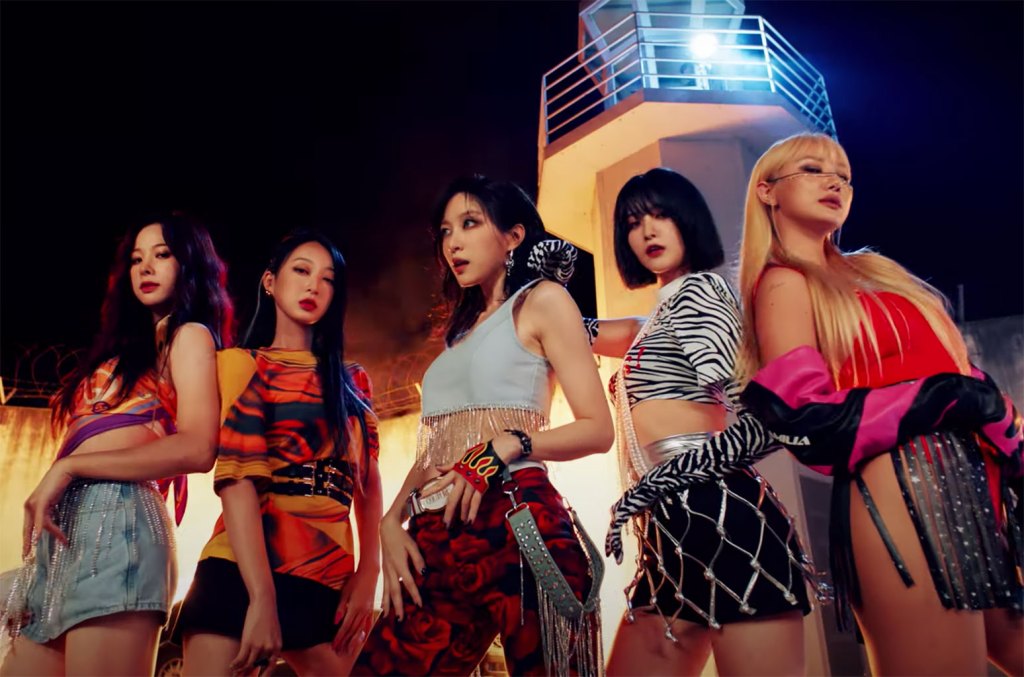 After announcing plans to focus on solo careers in 2020, EXID returns to release new three-track album X to celebrate a decade together. The new single “Fire” offers the same sexy, high-energy production the group was known for in their heyday and allows each member multiple moments to shine throughout the song and accompanying video.

Like most EXID singles, “Fire” was crafted by bandleader Elly (formerly known as LE) and K-pop superproducer S.Tiger, who helped form EXID. The X The single also features the nu-disco song “IDK (I Don’t Know)”, the fan-dedicated “LEGGO” titled after EXID’s fandom name, and an English version of “Fire”.

EXID officially entered the K-pop scene in early 2012 as a six-member cast, but months after their debut, three original members left. In August 2012, the famed five-member lineup of Elly, Jeonghwa, Hani, Solji, and Hyelin came to a close with the release of single “I Feel Good,” making the early fall of this comeback all the more appropriate. EXID’s biggest impact came in 2014 when their single “Up & Down” unexpectedly went viral and topped the Korean charts months after its release, thanks to a video recorded by a Hani fan performing his choreography. Although their brilliance did not reach the Billboard charts, it paved the way for seven EXID singles to enter the Global Digital Song Sales chart (peaking at No. 5 with 2018’s “I Love You”) as well as five Global Albums entries (climbing to #4 with their 2017 Eclipse PE).

As K-pop continues to expand globally, more groups are reaching their 10th anniversary together (although fewer female acts tend to hit the mark). EXID not only defies the odds with their unlikely rise to fame, but returning after a decade together signals an industry that is increasingly healthy and able to sustain all of its stars for longer.

Watch the “Fire” music video below: