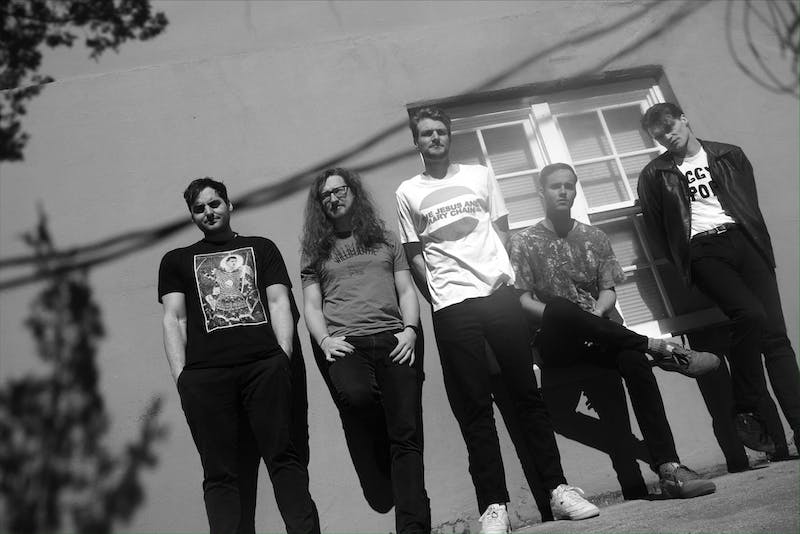 The members of Lauds, an indie rock band from Wilmington, share a love of music, their hometown, and UNC basketball.

So when the release show for their EP “II” was scheduled for the same night as the men’s basketball Final Four game between UNC and Duke University, the band was too eager to watch the game.

“So we played the show and immediately walked across the street to this oyster bar to watch the last 10 minutes of the second half,” said lead guitarist and UNC Class of 2021 alumnus. the Holt Evans III graduate school. “The guys in the band are already some of my best friends and having that moment with them and watching the game was so much fun – banging each other, screaming.”

With the beat of drums and the strumming of a guitar, the band released their first single in 2019 and plan to return to their Chapel Hill roots.

Inspired by British rock of the late 1980s and early 1990s, as well as 1970s Krautrock, Holt Evans III said Laud’s sound is similar to bands like My Bloody Valentine and The Cure.

“(Our sound) is catchy – it doesn’t rock too hard but it strikes a nice balance between rock and pop,” Boyce Evans said.

The group, which released two EPs last year, is currently working on writing and producing its debut studio album. They work with Fort Lowell Records, an indie-rock label based in Wilmington.

James Tritten, who owns Fort Lowell records with his wife Tracy, said he started working with Lauds after their song “Don’t Mind” was featured on the Fort Lowell-produced album, “Grow: A Compilation in Solidarity with Black Lives Matter”, which was released as a 2020 fundraiser. The group continued to elevate their talent and skills after each release.

“Everything they do – I just think it’s absolutely amazing, just stellar,” he said. “And it’s getting better. Every release they come out, I’m always amazed at how wonderful it is.

The band said they felt connected to Wilmington through music.

“Being a really beautiful place by the ocean is really a factor in a feeling that we put into a lot of our music,” said Holt Evans III. “McKay and I surf a lot. We spend a lot of time on the water, so it’s a really nice place to contemplate life, a lot of our songs are also contemplative.

Glasgow wrote the song “Sandpiper” from their debut EP inspired by walks on his wharf in the area where he grew up, and the sounds of sandpipers birds that are native to Wilmington.

“This song is kind of about remembering and coming back to a place you know very well,” Glasgow said. “There’s even some kind of ambient noise from the dock.”

Outside of music, being current and former UNC students and watching Tar Heel basketball brought the band together even more.

“It’s definitely something that unites us all outside of music,” said Holt Evans III. “I think it’s so important for bands to have relationships outside of the music and I think it contributes to a sense of kinship and brotherhood”

Holt Evans III said his father – Holt Evans II – also served as the group’s dad, helping them record in his home with his collection of old-school recording technology.

“My role is just to try to get the best recorded versions of their songs and sometimes have an influence on their arrangements,” Holt II said. “Obviously I’m prejudiced, but I haven’t heard anyone here doing what they’re doing.”

Lauds hopes to continue to grow and be able to play in bigger venues across the state.

“I mean, it’s an obvious brotherhood between them,” Tritten said. “It’s a beautiful thing to watch.”

To get the day’s news and headlines delivered to your inbox every morning, sign up for our email newsletters.

Ten things to do when heading to a Red Rocks concert