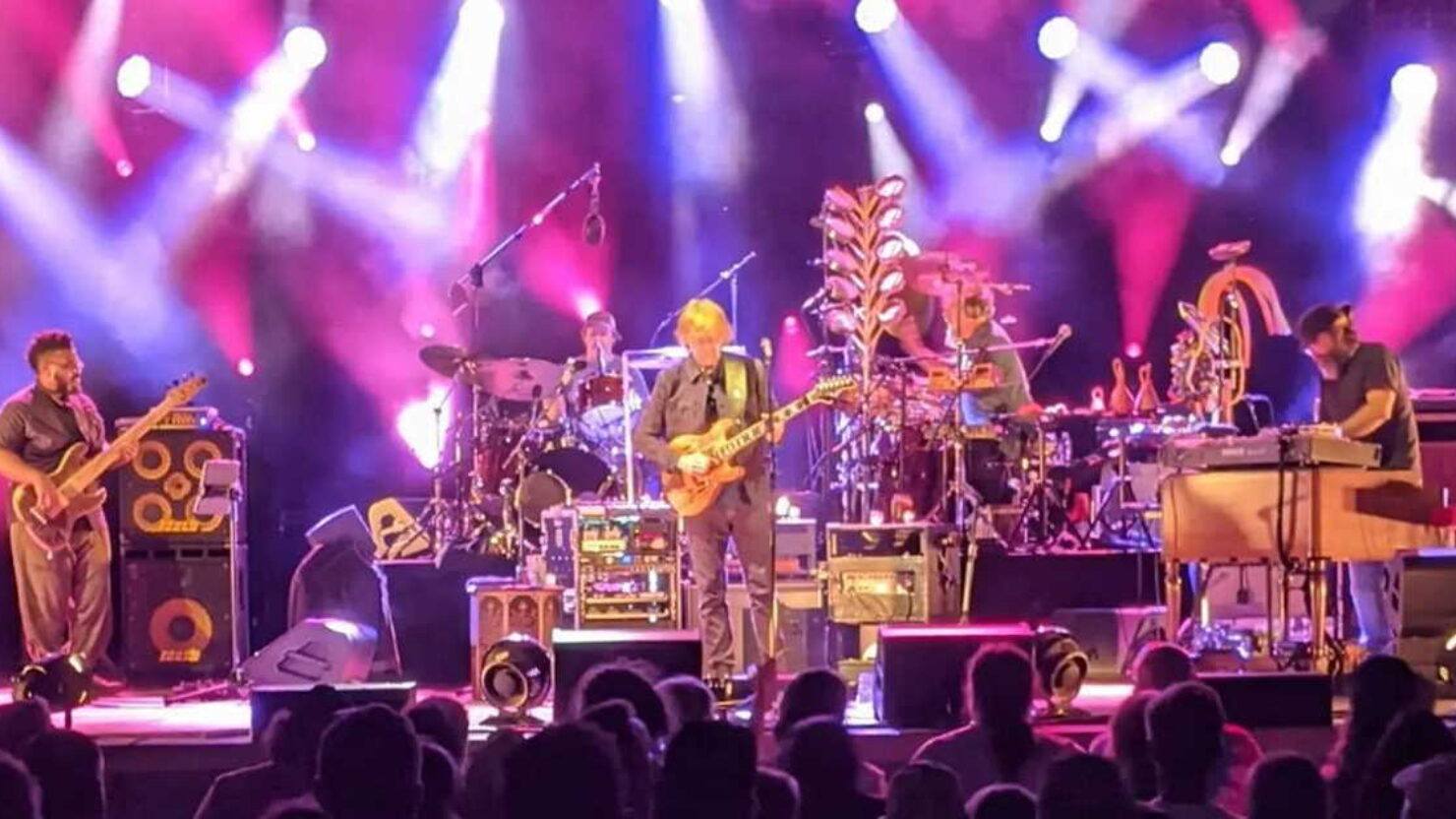 The quintet focused on improvisation at Stage AE on Wednesday.

Jon Fishman was on board for yesterday’s concert and will be on drums for the remainder of a tour that ends Sunday at Radio City Music Hall in New York City after TAB drummer Russ Lawton tested positive for COVID- 19. The quintet set the tone from the start by opening the show with a wild 21 minute “46 Days” and followed with an even more adventurous “Blaze On” that lasted almost 30 minutes. “46 Days” marked TAB’s first +20 minute jam since “Mud City” on December 8, 2006, according to Phish.net.

Douglas and Fishman were immediately locked into a “46 days” with fireworks galore from Anastasio and tasteful organ work from Paczkowski as Baptista added layers of percussion. TAB stepped away from the song’s progression as they explored a funky jam space during the opening. Anastasio and his band mates then varied the tempos throughout “Blaze On” and painted outside the lines for a happy excursion. Then there was an “Undermind” powered by Fish. Trey let it fly with a powerful solo in which he used a particularly dirty tone. Last night’s first set ended with a “Ghost” which, at 10 minutes, was the frame’s shortest song. Fish provided backing vocals and laid the foundation for a build to a huge peak.

The crowd in Pittsburgh sang “Happy Birthday To You” to Anastasio, who celebrates his 57th birthday today, as the band took to the stage for the second set. “Party Time” launched the frame well. The celebration song was extended to almost twice the length of the longer version Phish as Scott Marks pointed out. Paczkowski shone on “Party Time” with barrel piano styles and impressive work on the organ and Clavinet. Ray and Trey hooked up on a cool progression towards the middle of the song before the band brought “Party Time” to near silence for a spatial conclusion to the jam. The “Ocelot” that followed was also nicely extended and featured a master class in Anastasio’s tone.

The TAB staple “Gotta Jibboo” came next. Anastasio and Paczkowski exchanged solos leading to a pleasant climax. “Jibboo” bled into a stellar “Plasma” that was extremely tight for programming that had never played together before. Ray accentuated Trey’s bluesy tracks with perfectly placed counter melodies. The quartet went on to focus on Trey’s 2020 quarantine album, Lonely journey, ending the set with the title track and rocker “I Never Needed You Like This Before”.

Anastasio and his company closed the evening with an encore with “Twist” and “First Tube”. Douglas performed in the first with a bubbling bassline that alternated just enough to keep it interesting. Trey went with an evil reverse delay tone towards the end of the song. “First Tube” gave the band and the fans one more chance to rage. Next up for the Trey Anastasio Band is a Friday night concert at The Anthem in Washington DC

I have Jibboo, Plasma

This show took place in the amphitheater and featured Fish on drums in place of Russ Lawton who had recently tested positive for COVID-19.

The music industry is an unexpected victim of a plastic shortage