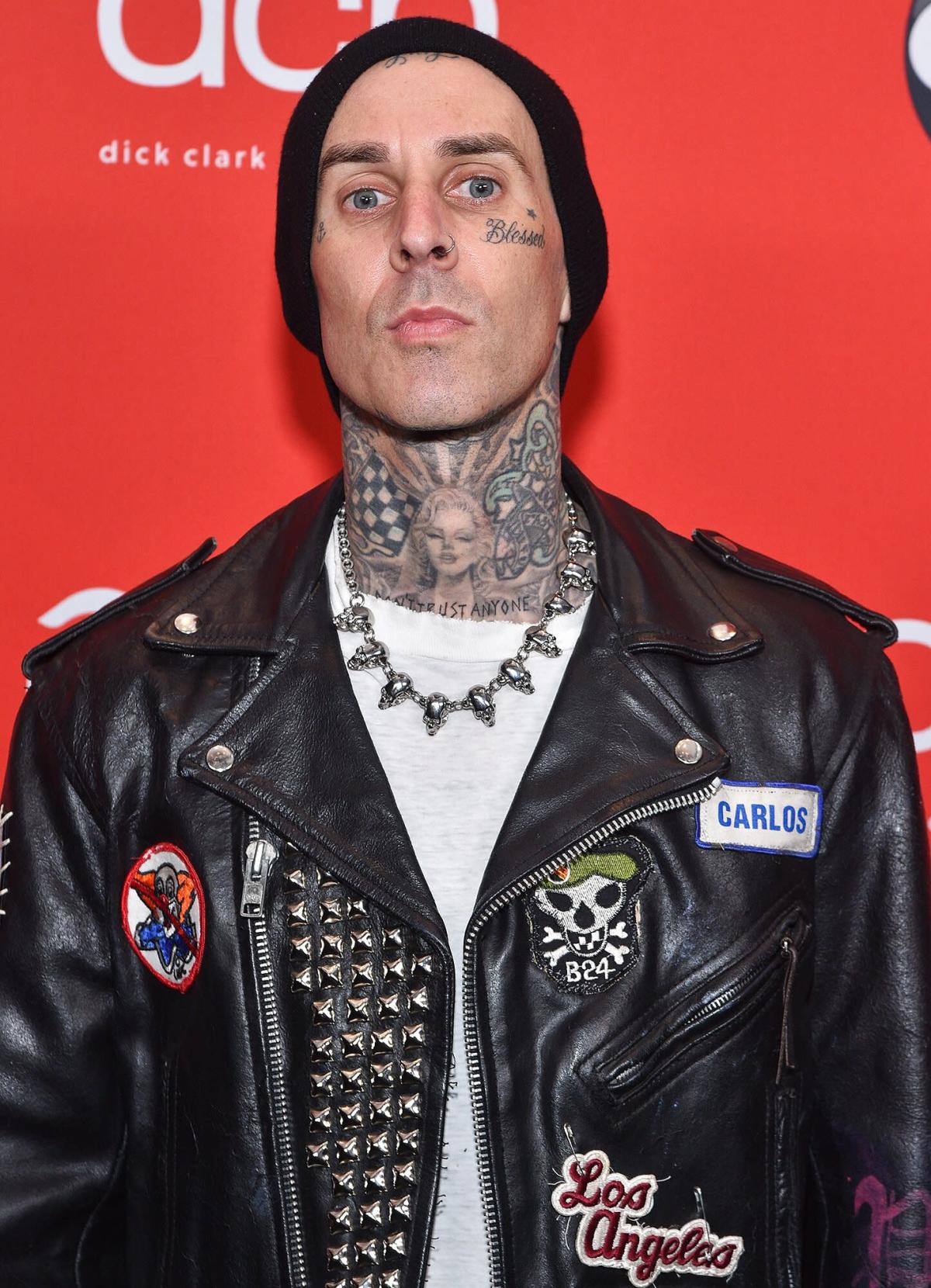 The Blink-182 drummer, 46, shared a series of photos of himself getting a hawk tattoo on his foot on instagram Wednesday. In a photo, he grabs Kourtney Kardashianfamed tattoo artist Mark Mahoney’s leg completes the body art; in another snap, Barker and Kardashian share a kiss. He also posted a close-up of the tattoo and a throwback of him and Hawkins together.

“HAWK forever 🦅 Thank you @markmahoney_ssc“, he captioned the message.

“I don’t have the words,” he shared alongside a black-and-white image of Hawkins sitting in a concert hall. “It’s sad to write this or never see you again.”

“I’ll never forget the days in Laguna Beach when I was a trash man playing in a punk rock band and you played with Alanis [Morissette]. You’d come watch me play at dive bars and say, ‘Kid, you’re a star,’ he continued. “And I thought you were crazy, but you gave me so much hope and determination.”

Barker then recalled how their bands toured Australia together. He shared that he had “the fondest memories of smoking cigarettes in the toilets on the flights we were on together and watching your set every night.”

“Saying that I will miss you my friend is not enough,” he concluded. “Until next time we talk drums and smoke in the boys room…Rest In Peace 😢🥁💔.”

Hawkins died in Bogotá, Colombia on March 25 after complaining of chest pain at his hotel. A preliminary urine toxicology test found 10 different substances in his body, including THC, tricyclic antidepressants, benzodiazepines and opioids, according to Colombia’s attorney general’s office. An inquest into the cause of death is ongoing.

The Foo Fighters — made up of Dave GrohlPat Smear, Chris Shiflett, Nate Mendel and Rami Jaffee – confirmed the loss of Hawkins in a statement shared on their Twitter account last month.

“The Foo Fighters family is devastated by the tragic and untimely loss of our beloved Taylor Hawkins,” the post read. “His musical spirit and infectious laughter will live with us all forever.”