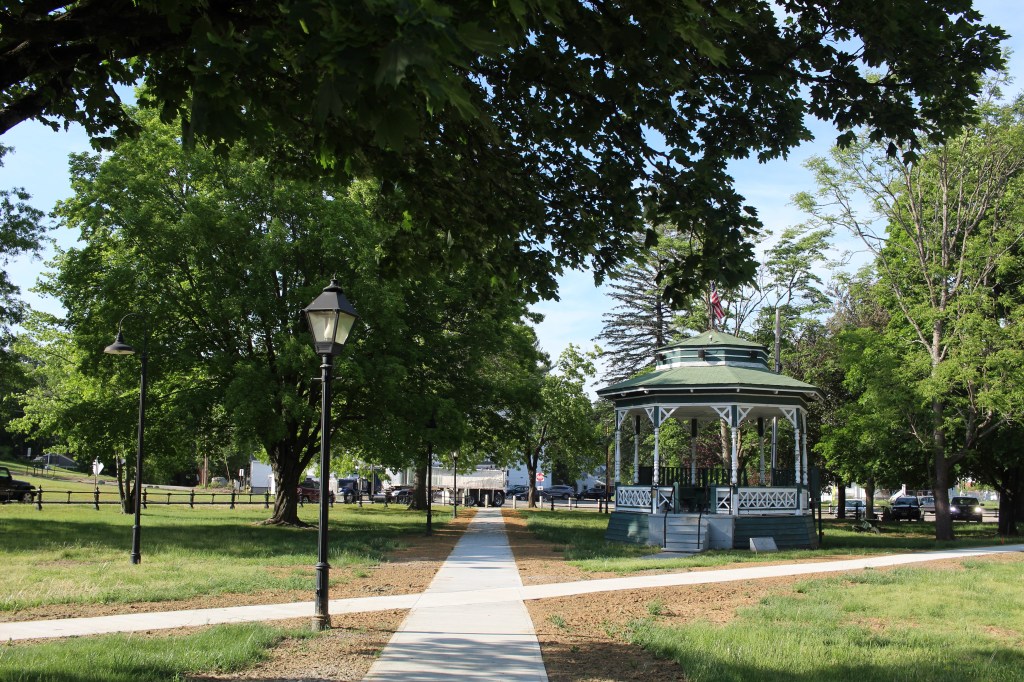 Weather permitting, the group will play a concert from the group’s stand in the town every Thursday between 7:30 p.m. and 9:30 p.m. until at least August 12. The Townsend Military Band is managed by Betty Mae Tenney of Townsend and directed by Thomas Souza of Chelmsford.

Souza is the director of the wind ensemble at Brandeis University, the head of the music department of the public school system in Nashua, New Hampshire, and the group director at Fairgrounds Middle School in Nashua. He plans to perform well-known performance tunes, marches, patriotic music and children’s music during the Thursday night performances of the Townsend Military Band.

The concerts are funded by the City of Townsend. Lawn parties hosted by local organizations that offer food, kids’ activities, and other assorted tables are held in conjunction with these concerts. Participants are encouraged to bring their lawn chairs or blankets to the commune and enjoy the great music and company of friends and neighbors as well as the variety of food and drink for sale.

The Townsend Community Couples Club will host the Lawn Party at this year’s inaugural show. Couples Club members will offer spectators hamburgers, hot dogs and sausages with peppers and onions. Fried dough, crisps, hot coffee, cold soda, and bottled water will also be available for purchase. A wide choice of homemade pastries will also be offered.

The Townsend Community Couples Club is a non-profit organization. The money collected is used to finance one or more projects for local organizations. In the past, they have funded scholarships to North Middlesex Regional High School, Sundays to Townsend Public Library, Stop the Bleed tourniquet kits, a new refrigerator for the West Townsend Reading Room, Welcome to Townsend signs, as well as the common flag and pole. .

The Townsend Military Band will open their concert at 7:30 pm playing Bigelow’s “NC-4 March” and Walters’ “Hootenanny Folk Festival For Band”. â€œHighlights from Willy Wonka and the Chocolate Factoryâ€ by Bricusse and Newley, â€œAn Irving Berlin Saluteâ€ arranged by Jennings and â€œInvercargil Marchâ€ by Lithgow will be performed. â€œJust A Closer Walk With Theeâ€ arranged by Gills, â€œHighlights from Jersey Boysâ€ arranged by Brown and â€œSons of the Braveâ€ by Bidgood will be performed during the first part of the concert.

â€œAmerican Patrolâ€ by Meacham, â€œOur Americaâ€ arranged by Higgins and â€œCherishâ€ by Decamp will be performed after the intermission. The â€œTribute to the Armed Forcesâ€ arranged by Bulla and Sousa’s â€œThe Stars and Stripes Forever Marchâ€ will be performed before the Townsend Military Band ends their concert at 9:30 am playing the â€œStar Spangled Bannerâ€.