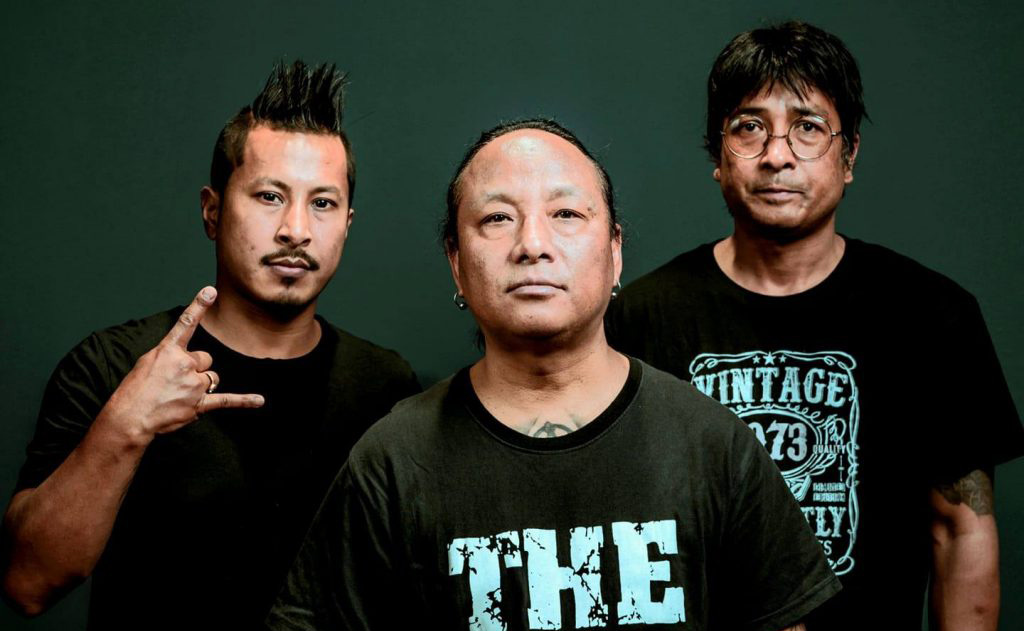 The Ax Band is one of the few three bands in the Nepalese music scene. The band is most famous and popular for their funky sound. The 30-year-old group has contributed a lot to the Nepalese music industry by creating many evergreen songs.

Here we have selected the 10 best songs of The Ax Band.

Lukna Deu Malai is The Ax Band’s most popular song from the album A Decade. The music is well received for its guitar strum that takes place in the intro. Most beginner guitarists prefer to learn the instrument from this song.

It’s another hit from the band. Love letters were once considered the best way to propose and impress loved ones during those years, but this song contradicts the idea. The lyrics of this song say that love is not found in newspapers.

The way this song starts is interesting. It begins with a bass line and slowly accompanies a funky guitar sound and drums. This song is also part of The Ax Band’s album, A Decade.

This song is about how Chyangba Dai (a man) changed after his marriage and started avoiding Maichyang (his beloved before marriage). It is also The Ax Band’s first song after changing their line-up, replacing Sarad Shrestha with Sajal Rajabhandari.

It’s one of the band’s most moving songs. It is the band’s only acoustic song. The lyrics of the song say that the singer sees his beloved almost every day in a dream, but in reality she is far from him.

Timro Najar Le is another evergreen song from The Ax Band. The song’s guitar rhythm is as popular as its composition. In this song, the singer is bewildered by a girl he likes. He doesn’t know who she is and how he should approach her.

In this song, the singer says he doesn’t care what other people say to the girl he likes. The song is from the album Kammasaka.

The song is taken from the album Farkera Herda. The singer of this song is about the girl he saw in a dream who was in a tea garden.

In Ma Aaudai Chhu, the singer shares his commitment to the girl he loves. He says he is coming to receive her and he will never leave her.

Simana is a patriotic song by the group. This song tells how the land of Nepal is being encroached from the neighboring side. This song at the time even caused controversy and some televisions banned its broadcast.