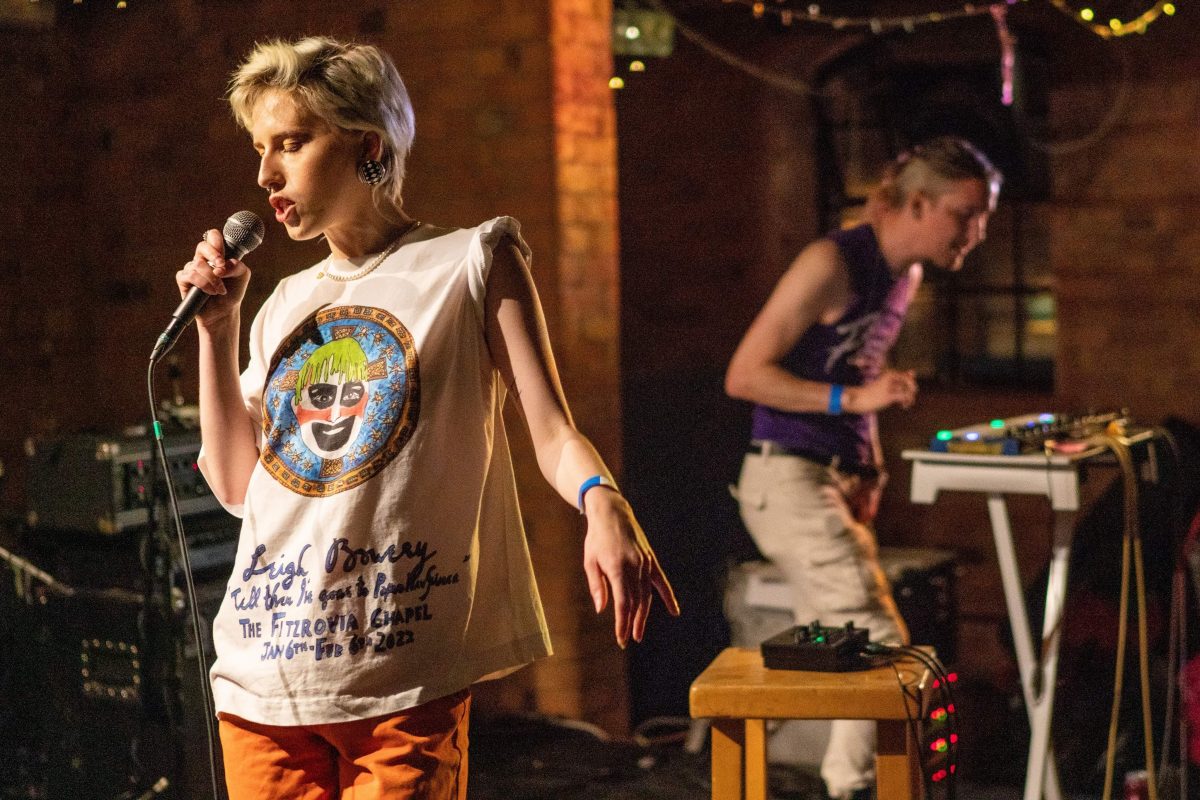 Amy Britton picks out a selection of highlights from the tenth annual Waterfront Festival, a varied line-up in the beautiful surroundings of Nottingham’s historic Canalhouse.

This year’s Waterfront Festival – the annual event organized by I’m Not From London – has gained a festive new vibe, marking the tenth anniversary of the festival. Well, sort of – technically it would have been the festival of 2020, but with the huge pause button on the world, it seems fair to bestow that honor on this year’s event instead. Either way, he has certainly become a staple of the Midlands music scene, accelerating the careers of many bands and raising thousands of dollars for various charities.

Deciding first who to see and then who to write about is no easy task, but a good start is the ingeniously named quartet Stuart Pearce – always destined to grab attention in Nottingham lists – whose post-punk-infused agit-prop brims with sharp hustle. A similar tension might also initially seem to be found in Beejarabbit following them on the same stage, with their opening cover of the Metric Monster Hospital-laden anti-war track, but it quickly becomes apparent that they actually specialize in a mix entertaining with unapologetic pop and rock ‘n’ roll sensibility.

High on my list of priority acts to catch was Yup Maria, having already been consistently impressed with her live sets as a singer with Grawl!x, and the first time I see her perform with this new solo project does not disappoint me. Joined by a contemporary dancer, Maria’s set is a thing of performative, ethereal beauty that showcases her voice and holds the afternoon audience captive.

If Yay Maria builds a cosmic vortex, then psychedelic quartet fatty bamboo opt for the most kaledioscopic whirlwind to attract their listener. They never let you forget for a second how accomplished musicians they are, with intricate guitar solos and moments when the members switch places and instruments to show off the extent of their talent, but that’s not never done in an overtly demonstrative or music teacher way. Instead, they use it to dig a magical, colorful rabbit hole reminiscent of the elevators on the 13th floor.

“60s meets present,” is a reverberating vibe; Sancho PanzaThe West Coast-tinted jangle lends some warmth and escape to the day’s drizzle, while midnight rodeo taking the edges of psychedelia, transplanting them into a spaghetti western landscape and thus giving us something fresh and absorbing. With the recent release of Shootout Sunday confirming their place as an exciting and up-and-coming act, Midnight Rodeo’s consistency as a live act is further enhanced by their performance at The Waterfront. Singer Maddy Chamberlain exudes a natural soul; even a last-minute addition to the set (a cover of Norma Tanega’s You’re Dead, in keeping with the festival’s loosely suggested Dead Icons theme) seems effortless. Like Mama Cass singing along to a score by Ennio Morricone, Midnight Rodeo’s sound is one to keep an ear to the ground – or across the border.

Ripping on the same stage with full throttle power, Fake are ignited by the spirit of punk. Charismatic frontman Alex Sabey vacillates between dead-eyed funny expressions and unbridled energy, practically hanging from the beams of the historic venue as he spits out every raw statement of intent. Similar energies in a very different way can be found upstairs with a hip hop act Louis Cypher and local healerswho team-rap their thoughtful and often timely lyrics against minimal, memorable beats that get the crowd going.

Following Louis Cypher and the local healers upstairs is a must in Notts I am Lono. Their brand of edgy, synth-heavy post-punk, with more than a very authentic little nod to the darker edges of the early 80s, feels more projected and expansive than ever as their live sound continues to turn into something extremely atmospheric. ; their scope and expanse seem larger than the room itself.

Another pattern emerging among some of the day’s highlights is “less is more,” with duets and solo artists showing that fewer people don’t necessarily mean a smaller sound. The blues-tinged duet Whiskey Stain sounds as full as most quarters, while the ever-wonderful Eastern Witch fills the stage with as much intensity as ever thanks to its raw, confessional brand of grunge.

Perhaps no one sums this up better than the headliners Arch Femmesis. I had first seen the avant-garde duo (consisting of synthesizer Meddla and singer Zera Tonin) at the Waterfront Festival 2019, playing one afternoon on the outdoor stage – when most of those who saw it actually were completely hypnotized, it’s safe to say not everyone “I got it”. But three years later, fresh off a tour supporting The Lovely Eggs, they have fully sealed their credentials as worthy headliners. Their sound shimmers with pulsing synths and crystal-clear vocals making each of their points – usually two fingers to patriachism and convention – very clear. As Zera Tonin, dressed in a Leigh Bowery t-shirt, prowls with an absolute Brechtian attitude towards her audience, which the art house duo have proven by reaching headlining status, it is that you don’t always have to compromise to be successful. Of course, it helps that festivals like The Waterfront, willing to be brave and bold in their choice of acts, still exist. Here are the next ten years…

All words by Amy Britton. Learn more about his archives