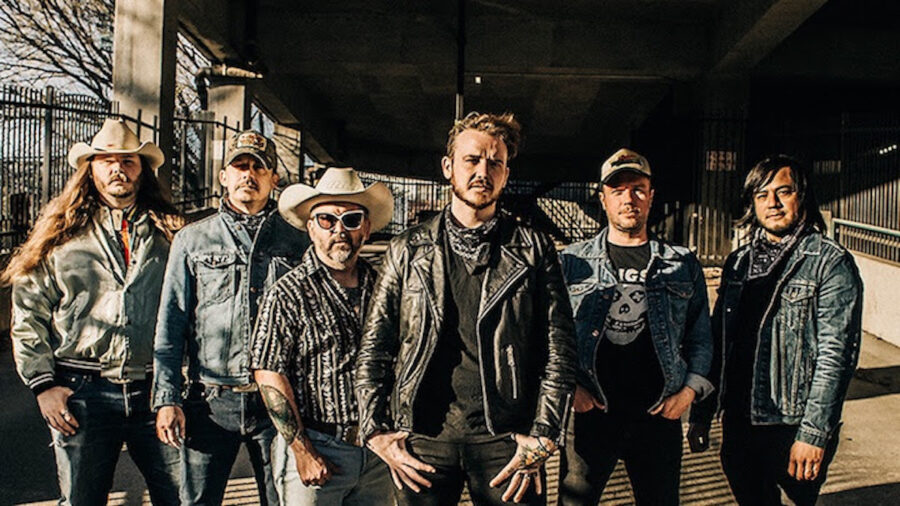 The Dallas/Ft. The Worth-based Vandoliers might know the fiddle and occasionally sport cowboy hats, but underneath their beaded snap western shirts are sleeves of punk rock tattoos and the occasional faded Clash t-shirt. The band, which has spent the last seven years successfully fusing punk influences with the heroes of Outlaw Country perfectly – is one of the few who can skip an opening tour for Flogging Molly and go straight to the premiere. slice of the Turnpike Troubadours (as they did earlier this year).

On their self-titled LP, their third album, the band are tighter than ever with a set that perfectly balances their country side with loud, often distorted guitars, and the occasional Tejano horn, building perfectly on the foundations that have been laid. with 2017 The Native and 2019 Still. The bulk of the songs here were actually written shortly after their last release, but the pandemic put an end to their very first European tour, canceled their plans to finish recording (after two weeks in the studio) and, to top it off a shitty situation, saw the implosion of their former label (Bloodshot Records).

“We wanted to make an album that had the same power as our live performance – a big, tight sound,” vocalist Joshua Fleming said recently. “Through trial and error, label closure, fatherhood, sobriety, relapse, the album grew on its own stylistically. After the most difficult two years of my life, we have created a collection of songs that push us as musicians, songs that reaffirmed my place as a songwriter and a confidence in us as a band that I don’t think we had before.

And despite this disparate way in which the album was written and recorded, there is a cohesion to the record that belies the reality of its making. The opening song, “The Lighthouse,” a sweet mid-tempo sentimental lullaby written for Fleming’s daughter who was born during the pandemic, fits right in among the rowdiest anthems here, like “Better Run” and “Bless Your Drunken Heart,” which has a Celtic flair that would impress their buddies in Flogging Molly, with punk rock-worthy gang vocals.

Impressively, Fleming’s knack for writing smart, relatable lyrics is best showcased on “Howlin’,” a song about heartbreak and longing…written from the perspective of a dog missing its owners. It may have taken a few years to finally come to fruition, this self-titled record is proof that the Vandoliers are just getting started and are hopefully setting a roadmap with this album for a very long journey ahead.

The top brass: Before two dedicated Proms, can brass bands finally get out of clichés? | Balls 2022