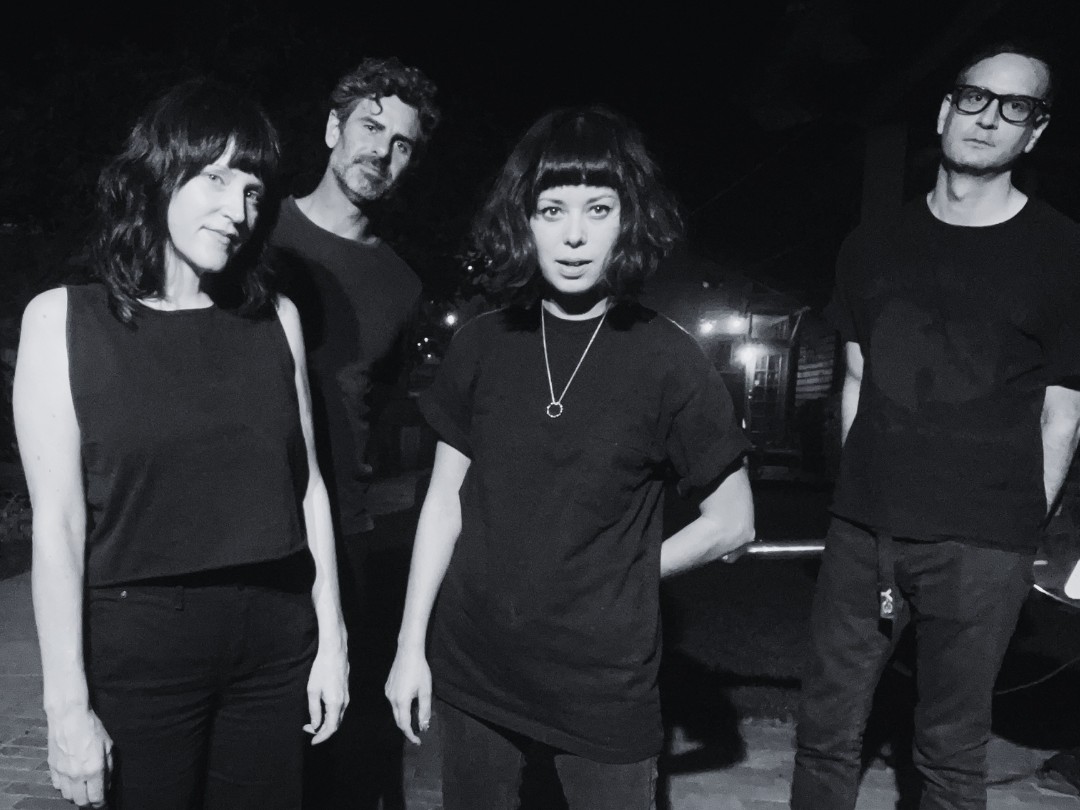 Two couples of musicians began to rehearse together during the lockdown. In less than a year, the band made their official debut, released three singles and are preparing for the release of their first full album.

DEFEM, pronounced as “defend”, is a new artistic and musical project by Sarah Scherer (organs and synthesizers), Chris Orr (guitars), Liz Liles (vocals, bass) and Zac Brown (drums). Sarah, Chris and Liz chatted with CapRadio’s Nick Brunner about what brought the band together and how they rely on each other more than musically.

Sarah Scherer: The name actually means “the five” in Swedish. We had seen a Hilma af Klimt retrospective in New York and there was a little note about how she was leading this woman’s art group, like a shoot. And these five women would get together and do automatic drawing and work very freely together and in collaboration. And we kind of like that idea, like the way it sounded, like that, it didn’t necessarily sound like a real word. You know, it’s just hard to name the band in general. So we found that we were super excited about the idea.

It is important to say that we are all individual artists ourselves. Liz is a dancer, I paint and draw. Christopher also does a lot of drawing; Zac is a graphic designer. We all have an individual journey, but for the group I would say it’s a bit more impulsive and collaborative.

Liz Liles: I just feel like there’s a lot of inspiration to be found in the visual art of Sarah and Christopher. Much of Sarah’s art that she does is around the lips, and it’s very feminine. And there is this kind of thing, especially with my lyrics, which is very feminine. So there is also this link.

Sarah: I do not know. It’s really pretty cool not to question yourself and go for it.

When did it become something you got engaged in as a full-fledged art and music project, instead of just getting together and playing music with friends?

Liz: At the start of confinement. Sarah, Christopher and Zac were all immediately unemployed when COVID hit. I was the only one who still had something to do. My workload has also decreased a lot. I like to be very busy. We are all very productive people.

Chris Orr: It’s something that has kept us mentally healthy and inspired, productive.

Liz, I read that there is a meaning for you in the lyrics to “Popped Off”, the first song DEFEM released. Would you discuss it with us?

Liz: Yeah, it’s just kind of a song about my mourning the death of my mom, which is kind of a theme throughout the record. But there is a line in the song – “The God Who Was Born Alone,” – which I found in one of my mother’s old poetry books from the seventies or something like that. She had found this line in readings on the Shinto religion, that my Japanese family practiced Shintoism. She wrote it in a poem that was about the death of her mother because she also lost her mother when she was young.

Has there been a bit of catharsis for you because of these feelings through the music of DEFEM?

Liz: Absoutely. I’m an Aquarius, it’s kind of weird to deal with my emotions. Aside from the lyrics, playing music is very cathartic. I mean, sometimes I caught myself almost crying as we practiced, not in a bad way, in a good way. Yeah I like that.

This one is for Chris and Sarah. The music from your previous project, Screature is very different from what you do in DEFEM, at least to my ear. How would you compare the two groups and what are you doing within them?

Chris: Sarah’s role in this group is a bit different. DEFEM kind of reinforced her in a lead role – playing a lot more melodic leads and rhythmic parts, like a second guitar almost.

Sarah: … and alternative riffs and everything. Try out a new instrument that’s always fun and scary.

It looks like a theme within the group. Liz, you talked about going from drums to bass and being in the foreground, and I’m not used to seeing Zac behind drums.

Liz: Yeah, Zac never played in a band as a drummer. It was funny because I was a drummer, Zac was always a bass player and we were freaking out. Yes, Christopher is the only one playing the way he is used to playing in a band.

NOSTALGIA: When Nirvana was basically the biggest band on the planet