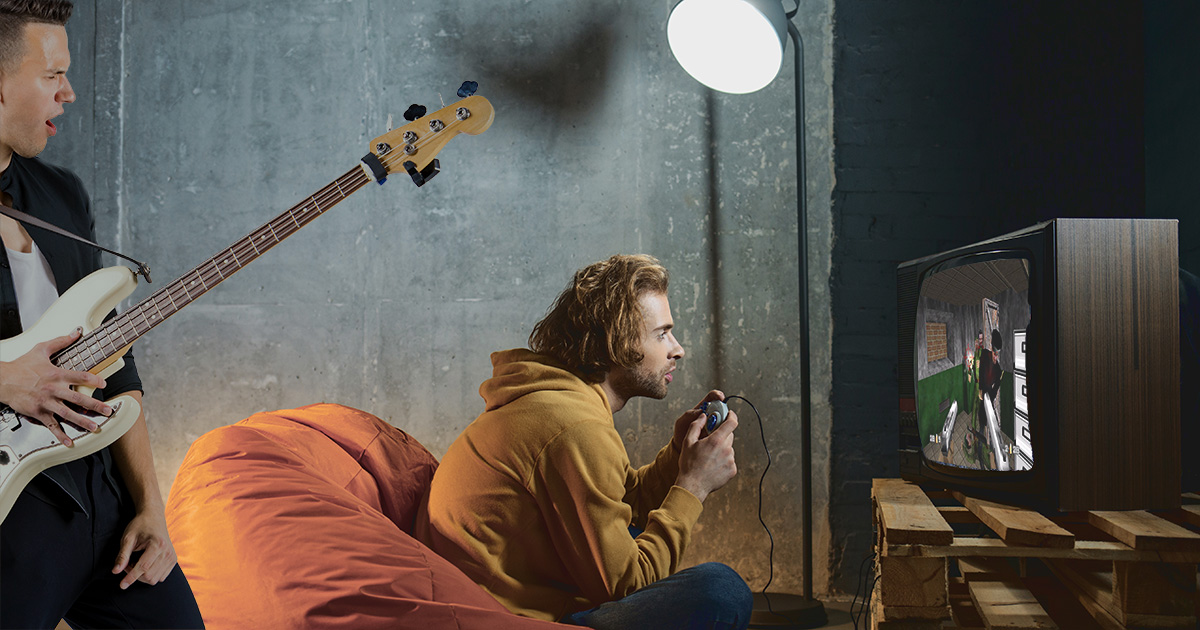 GRANVILLE, Ohio — Pop punk band Silver Glitter’ weekday rehearsal was cut short when the drummer’s older brother plugged in a Nintendo 64 in the basement, sources confirmed amid a “Goldeneye” tournament.

“I was trying to teach everyone the new song, but as soon as Nick came down with that translucent green retro console with the three multicolored wires on the back, I knew it was over,” said vocalist Mike Brannon while frantically figuring out how to kneel in the game. “I was hoping we’d just play for a few minutes, but he’s also got Perfect Dark, so I’m sure this whole day is going to be a bust. We’ve got a show in less than a week that we’re sadly not prepared for. So if I don’t make at least a few solid wins, I’m gonna be fucking pissed off.”

“Part of being a band is collaborating, working together and bonding, so playing games together actually helps us,” Perth explained, though he knows that doesn’t make sense. “I’m throwing this rocket launcher at you now, and when we’re on stage, we’ll have developed an ESP-like hive mind and will be playing tighter.” It’s scientific. I bet if I wanted to, I could find three or four poorly written academic papers on this exact situation. But I’m far behind and I can’t come back last. Nick has always dominated his previous victory over my head, and that was already 2 weeks ago.

Scene alum Dave Raller commented on the familiarity of the situation, having seen several bands fall victim to similar distractions.

“Years ago there was a post-hardcore supergroup that fell apart when the singer got this cable that connects the Gameboys so they could battle Pokemon,” Raller recalled. “The only band I’ve ever seen survive this dreaded nostalgia trap was powerpop trio Bells of Marinara, and that’s only because they rebranded themselves as a live gaming band. This N64 is pure Kryptonite.

As of press time, the band’s practice for Silver Glitter officially ended when the bassist started crying and Ms. Perth ushered everyone home.