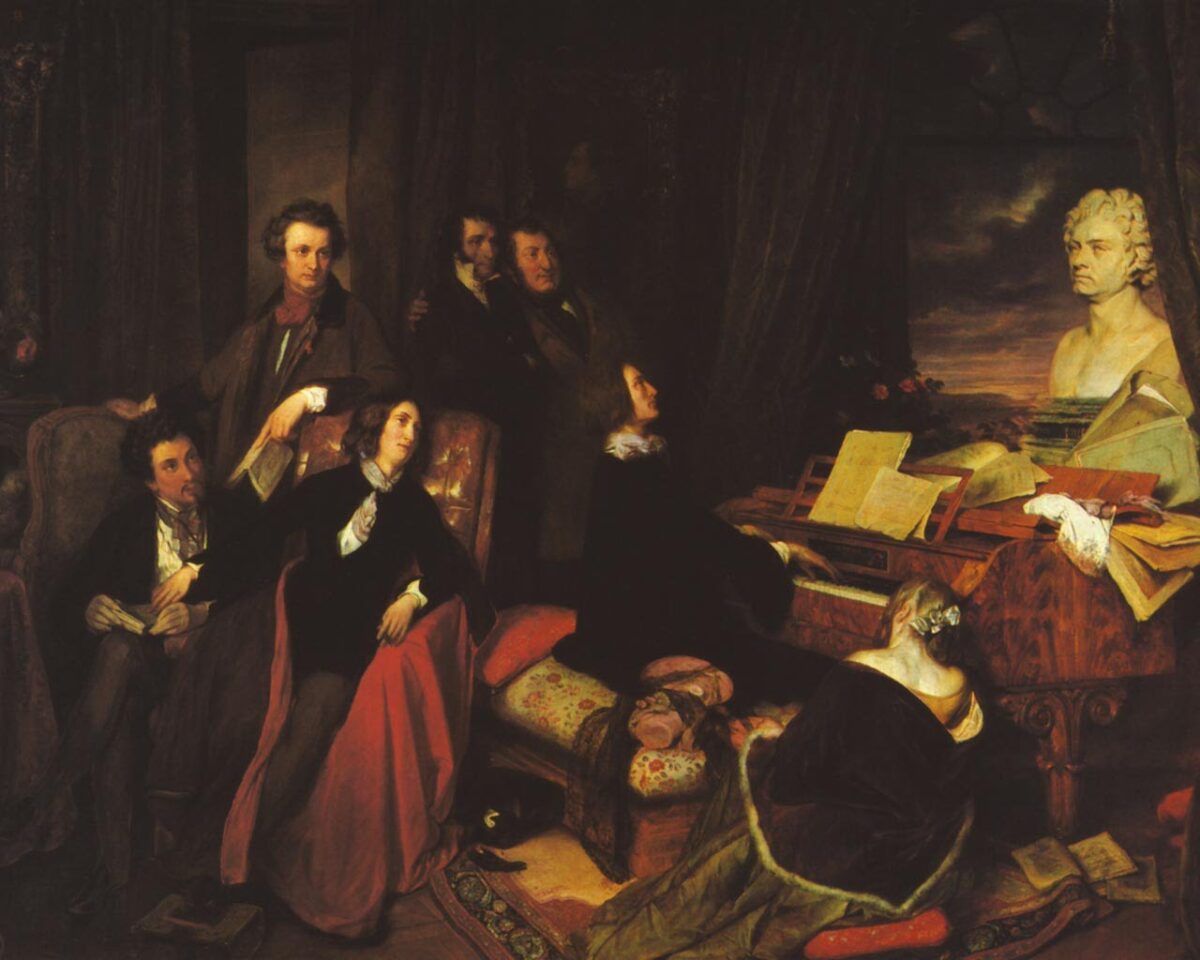 It’s no secret that music has a special attraction for young people. It is often an integral part of their identity and the main source of their models, good or bad (the “sick”, in particular, standing out). Rock stars and hip-hop artists become distant mentors who heighten negative emotions and create unrealistic expectations for life.

There was a time when not all musical celebrities were white noise and hot air. Rock stardom, in fact, has its roots in the most polished genre: classical music. The inspirations for these characters, however, were quite different from what drove the Rolling Stones, and their accomplishments were also on a much grander scale.

The European social order began to change in the 19th century. The Napoleonic Wars led to the demise of many small states and their aristocratic courts that patronized artists. As industrialization gave rise to a middle class, many musicians turned to the market to earn a living by teaching, performing, and composing to order.

Beethoven capitalized on this change. The appearance of his deafness marks a personal crisis that forces him to stop performing. He contemplated suicide but resolved not to. Throwing himself into his music, he developed a heroic individual style that expressed his emotions and made him popular enough to sell his work to the highest bidder. The more introspective and challenging style of his later years further redefined what music could do. When he died, more than 10,000 people filled the streets of Vienna to watch his funeral procession.

Beethoven became a cultural hero after his death. As J. Peter Burkholder, Donald Jay Grout and Claude V. Palisca note in “A History of Western Music” (WW Norton & Company, seventh edition, 2006): “His life story helped define the romantic vision of the creative artist. as a social outsider who bravely suffers to bring humanity a glimpse of the divine through art.

Another trend at the time was that musicians began to specialize in one instrument or genre. The prodigies honed their craft to unprecedented levels and amazed audiences with their technical prowess.

One of the most distinguished of these virtuosos was Niccolò Paganini, often cited as the greatest violinist of all time. His talent was so abundant – and his desire to show it – that in his most famous performance he broke first one string, then a second and shortly after a third. With only one string remaining, he finished the piece flawlessly to thunderous applause. It was no accident: he composed some of his pieces so that they could be played with a single string and filed the rest so that they would break during performance.

Paganini suffered from a host of ailments throughout his life. He probably had either Marfan syndrome or Ehlers-Danlos syndrome, disorders that affect the body’s ability to produce connective tissue and gave him a skeletal appearance. In addition to this, it has been suggested that he suffered from tuberculosis and syphilis. To cure syphilis, he was given mercury, which made him lose all his teeth.

Like Beethoven, Paganini transcended his health crises through art. According to his mother, an angel came to her while she was pregnant with him and told her that her son would be destined for greatness, but at a cost. The syndrome affecting his connective tissue also gave him long and flexible fingers. As the sickly boy grew older, he devoted all his free time to mastering the violin until he could play 12 notes per second. His showmanship and dedication to his craft set the standard for violinists who followed him.

Francois Liszt embodied the first musical celebrity. He idolized Beethoven who, after listening to Liszt play for him as a child, is said to have kissed the boy on the forehead and told him he would bring “joy and happiness to many”. Liszt was also inspired by Paganini and sought to become the piano virtuoso. He began giving solo recitals in large halls across Europe at the age of 11, turning the piano on stage and opening the lid to showcase the exhibit.

His concerts have become legendary. The poet Heinrich Heine described him playing a piano imitation: “We saw the lightning flash across his own face, his lips quivered as in a storm, and his long locks of hair seemed to be dripping with the storm he portrays.”

These performances caused states of hysteria which Heine called “Lisztomania”. People fainted. The audience rushed onto the stage, tearing apart Liszt’s velvet gloves and silk handkerchiefs for souvenirs. Women would put his locks of hair, leftover coffee, and even a cigar butt in flasks or lockets to wear.

According to Heine, a doctor explained the phenomenon by “the magnetism, the galvanism, the electricity” of perfumed and sweaty people crowded under wax lamps. Whatever the exact cause, the effect was real: Liszt was the first rock star.

What’s the difference between Beethoven’s brooding expression and the manic-depressive lyrics of an emo punk band? Or Liszt’s dramatic staging versus a pop star’s carnal dance routine?

Just this: that behind the disproportionate personalities, there was truth; behind the suffering, the beauty. The histrionics of Paganini and Liszt displayed a virtuosity unmatched by anyone on earth. Each composed new technically challenging pieces and shaped performance traditions, such as the expectation that players memorize pieces instead of relying on sheet music.

In his same series of “Feuillons musicals” dealing with Liszt, Heine asks: “What is the highest in art?” Which is also the highest in all other manifestations of life: the conscious freedom of the spirit. He observes that this “projects us this miraculous breath of eternity”, which places the performer on the same spiritual level as the composer.

Heine, however, distinguishes between freedom “of form” and freedom of “material”, cautioning against artists who lose themselves in the latter as being “generally limited and chained in spirit”. Musicians who are ready to talk about anything will escalate into, well, look around at the top of the charts for a while before sinking into obscurity forever.

By linking freedom to eternity, Heine illustrates the paradox of freedom: to be meaningful, it must tap into something objective. Beethoven, Paganini and Liszt all combined their innovations with a respect for the past and in doing so created something timeless.

Andrew Benson Brown is a Missouri-based poet, journalist, and writing coach. He is an editor at Bard Owl Publishing and Communications and the author of “Legends of Liberty”, an epic poem about the American Revolution. For more information, visit Apollogist.wordpress.com.