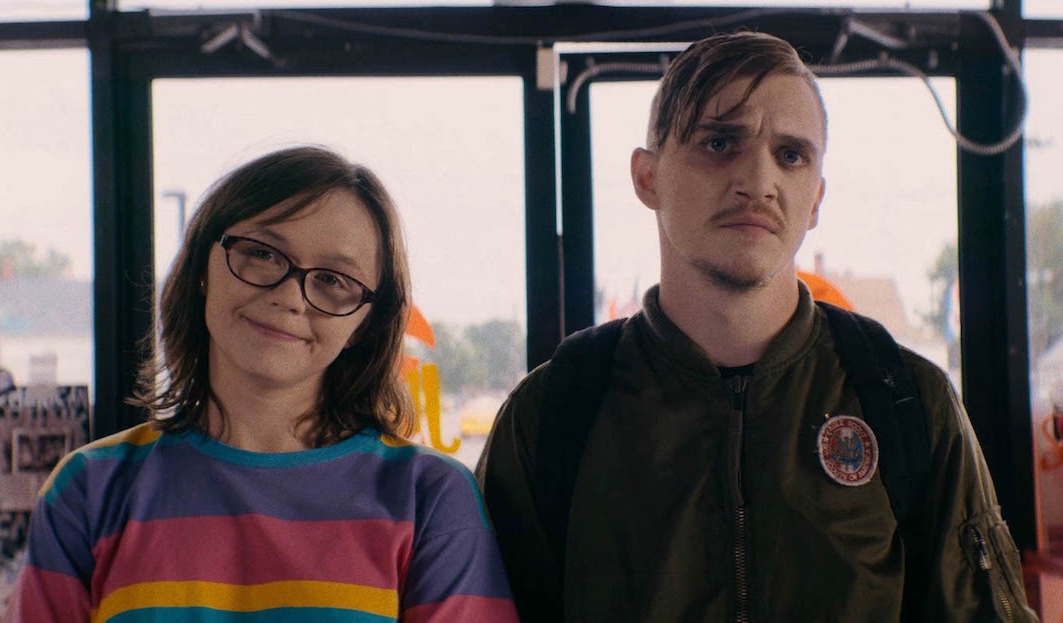 Lately SF Indiefest has been producing new festivals at such a rate that one day he might need to tie his hits. But this week brings Decibel Musical Film Festival, which is a particularly welcome newborn in that unless you count the annual Noise Pop movie / video sidebar, or the usual generous tilt of the recent Mill Valley Fest towards the themed titles of music, the Bay Area has not had a film festival dedicated to the 4th art. (Cinema is officially the 7th art, and the only addition since the Renaissance.)

Of course, there have always been and always will be feature films and musical shorts (as well as live performances) in other Indiefest events. The decibels sink into this ground during its first edition from Wednesday 27 to 7 November. In-person screenings are limited to the first five days, starting with a documentary The rise of synths (narrated by original Halloween director / songwriter John Carpenter) followed by a dance party with DJs, both at SOMA’s historic DNA Lounge.

On Thursday the 28th, things are moving at the Roxie Theater with an excellent double program, Penny Lane’s Listen to Kenny G, and last year’s Sundance hit Dinner in America. The first is both a portrait of the best-selling instrumental recording artist of all time, and a bemused examination of why such a popular guy is also so widely hated, especially by “purists” and jazz critics. The tenor saxophonist himself (née Kenneth Gorelick) is cordiality itself, though every now and then breathtaking selfish lyrics gush out of his mouth. Indeed, he seems very eager to please, not only his audience but also the filmmaker. Yet we hardly ever see him interacting with collaborators, or even friends / family: for the camera, as on stage, he is a soloist, which is one of the reasons skeptics of his music “paper painted ”do not consider it to be real jazz, a form based on active interaction between musicians.

But Kenny G doesn’t care, even if he’s not even called “easy listening.” (His music was so popular that the “smooth jazz” radio format was virtually invented to adapt it to the early 1990s.) It may feel “underrated” in some circles, but in others it is. omnipresent. And it is not by chance either: it is a relentless self-promoter whose ambition knows no limits, nor of shame. At one point, he’s pondering the possibility of writing soundtracks, and it’s obvious he cares a lot less about the film projects themselves than whether he could win an Oscar. Lane clearly finds Kenny G entertaining, and so do you, although I must admit that at the end of Listen I found his carefully packaged personality as infuriating as the “musical cabinet” (as one reviewer put it) he has been selling for decades now.

The protagonist of Adam Rehmeier kicks a lot against such stings. Dinner in America, an anarchic comedy set in the bourgeois suburbs of Detroit. Simon (Kyle Gallner) is a musician, drug dealer, drug enthusiast, and frontman of a punk rock band in the masked guise of John Q. Audience. He’s also a bit on the run, creating a situation where he’s happy to pose as a highly unlikely Mohawk missionary in order to hide under the roof of Patty (Emily Skeggs) and her parents. .

Application Pension man‘s surrealist tenor to a (just) a little more conventional fish-out-of-water, feel-good almost-romcom, Having dinner is rude, whimsical and headbanging at the same time, it’s a lot of fun and the lead Gallner is fantastic. Other Roxie shows this coming weekend include documents about a format’s resurgence (Vinyl country), a new generation of hip-hop talent from SoundCloud (American Rapstar), a legend of the local rock journalist (Like a Rolling Stone: The Life and Times of Ben Fong-Torres) and Angelo Moore of Fishbone (ForeverMoore). There will also be a screening of the 20th anniversary of Groove, the best underground rave sci-fi narrative film of all time. (Well, next to the most recent Scottish Beats.)

Decibels Film Fest will continue for another week as a virtual event, with a wide range of on-demand titles (available October 28 – November 7) encompassing everything from a global air guitar competition (French Kiss goes to Oulu) Native American shredding (Ground Metal), covering locations ranging from Afghanistan to Arkansas, Indonesia to Lisbon. Virtual programs can be watched on various devices including your home TV. For the full program, timetables and ticket information, Click here.

Of related interest, the United Nations Association Film FestivalSan Francisco’s only day of programming this year (at the Roxie on Wednesday 27) features two musical documentaries that also shed light on recent socio-politics. Los Hermanos by Marcia Jarmel and Ken Schneider are two Afro-Cuban brothers whose high-flying careers as virtuoso musicians have been separated by the American-Cuban divide. Bobbi jo hart Fanny: The right to rock says the largely Filipino-American group that caused a sensation in the early 1970s, but without achieving much commercial success – the world was not ready for an all-female hard rock band then. The directors of both feature films will be on hand for Q&A after the screening, and Fanny’s Brie Darling and Ruby Ibarra will also play a live set. UNAAFF continues in South Bay locations until October 31. (More info here.)

The Pacific Film Archive is increasing its in-person screenings at BAMPFA in downtown Berkeley to near pre-pandemic levels, and a series starting this week has significant musical components. “The ambassador of black cinema: the ecstatic world of Albert Johnson”Is a tribute to the late film scholar, curator and educator best known as program director for SF International Fest (1965-72), as a speaker at UC Berkeley, and as co-founder of the Film Quarterly publication. His Catholic tastes will be represented by one of his beloved musicals (the play by Jacques Demy Umbrellas of Cherbourg), films by Satyajit Ray and Julie Dash, and a rare screening this Sun / 31 by Larry Clark By the way.

This 1977 feature film was one of the blossoms of the “LA Rebellion” movement among African-American directors of that time in this city. It stars Nathaniel Taylor as a musician fresh out of prison, welcomed back into the local jazz scene, but also disgusted again by the corruption and exploitation of the music business that these players endure. Often as richly textured visually as it is sonically, with both classic tracks and performances by the Pan African Peoples Arkestra, Who passed is an invaluable memory of the time, even if its narrative aspects are hesitantly developed. Clark (not to be confused with the photographer of the same name and director of films like Kids) will be present to discuss the feature film with Josslyn Luckett, current editor of the Film Quarterly. The Albert Johnson series continues until November 26 More info here.

Another new BAMPFA series is “The future is feminist, Offered in conjunction with the Berkeley Art Museum’s New Time Gallery retrospective, both offering glimpses of feminist art in different media. This fri / 29 ago Delphine and Carole, Callisto McNulty’s recent documentary, which examines the collaborative friendship between movie star Delphine Seyrig (Last year in Marienbad) and Carole Roussopoulos.

The two women met as the Women’s Movement was making waves in France; they were spurred on by this as well as the new portable video technology they used to record protests and marches in the name of women’s rights, as well as the decriminalization of abortion and prostitution. They also generated their own projects, like Be pretty and shut up (who interviewed well-known actresses about their experiences with sexism in the industry), while Seyrig has become a big supporter of emerging female directors like Marguerite Duras, Chantal Akerman and Ulrike Ottinger. She and Roussopoulos (who was primarily working on this documentary when she died in 2009) are no longer with us, but McNulty’s film commemorates their zesty contributions to public dialogue around feminism.

The latest films in the Future is Feminist series (which runs until January 29) include titles from China, Syria, the Philippines, Germany, Belgium and the United States, as well as a short program. experimental footage. More info here.

Editorial: We shouldn’t argue over affirmative action yet