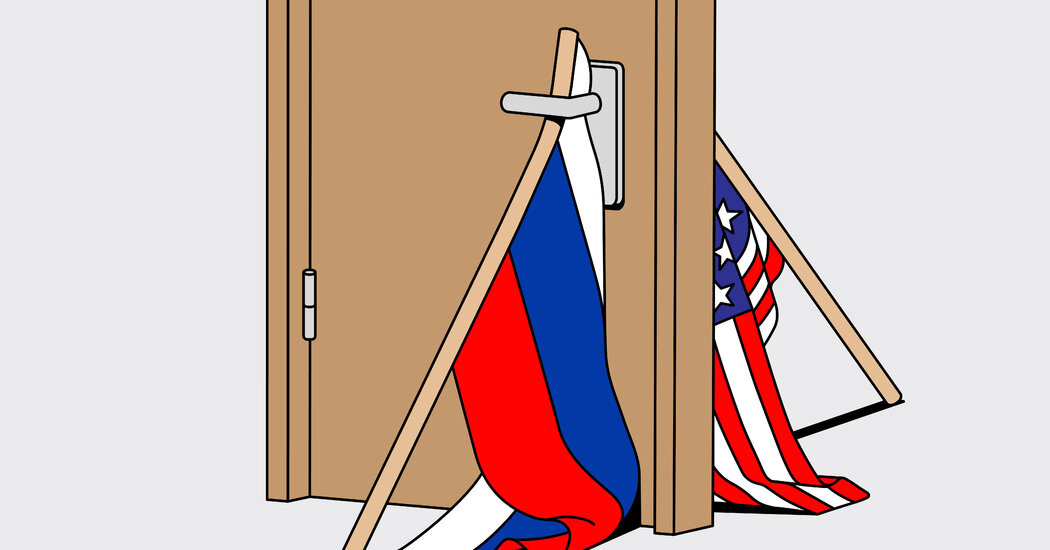 Yet somewhere along the way, the goodwill slowed down. After expressing their enthusiasm for Russia’s first post-Soviet president, Boris Yeltsin, US leaders found his KGB successor, Vladimir Putin, less to their liking. Mr. Putin has made it clear that he doesn’t care. “American hegemony,” a phrase from my Soviet childhood, began to appear in pro-Kremlin Russian media. In the West, Russians were no longer seen as liberated hostages of a totalitarian regime, reformed villains from James Bond films, or emissaries of the high culture of Tolstoy and Dostoyevsky, but rather as cash buyers of properties. luxury in Manhattan and Miami. The enchantment between countries and their citizens has faded, but common interests and social ties have remained.

The annexation of Crimea in 2014 marked a turning point. True, Mr. Putin had already unleashed his aggression in Georgia and, devastatingly, in Chechnya, but it was his claim to Ukrainian territory that gave the West its wake-up call. The sanctions that followed hit the Russian economy hard. They also provided the Kremlin with sufficient means to stir up anti-American sentiment. Blaming America for the country’s problems was a familiar, almost nostalgic narrative for Russians, more than half of whom were born in the Soviet Union. The simple tune – “NATO expansion”, “Western aggression”, “enemy at the gate” – played on repeat, tricking Russians into believing that America was aiming for the destruction of their homeland. The propaganda worked: in 2018, America was again seen as Russia’s No. 1 enemy, with Ukraine its “puppet”, coming in second.

In America, things weren’t so bad. But the arrival of Donald Trump on the world political scene has complicated the already strained Russian-American relationship. Mr Trump has grown closer to the openly authoritarian Mr Putin, bolstering anti-Russian sentiment that had grown since Kremlin interference in the 2016 US presidential election and rarely distinguishing between Mr Putin and the country which he led. Economic and cultural ties began to wither as it became more difficult to obtain visas and funding. Still, student exchanges took place, films were shown, and family visits were paid, albeit at longer intervals.

The Russian missiles that hit Ukrainian cities on February 24 extinguished this flickering light. America now supplies billions of dollars worth of weapons to use against Russia, when Russia’s stated goal is to end America’s “unfettered” global dominance. The two countries, once allies in the war against Nazi Germany, are actually waging a proxy war. As I watch videos of Russian parents urging their children to destroy iPhones or read threats against a venerable Seattle bakery known for its Russian-style baked goods, I am gripped, above all, by sadness. Our post-totalitarian dream of a peaceful and friendly future is over.

In addition to causing physical horror, Mr. Putin’s war in Ukraine erases countless intangible assets, including the West’s collective goodwill toward Russia. In the future of my children, I do not see any cultural miracle similar to the one I experienced in 1989. It is a loss for both countries, and Russia will be greater if Mr. Putin continues to redouble his carnage. and isolation. This future is not fixed. After all, the years of perestroika, when the Soviet Union embarked on comprehensive reforms in the name of openness, showed that Russia is able to change.

For now, however, every explosion in Ukraine also hits at what used to be good about America’s relationship with Russia. In the land of Mr. Putin, “Goodbye America”, once a tongue-in-cheek song steeped in hope, has become a dark self-fulfilling prophecy.