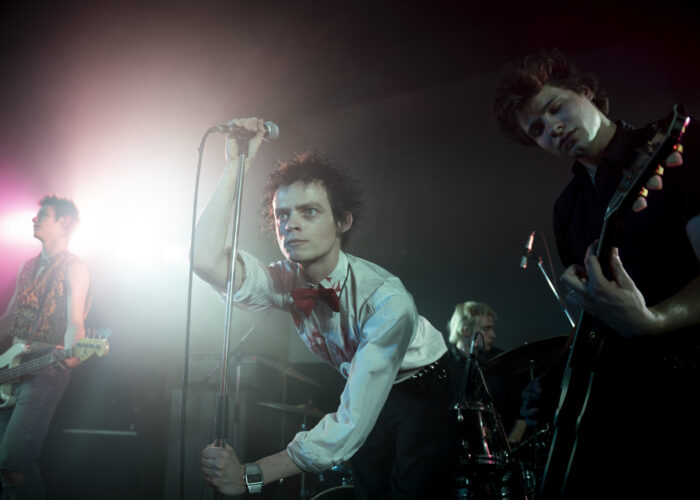 Never mind the bullshit. Here are more Sex Pistols. The London mayhem-makers of the 70s became the most well-known punk band of all, a fact that would endlessly please their late publicity-mad manager, Malcolm McLaren.

There’s Julien Temple’s pair of films, “The Great Rock ‘n’ Roll Swindle” (1980) and “The Dirt and the Fury” (2000). There’s Alex Cox’s tragedy about heroin and murder, “Sid and Nancy” (1986). And now comes “Pistol,” the new FX and Hulu limited series based on band guitarist Steve Jones’ memoir, “Lonely Boy: Tales From a Sex Pistol.” That’s enough to stand in front of the mirror and practice your own sneer.

Portrayed by Toby Wallace, Jones, or “Jonesy” as his friends call him, is the vulnerable, cuddly gun even. He suffers from stage fright. He was sexually abused by his stepfather as a child. He may be a kleptomaniac sex demon, but you still want to hug him and tell him that everything will be fine. Of course, that would be a lie, because he’s part of a group that has made self-destruction an art form.

Directed by Danny Boyle, written and created by frequent Baz Luhrmann collaborator Craig Pearce, “Pistol” captures that self-destruction and manages to make it look a lot of fun. — until, of course, it doesn’t. Blending swirling archival footage of 70s London with scenes that often look like they were shot on home video, the series gets a little carried away at the start and struggles to find an ending. Between the two, however, it suggests what it might have been like to turn fear of the future into a jagged, raucous working-class rallying cry.

With McLaren (played by Thomas Brodie-Sangster of “The Queen’s Gambit”) pulling the strings, the Pistols were often on the taunt for taunt’s sake. But they still managed to make some great rumbling music along the way.

It all starts when Jones tries to steal clothes from the fetish clothing store run by McLaren and Vivienne Westwood (Talulah Riley). McLaren admires the kid’s cum. Jones asks McLaren to manage his group, still in its infancy. Jones is the leader, but stage fright sends him into the background. Enter John Lydon, played by Anson Boon as a particularly articulate savage beast. Bassist Glen Matlock (Christian Lees) has the misfortune of knowing how to play his instrument and looking rather ordinary; he is fired from the group and replaced by the charismatic but weak and talentless Sid Vicious (Louis Partridge), who falls in love with poisonous American groupie Nancy Spungen (Emma Appleton). What could go wrong?

“Pistol” evokes an aesthetic — chaotic, nervous, improvised — which corresponds well to its subject. It also includes a number of female characters that are generally far more sane than their male counterparts. These include Chrissie Hynde (Sydney Chandler, Kyle Chandler’s daughter), Jones’ frequent sex partner and conscience, who would go on to form the founding American rock band The Pretenders. Hynde is never a member of the Pistols; she is not hungry for punishment. But she has a front row seat to the train wreck. And with this show, so are we.