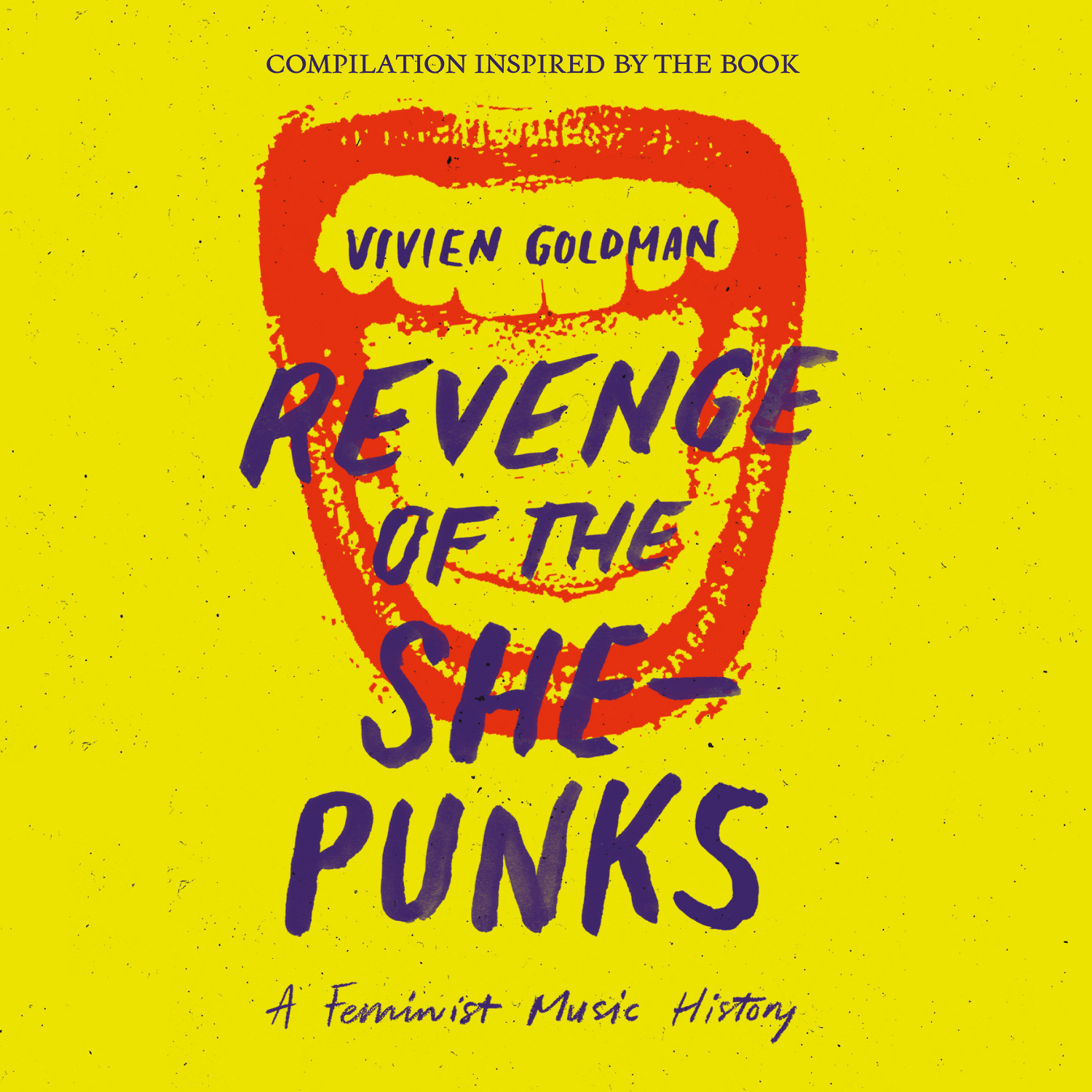 Given that the historiography of punk is dominated by men, a “Revenge of the She-Punks” was long overdue. This feminist report was written by none other than a post-punk pioneer Vivien Goldman, who has an insider’s view due to her work as a musician and one of Britain’s first female music writers. Along four themes – Identity, Money, Love and Protest – the “punk professor” traces stimulating moments that punk particularly reserves for women.

This compilation is inspired by the book, which was originally published by University of Texas Press in 2019. Compiled and with liner notes by Vivien Goldman (who writes….)

We’re not talking about a petty gotcha! revenge here. As evidenced by both my book that inspired it and this recording, She-Punks Revenge is about our complex survival in an all-too-often hostile environment.

The book offers a blueprint for finding a way through the patriarchal maze of the music industry by telling the stories of thirty-eight women’s songs not only from English-speaking countries, but also from Africa, the Caribbean, Asia and other countries. Eastern and Continental Europe. Together they demonstrate how girls around the world, with few or no role models, have found ways to break through blocks and become expressive musicians, shattering traditions and expectations, setting new standards with every chord. Alas, for a multitude of factors, it was impossible to include them all; but this is a moving and representative selection. Cumulatively, we hear how female artists around the world are brought to sing about the common issues that I have distilled to be the central themes of the book: the bare elements of life that connect us, wherever we are.

We open with Identity with Fea, Big Joanie, The Raincoats, Blondie and Poly Styrene with X-Ray Spex. Then comes Money with Patti Smith, Shonen Knife, Malaria! and Slots; followed by Love/Unlove: Crass, Cherry Vanilla, Grace Jones, Rhoda Dakar with the Special AKA, Alice Bag (The Bags), Tribe 8 and the Au Pairs, the Modettes, Neneh Cherry from UK/Sweden/US and this writer/musician. The latest chapter, Protest, features Sleater-Kinney, Jayne Cortez and the Skinny Girl Diet Firespitters, Vi Subversa and the Poison Girls, Czech Zuby Nehty, Colombian Fertil Miseria and Jamaican Tanya Stephens. Many people have wondered how I arrived at these four themes (answer: thinking) and so far no one has disagreed.

However, in the sequencing of this compilation, the important thing was to sonically traverse the breadth of our creativity, driven by beats and sound, rather than lyrics; they formed, I already knew, an irresistible whole, an implacable criticism.

My take on punk is spirit-based rather than adhering to the revered concept of the genre as just a frenetic frontal sonic attack (though that’s also represented here). Having been involved in the movement in the early to mid-1970s in London, as editor of the weekly punk rock magazine Sounds, I understood it to be an inclusive frontline genre, with DIY at its core, which is why it was the first genre to give anything approaching an equal platform to female musicians.

Especially for the less conventional, too often the path for female artists is even steeper than that of their male peers. Despite the massive success of today’s female superstars, there remains a perception of quotas in an industry that still lives largely in Boystown (although it’s still taken into account that it’s not the men, c is the mentality) who are less receptive to energetic women; like the kind of bookers who say, Well, we’ve done our part, we’ve booked our female artist – as if booking women is some grim post-MeToo duty.

But as we hear in these songs, in all its forms, whether strident or soft, punk is resistance music; female punk especially as well. We continue to speak out and use our music to change a system that, in America at the time of this release – let alone in countries long known for suppressing women – our basic human agency is under attack on more than a front, especially where equal pay and abortion are concerned. Welcome to much needed and in many cases too little heard voices of women whose creativity could not be stopped and who have successfully used music to shape their environment, create their own space and live as self-actualizing artists.

All the words from the Tapete/Mutante press release, the main body of which is written by Vivien Goldman herself.

I felt it was important somehow that the text remained unedited by a He-Punk. Not just lazy copy-paste journalism on this occasion. (GB)

Soft music for the leader of the group