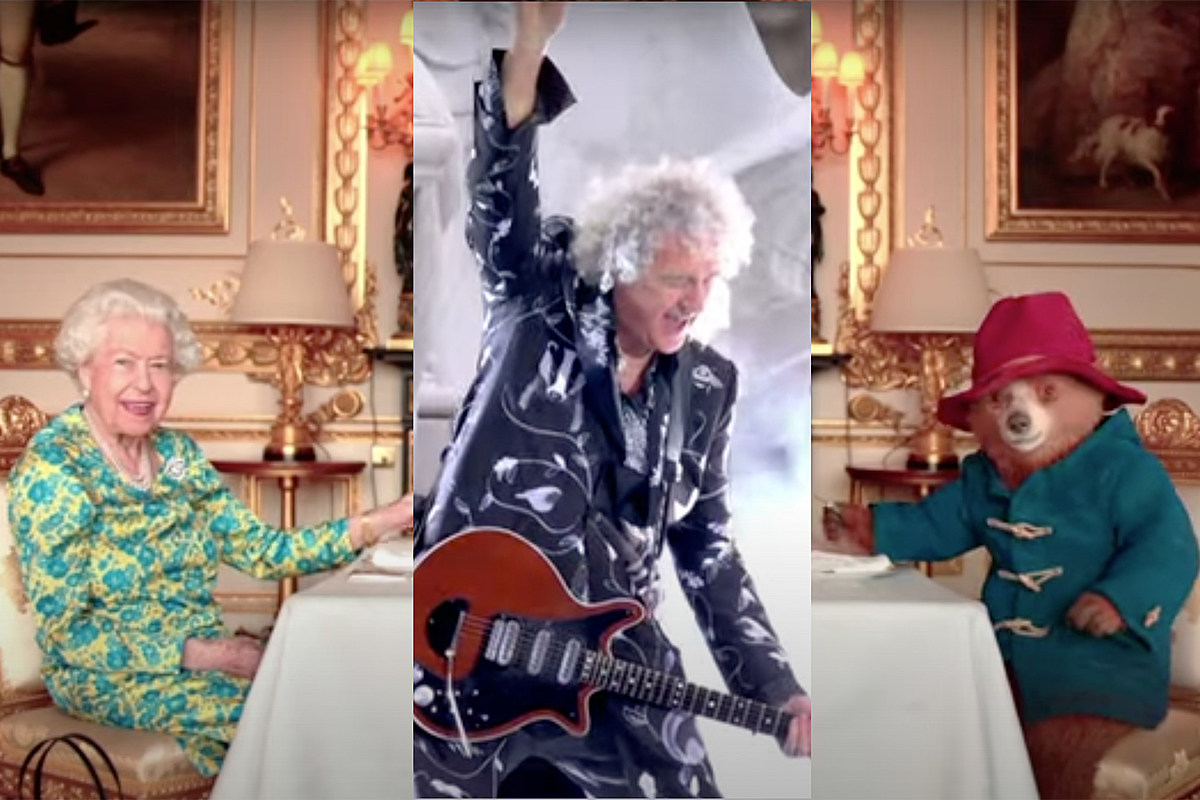 While Queen Elizabeth II was unable to attend Saturday’s (June 4) concert in her honor as part of the Platinum Jubilee celebration, she made a surprise appearance during Queen’s first set with Adam Lambert.

The performance began with pre-recorded footage of the Queen seated inside Buckingham Palace at a small dining table, as the camera then cut to a uniformed corps of drums just outside the gates of the palace, drumming out the beats of “We Will Rock You” as a delighted crowd cheered in unison while also waiving small British flags. The camera then switched back to the pre-recorded segment with the revelation of the Queen having dinner with British treasure Paddington Bear as they simultaneously tapped the beat “We Will Rock You” on their respective teacups.

When it came to acting and directing, Queen was in top form. Vocalist Adam Lambert looked formidable, appearing amid choreographed drum corps and the gates of Buckingham Palace behind him, as Roger Taylor’s drums usurped the drum corps. Lambert then walked the track leading to a circular stage surrounding Queen Victoria’s memorial statue in front of Buckingham Palace, with guitarist Brian May finally making his presence felt with a guitar solo above the stage on a platform raised which placed it on a level with some of the figures of statues.

For Queen’s portion of the concert, they performed a trio of songs with “Don’t Stop Me Now” coming on as the crowd sang along with Lambert’s soulful vocals. As the band’s performance ended, a screen behind them showed a slew of archival footage of Queen Elizabeth II over the years.

And to end their set, Queen gave their fitting tribute, ‘We Are the Champions’ as a band of British flags waved over the huge turnout for the show.

Queen and Adam Lambert’s set opened an evening of music and celebration for the 96-year-old monarch, featuring Rod Stewart, Duran Duran, Andrea Bocelli, Diana Ross and more. The celebration was held to mark her 70th birthday as Queen. She first achieved the title on February 6, 1952.