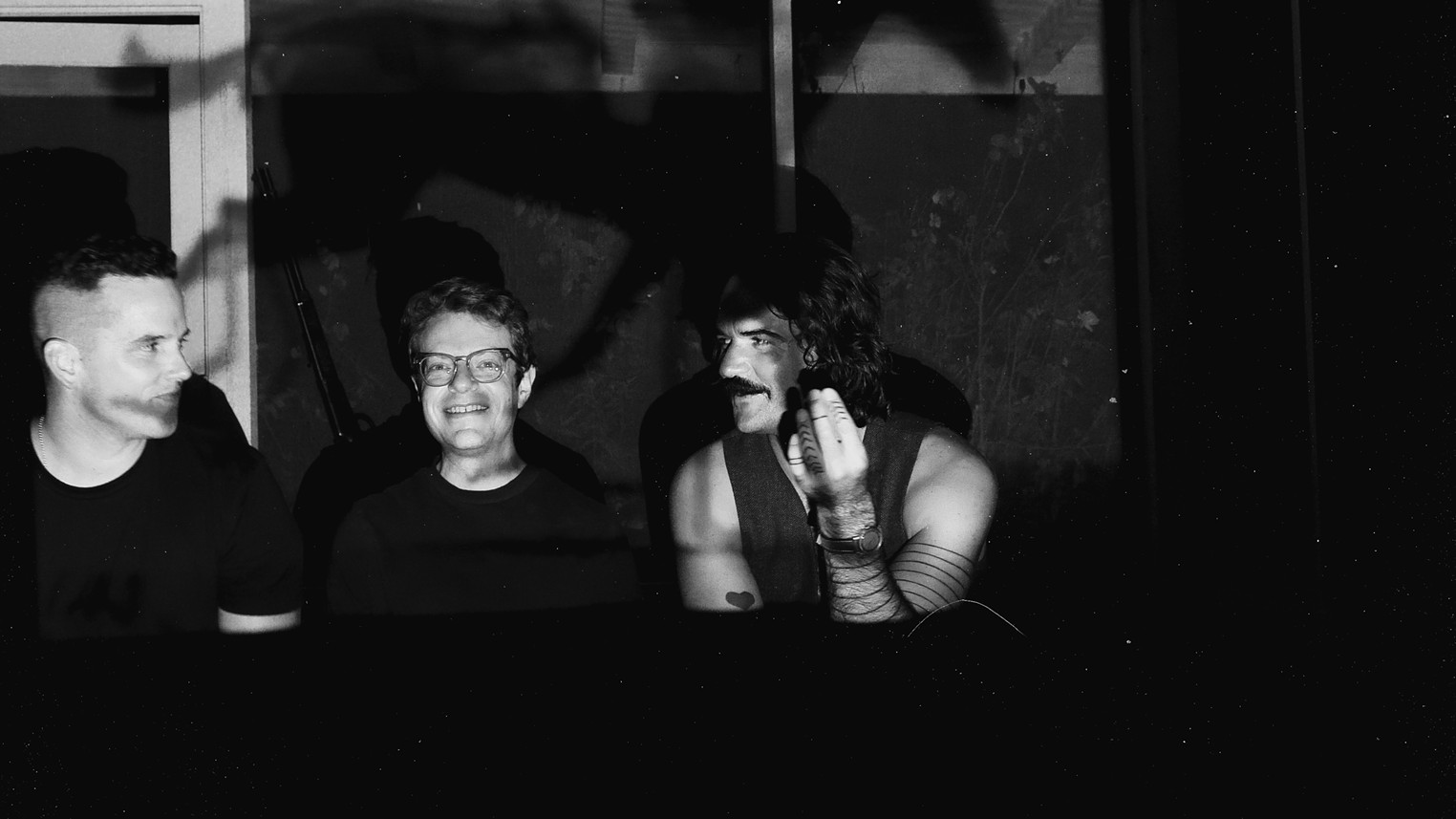 If you attend the Prince Mirth label signing party on Friday March 4th at the Rebel Lounge, the band will provide you with a bag of barf as part of the experience.

No, the indie rock band of Josiah Guthrie (guitar/keyboard/vocals), Robbie Cohen (guitar/bass/vocals) and Mike Cassidy (drums) don’t want to make you vomit. They want you to know you’re going for a ride. I hope you’ll take the bag home as a fun keepsake and understand the gesture as part of their collective sense of humor.

The band are celebrating their recently signed multi-album deal with Arizona-based label Fervor Records. fair and true will be the first full release, with its first single, “Alright”, which will be released on March 22. Another single will follow on May 27.

The band members are happy with these recent events, mainly because they didn’t have a waiting list.

“Honestly, we were old friends who had played together in different versions of bands years ago,” Cassidy says. “Last year, two of us ended up moving within a few doors of each other not knowing it was going to happen. Then we started playing music together again.”

He adds that it was “a little strange” how it all happened. “It was just, like, an art project for us to do. We made a few recordings, mixed and mastered them, and then the person who mixed them asked if they could send the songs to Fervor. We agreed with that and we signed in January. The doors keep opening and we keep waking up through them, I guess.

Cohen, who is also part of another local band called Book of Shred, and Guthrie are Prince Mirth’s primary songwriters.

“We had all these song bits and different ideas, and it made sense to collaborate and put it all together and record,” Cohen said.

Rather than trying to create a defining style, the band celebrates how all of their interests come together to create their songs.

“One of the cool things about the record is that it’s not limited to just one style,” Cassidy says. “It’s like what Robbie said about starting with different fragments – it makes for diverse sounds. We have a mostly instrumental post-rock song, a piano ballad, several indie rock songs. Lots of different tones and styles , but they have a line connecting them.

“You can hear a lot of stuff on that first record that influenced us,” Cassidy adds, “from doo wop to punk, to grunge, to blues and country. The album is littered with all these little flourishes and touches that come from different places.

Cohen agrees. “It’s like an all-purpose bagel – you get a different flavor with every bite, but you love the whole thing.”

He is right. The tracks in this next release take a lot of sonic twists. Their bagel is certainly multi-flavored.

“I Do Just Fine” is a rocker slightly reminiscent of The Strokes in its progression and vocal inflections. His hooks rock you, and you keep rocking as he descends into a stark but brave ending where melancholy meets dynamism.

On “King Saul No. 5”, the sauce becomes thicker. The riffs and vocals are guttural and gritty with an underlying blues homage. These elements give way to a marching, stomping drumbeat that gives the song even more weight. “Guide Away” is a sweet ballad until it’s not. It gets strong, wide and bold before rolling it back down to rock you to its end.

When the second record comes out, don’t be surprised to hear the band explore more of the sounds they love, including country.

Their penchant for eclecticism is also part of Friday’s live event. The bill includes bands that play folk and metal respectively. And they want you to have a good time.

“We are proud of the live show and have a lot of energy in this space,” says Cassidy. “It’s like that for us in other groups we’ve been in, and it’s essential for all three of us as players.”

Once this record deal celebration with Fervor is over, the band plans to hit the road for a West Coast tour in June and return home for an official record release party.