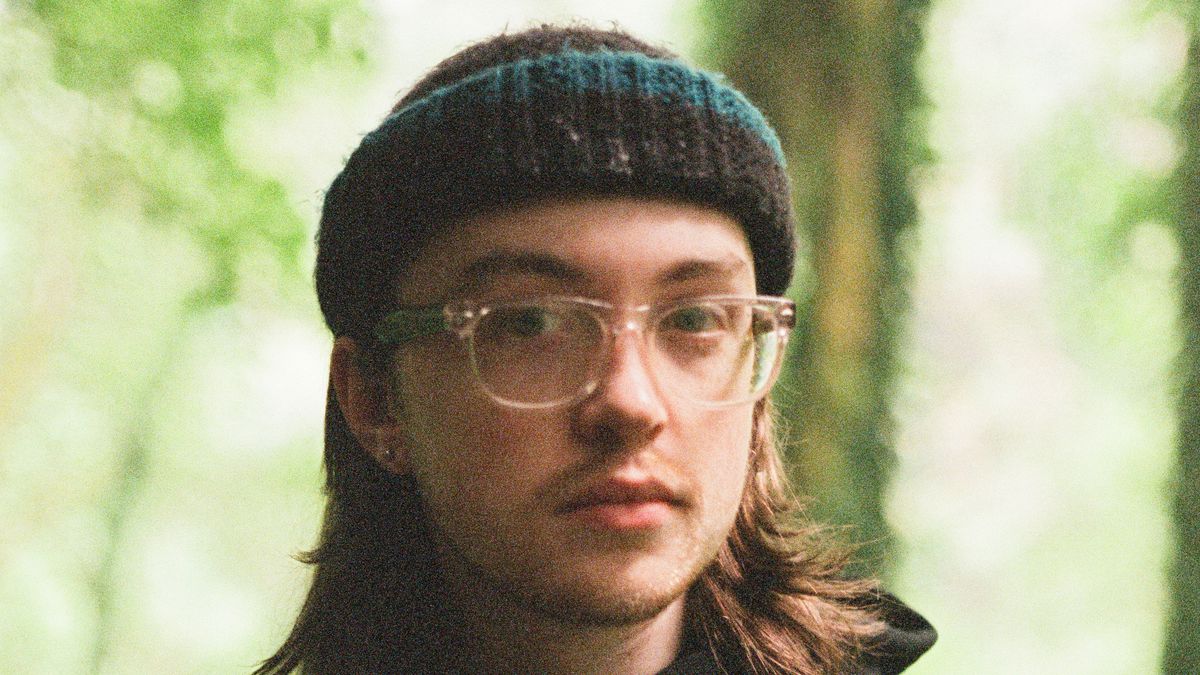 On “The Long And The Short Of It”, A Former Teen SoundCloud Phenomenon Grows Up

For almost a century, radio has been the primary driver of music discovery for most people. But online streaming threatens that supremacy, with its popularity and growth propelled by Gen Z’s listening habits. Simply put, they’re very much online.

Graham Jonson is proof of this change.

The Portland, Oregon-based musician quickly began uploading his self-produced beats and instrumental songs to SoundCloud as an individual band, quickly when he was just 13 years old. He was hoping to find an audience for his music on the free streaming service who knew something of a cultural moment at the time.

“Initially there was no reaction at all,” Jonson says of those early recordings.

But by the age of 16, things had changed dramatically. Some of his songs have been heard by millions of listeners, drawn to the music quickly, quickly not by radio DJs but by word of mouth and the algorithmic power of the Internet.

Now in his twenties, Jonson follows a slightly more traditional path. He signed with Brooklyn label Ghostly International and recently released his debut album, “The Long And The Short Of It”.

He still performs under the stage name quickly, quickly, but the new record represents a significant departure from the early lo-fi hip-hop instrumentals on SoundCloud which he timidly calls “novelty” music.

“Until 2018, I listened almost exclusively to electronics [music] on SoundCloud, ”Jonson says of his early narrow influences. “I had a Spotify account in 2018 and I think I’m much better at it,” he says, referring to the music streaming giant as if it were a transmitted vinyl record collection. by a loved one.

Jonson has clearly broadened his palette, embracing a more conventional songwriting profession on “The Long And The Short Of It” and drawing inspiration from soul, jazz and even alternative folk musicians like the late Elliott Smith (who was also a Portlander). In particular, he also sings on his new compositions, the consequence of “a lot of experimentation. [and] tons and tons of junk demos’ recorded at his home in the Kenton neighborhood of Portland.

But the real highlight of the album are its meticulous arrangements and lush production. “The Long And The Short Of It” is a remarkably polished effort for such a young artist and producer, a clear result of early online origins.

Jonson is aware that not long ago his story would have been next to impossible. But while the means may have changed, he says the end goal is the same for young musicians; they just want to find an audience.

“But I mean, yeah, it’s always crazy to see that come to fruition,” he adds.

Graham Jonson joined OPB to quickly, quickly discuss the new album and how he transformed this project from a curiosity into a career as a songwriter in its own right. Read excerpts from the interview below (or listen to the audio at the top of this page).

Jerad Walker: You just released your first album at the age of 21, but you’ve been making music for a long time. How old were you when you first released [your music] on the Internet ?

Graham Jonson: I think the first stuff I released I was probably about 13 years old on SoundCloud. Unfortunately, everything is gone. He vanished into the digital wilderness of the Internet. I think I just deleted the track. They are completely gone. But yes, I think I was about 13 years old.

JW: What was the initial reaction?

GJ: At the start, there was no reaction.

It took me probably about four years to start getting any kind of traction online. But once that happens, it’s very cool to see. It’s a bit of a dream come true.

JW: At the age of 16 or 17, your songs were reaching millions of listeners. Some of them number in the tens of millions at this point. Were you surprised by this?

GJ: I was. I still am, to be honest. I think in my head, since I was a child, I only had one project and that was to be a musician. And I wasn’t sure if it was going to work or not, but I kind of thought I didn’t have any other discernible skills.

So I’m really glad it worked… But I mean, yeah, it’s still crazy to see this come to fruition.

JW: There are obviously different levels of notoriety, but I think it’s fair to say that you were famous on the internet as a teenager. Are you fucking crazy?

GJ: Yeah, I mean in some ways I think I’d be like a W-level internet celebrity even on the internet, you know? [laughter]

But the little bits of fame that I guess I got to see were really cool. It gets my head a bit off when I realized that a lot of my initial success was in what I consider to be some sort of novelty of lo-fi hip hop. So I tried to work hard enough to break that mold I guess.

JW: Fast forward to today and you’ve just released the new record quickly, quickly, “The Long And The Short Of It”. This is the first time that you have sung a lot in your recorded music. Were you embarrassed to record your voice for this album?

GJ: Totally. Yeah, 100%. It probably took me a few years, I mean maybe two or even three years, to really figure out how I can use my voice. [There was a] a lot of experimentation [and] tons and tons of junk demos, and I’m still not always completely happy with the way that sounds. I think I still have a lot of work to do. It’s in a much better place than when I started. But yes, it was a huge obstacle.

JW: The [vocals on the] the song “Shee” really marked me. You have a falsetto!

GJ: Thanks, man. It’s one of the oldest songs on the album, probably hitting the three-year mark now. And it was definitely one of the first songs that I felt really happy with my falsetto other than just singing in the car and really killing him. [laughter]

JW: Does writing for the vocals kind of open up what you can do with the song? Did it make you think of songwriting in a different way?

GJ: It is absolutely the case. Yes, because coming from a beat background, I had never really paid attention to the traditional structure of the songs… And when I started to sing, I realized that it would not always work.

I started to critically listen to a lot of songwriter stuff to try to understand some of these techniques and different ways of structuring songs and it definitely opened up a whole new door. I think I’m much better structurally now than three years ago, even in my beats. I can change it now.

JW: I feel like I hear that in “Everything Is Different To Me”. Sounds like you are playing with some alternative folk-rock sounds from the 90s.

GJ: Yeah! And it’s funny because it wasn’t even super intentional, but when the song came out I had a lot of people saying it reminded them of Wilco. I think pitchfork or someone said it sounded like Wilco mixed in with Lil Peep. [laughter]

And people are mentioning Elliott Smith, which is amazing. I think it’s really cool, but it wasn’t necessarily intentional.

JW: Yeah, I also thought of Elliott Smith when I heard that. He really was such a titan in the mid-90s. Coincidentally, he was a Portlander. Did you grow up listening to his music?

GJ: I did, [but] probably not as much as I should have. It really took me a while to diversify into my musical tastes. I mean until 2018 I was pretty much exclusively listening to electronic stuff on SoundCloud. I had a Spotify account in 2018 and I think I’m much better at it. That’s when I got really interested in stuff like Elliott Smith and The Microphones, jazz – pretty much everything.

JW: The new album has a really big sound. Despite this, there is an undercurrent of soul-jazz running through almost everything you do. Sometimes it’s subtle, but you throw it in the foreground on the opening song, which is called Phases. Is your musical training formal?

GJ: I’m not really trained as a jazz pianist per se. I can’t read music. I can’t read sight. But I think that by listening to a lot of music and training my ear … [I’ve been able] to pick up stuff. So I think I kind of developed a jazz sensitivity by listening to jazz, but I wouldn’t necessarily consider myself a jazz pianist. Like I can’t play fiery races and all that. I just fiddle around and try to fit in where I can.

JW: It’s funny that you say you don’t have a classical training because when I listen to your music, it’s your talent as an arranger and composer that really stands out. Have you done any productions for other artists?

GJ: Here and there. It’s not something that I do a lot. However, I try to stay versatile to a certain extent and still do a lot of beats. They don’t always have the release potential like they used to, but I made a lot of beats just trying to get them to the rappers. Recently I wanted to record a jazz trio – there’s a crazy jazz band in Portland. I think it would be really disgusting to try to improve my recording skills and maybe to record other people. So yeah, this is something that I hope to get into.

JW: Graham, there was a time when you briefly moved to Los Angeles. In fact, you wrote the song “Come Visit Me” about that time in your life. I feel like it was a bigger thing in years past, but have you felt the pressure to move to a bigger city to pursue a music career?

GJ: I think so. I mean when I moved to LA I was just graduating from high school. I was going to try to give all the music a good idea. And I think I felt pressure to move to LA. Mainly because all my Portland friends were in college, and I was kind of the last one still in Portland at my mom’s. So I think I think there was a certain level of pressure – people always tell me LA is the place to be. Or maybe it’s something I forced myself into thinking I can’t do it fully in Portland anymore. But yeah, I think I think that was definitely one of the reasons I moved to LA. And then I moved to LA and it turns out everything is wrong and you can just make music anywhere you want. [laughter]

JW: What are your plans for the year as you release this record?

GJ: I’m trying to put together a live band right now, which will be the first time I’ve done it for my own music. I used to be in a pop-punk group from grade seven through grade two of high school. But that was the last time I played in a band. So it will be a really fun business. With a bit of luck [I’ll get] some tours done early next year.

Vinyl sells so well that it becomes difficult to sell vinyl