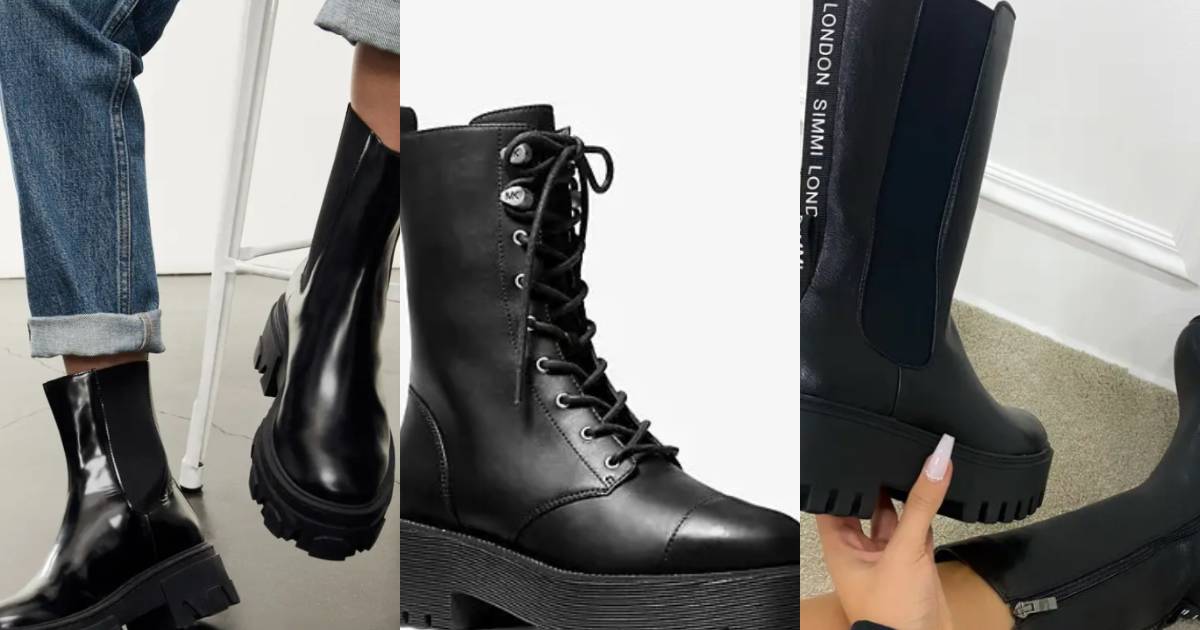 Platform boots have maintained somewhat of a cult status in recent years after making their debut in the industry in the 60s and 70s, where they were worn by David Bowie, Kiss and other rock stars of decades past. Much of the boot style’s current resurgence is due, in part, to the rise of the “gothcore” trend, a subset of Gen Z’s favorite Y2K trend. This post-punk fashion aesthetic has been widely embraced by the younger generation, who regularly seek to reassemble trends from the past to suit their own demands. Typically, a platform is three centimeters plus, designed as a simple, one-of-a-kind addition that will bring a bit of grunge to any style. While some of the iterations of the trend can be quite extreme, with exaggerated heights and flashy embellishments, others take a more toned down approach, with the platform simply used to bring a bit of edge to a simple black anklet. . startup.

Why you’ll want it:

The return of the platform boot to the forefront of the fashion world has been influenced by many factors, all primarily driven by young buyers and their particular interest in nostalgic trends. Much of the shoe style’s current popularity can also be attributed to the fact that it was scouted by influential Gen Z celebrities like Olivia Rodrigo, Dua Lipa, and Bella Hadid. As leaders of the Y2K trend, these women in the public eye are having a big impact on younger, fashion-forward consumers who are striving for a more individualistic approach to their wardrobe. The platform offers an alternative to the standard ankle boot that is still wearable and practical but allows for a bolder exploration of shoe style. It’s also a look that continues to catch on year after year, regularly returning either as a high-fashion shoe trend or in Dr. Marten-esque streetwear styles.

Where we saw it:

Rick Owens arguably pushed the platform boot back into the limelight last year, making it a major part of his SS22 runway, as evidenced by Chelsea boot remakes and thigh-length strappy designs. For the upcoming season, chunky boots have become a staple. The style was a central element of Balmain’s AW22 show, with sky-high soles giving a new meaning to the platform. While ankle boots remained simplistic in color and style, the exaggerated platform brought an unconventional element to the look. For Gucci’s retro-chic AW22 runway show, which caused a stir due to the house’s unexpected collaboration with Adidas, the fashion house presented a set of funky ankle boots, complete with buckle detailing and linear prints. While the shape and silhouette recalled typical 70s boot trends, its extreme platform was highlighted by the use of reflective material, a not-so-subtle nod to the glam rock fashion movement. Taking a very similar approach, Altuzarra also took inspiration from retro footwear trends, showcasing a streamlined ankle boot style that appeared alongside platform sandals, which further showed the brand’s commitment to heightened style.

How to style it:

This chunky style provides the perfect contrast to dresses and tailored looks, providing a more casual alternative to other shoe shapes. A matching coordinated suit is an especially good choice for the platform boot trend, allowing the style to work equally well in an office environment and formal settings. Flowing skirts, whether satin or another lightweight material, also work well with this boot silhouette. Pair the duo with an oversized sweater for an everyday look. For the colder months, bring some chunky knit boldness, either with a knit dress or jeans and a sweater that will each benefit from the grunge addition to the outfit. However, if it’s full grunge you want to go for, going for an all-black outfit is the way to go. Pair the platforms with dark skinny jeans and an oversized blazer for a monochromatic look that doubles the edginess.

The platform boot is another nostalgia-driven style that has re-entered the limelight as one of the hottest shoe trends for this season and next. Its connection to current fashion movements and its established place in pop culture means it’s a look that resonates with younger shoppers and offers an eye-catching alternative to other boot styles.

The truth about Stephanie’s child, Rose and Jan of the musical group RPDR are in