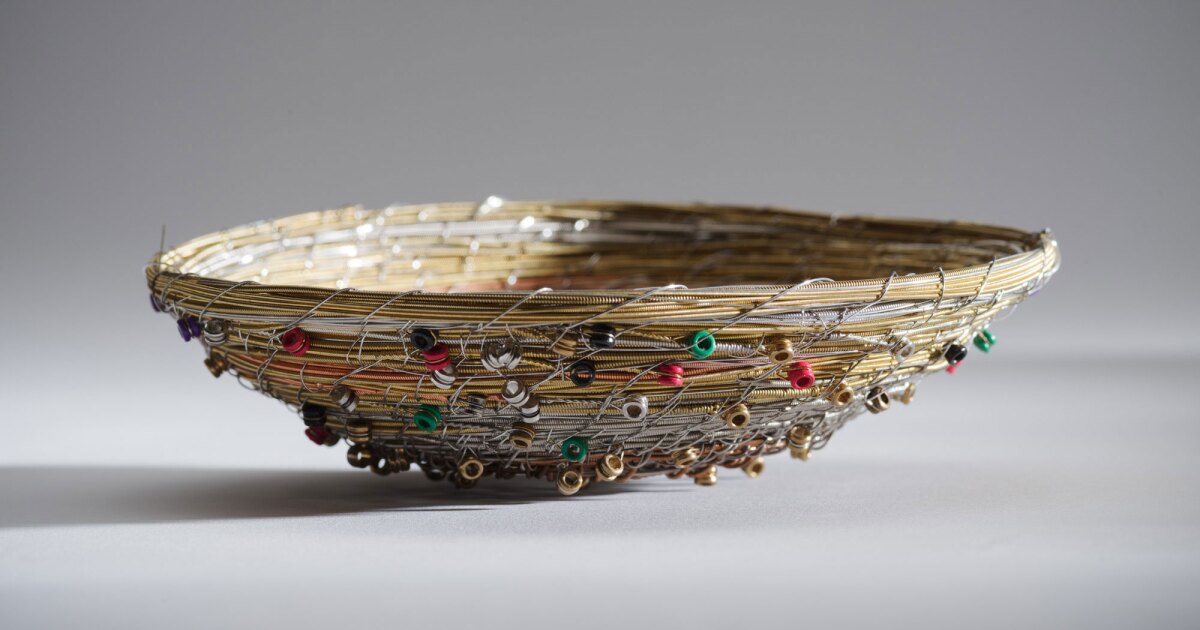 In “Voices from the Rez,” a new exhibit at the La Jolla Historical Society, 10 Native American artists from Southern California will show painting, sculpture, fashion, performance art, writing and music.

One of the artists featured is Gerald Clarke, a concept and installation artist from Cahuilla, who said he’s grateful that an institution like La Jolla Historical Society is exhibiting the work of Native American artists not as American Indians. craftsmanship or history, but as contemporary art.

“The history of Native American art is quite recent. Just 50 or more years ago, the works that we made within our communities were often considered an ethnographic artifact or a craft,” he said. declared. “And it’s only been in the last few decades that America has really seen and started to consider Native American art as something that we can include in the world of fine art.”

Clarke, who teaches in the Department of Ethnic Studies at the University of California, Riverside, has exhibited across the United States and widely in the Southwest.

“It’s hard for an Indigenous artist who lives in their community to be able to show their work in a professional setting, where their own community can see it,” he said.

“In Southern California, especially in San Diego County, we have more reserves here than any other county in the United States,” she said. “But I find that when I’m in the city and talking to people, they don’t really know the natives here, so I felt the voices of people on reservations might not be heard.”

The recently appointed executive director of the La Jolla Historical Society, Lauren Lockhart, said it was important for them to recognize the ancestral Kumeyaay territory on which the museum sits.

“I love that this exhibit is a chance to both recognize that past but also celebrate the current contribution of Southern California’s Indigenous artists and communities,” she said. “I think that’s vital for us. We’re an organization that has a long tradition, through our exhibitions program and our archives, of not only looking to the past, but finding ways to translate that past. and to make it relevant and applicable to today’s contemporary audience.”

Luiseño and Kumeyaay blues artist and musician Tracy Lee Nelson features several works in the exhibit, including a variation of a Kumeyaay-style woven basket.

“We’ve been known to make baskets out of deer grass – or Juncus, that’s what we also call it in our language. I’ve been making baskets for years. passed down from my mother,” Nelson said. Nelson’s mother is from the Mesa Grande (Kumeyaay) reservation and his father is from the La Jolla (Luiseño) reservation, where Nelson now lives.

After performing in the 1996 Super Bowl with the band Redbone (famous for “Come and Get Your Love”), when he replaced his guitar strings, he felt they were too important to get rid of. As his musical career progressed, he began to collect more of these important guitar strings. Eventually he decided to make a basket out of the ropes to honor the meaning.

“When we make the baskets, there are elders who say you always think positively – prayers – for whoever comes across the basket,” Nelson said, adding that as he braided each steel cord, he was reflecting. to the honor and energy he felt as he played each set of strings.

One of Clarke’s works in the exhibition is “The Peon Players”, a sculptural painting depicting the traditional game of “peon”. He said people in indigenous communities are likely to immediately recognize faces hidden under a blanket.

“If you’re not familiar with our culture, the work seems almost fantastical, like surrealism or something,” he said. “But if you’re into the culture, it might as well be a fruit basket. It’s such a common thing that we do within our communities.”

Clarke is also a lifelong cattle rancher and has been making sculptural branding irons for years. Recently, he has started to carve words on paper – words like “immigrant”, “native” or “amnesiac”.

“You can see how the paper is charred, and it’s kind of a violent process,” he said. “I started doing this around 2016 because I saw in American society more and more violence and anger. I’m not a violent person at all, but I feel like these prints capture in sort of what’s happened in the last few years. And I’m talking about immigration, I’m talking about land. I’m talking about who belongs and also the identity of being an Indigenous person.

The exhibit will feature monthly programs — an evening with artist Johnny “Bear” Contreras on June 17; a reading by writer Gordon Johnson; and a musical performance with Tracy Lee Nelson. The exhibition will begin with a WELCOME at 6 p.m. on Friday, June 3.

Clarke is proud and grateful to the La Jolla Historical Society — and also recognizes that there is still work to be done.

“It’s important that we show in places like the La Jolla Historical Society. But it’s also important, it’s interesting, isn’t it, that we show there at the Historical Society and not at the contemporary art center down the street. And I think that’s evidence of how mainstream America has kind of categorized us and locked us into certain ideas,” he said. “I hope that in the 21st century America will begin to open its mind beyond what is normally accepted as traditional Native American art.”