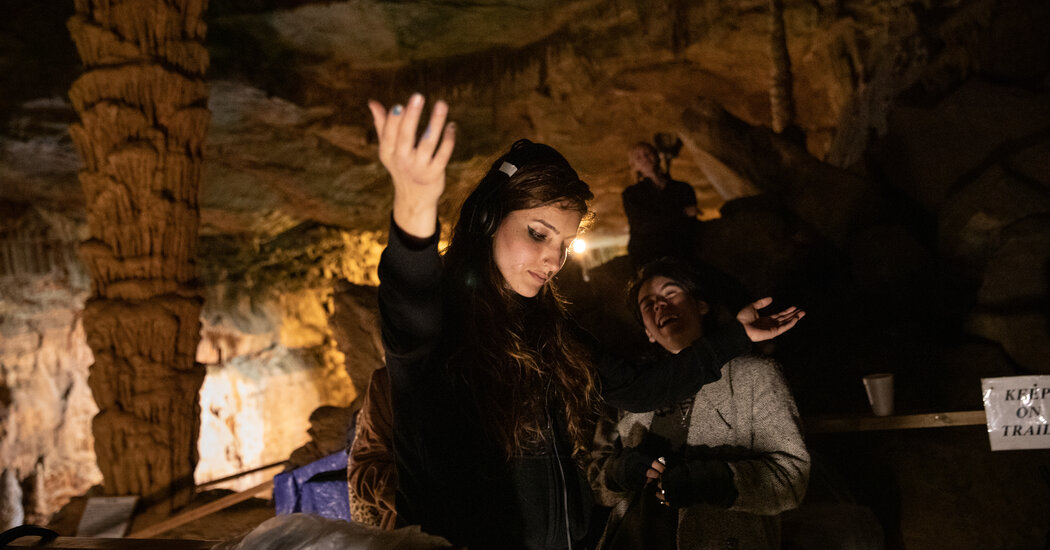 Times Insider explains who we are and what we do, and provides behind-the-scenes information on how our journalism comes together.

“Where are the bats?” I wondered as I scanned the towering, weeping walls of Lost World Caverns, an underground natural landmark and tourist spot in West Virginia. It was October 2019, and I was there to report on punk rock band Sloppy Jane, who had arranged to record their second full album, “Madison”, deep within Lost World. I grew up in New York City, and as a kid in the city, I thought all caves had bats. But the only things remotely bats in Lost World were a few laminated articles about Bat Boy, a fictional tabloid character, posted at the entrance to the cave.

Two years later â€œMadisonâ€ was finally released, and last week my article on Sloppy Jane’s album and underground adventure was published in the Culture section. There were times when I thought neither would happen.

I’m an editor at The Times, but I started my career in the early 90s as a music writer, and I still hang out with a lot of musicians. In early 2019, one of them urged me to go see Sloppy Jane, who was playing at a Queens bar a few blocks from my house. I was immediately fascinated by the music and the spectacle: a few singers were gathered on top of a mound of old televisions. Lead singer Haley Dahl intermittently dripped blue glitter goo from her mouth.

I met Ms. Dahl after the show and we kept in touch. She later told me about her plan to record an entire album in a cave. Not only did she want to get a big sound, but she also wanted to match the album’s tale of a woman alone in the dark, blind and overflowing with emotion. Ms Dahl had done her research, having explored more than 30 caves across the country as potential recording sites.

I thought it was an intriguing idea – incredible even, considering that Sloppy Jane didn’t have a label to fund the business. But on October 13, I saw a post from the band on Instagram: The musicians had arrived at Lost World to record â€œMadisonâ€. I emailed Ms. Dahl to ask if I could attend a session as a reporter. She told me to coordinate with one of the main collaborators of the group, Al Nardo, who told me to come on October 18th. gave me the green light. A group making a record in a cave is a rare event; the chance to cover it, even rarer.

I arrived on the fifth night of the group’s two-week project and found Mrs. Dahl outside the caverns holding a 32-ounce jug of coffee. She would need it: The owner of Lost World allowed Sloppy Jane to use the site for free as long as the band members checked in after tour hours, which meant sessions started at 3 p.m. and lasted until dawn.

Inside, the atmosphere was chaotic and communal. I spoke with the musicians while they waited to record their parts in the cave. During a cigarette break, one of them called the experience â€œthe art of extreme performanceâ€. During a post-recording debriefing with Ms Dahl and a few of the Sloppy Jane members in February 2020, they used words like “emotional” and “religious” to describe their time there. The next steps, Ms. Dahl told me, were to master the recordings and sell the album to a label.

Then the pandemic stopped everything, and I feared “Madison” would never see the light of day. But Ms. Dahl and I kept in touch via email, and in June of this year she told me that the album was slated for release in November. The group had found a label; it just took a little longer than initially expected.

I started listening to “Madison” in early October to prepare for my final interview with Mrs. Dahl. I found the album to be an emotionally provocative piece of work, which is not surprising given that the recording was an emotional experience. As Mrs. Dahl told me when I left the cave that night in 2019, “I feel more human now than I ever think I do.”