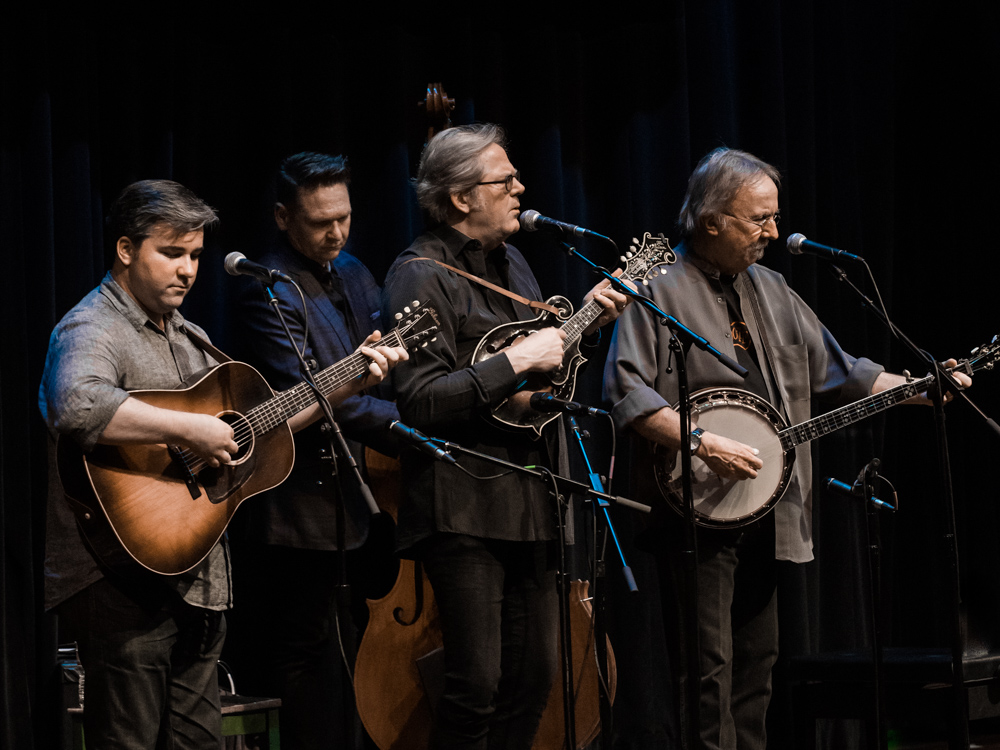 The John Jorgensen Bluegrass Band performs Friday at 7:30 p.m. at The Old Steeple, kicking off a full lineup of fall shows at historic Ferndale.

“It feels good to find concerts. The Old Steeple is a space where people come together to experience some of the best musicians in the world, and not having that for the past two years has been very difficult,” said Paul Beatie, who founded The Old Steeple in 2015. with with his wife, Cheri March.

He added, “My goal is for every member of the audience to walk out of (a) show thinking or saying, ‘That was the best gig I’ve ever seen,’ and I want artists to always want to come back to Ferndale for their next tour.

John Jorgensen – best known for his guitar work with the bands Desert Rose Band and The Hellecasters – also plays a range of other instruments, from mandolin and Dobro to upright bass and bassoon. He performed with Earl Scruggs, Bonnie Raitt, Elton John, Luciano Pavarotti, Bob Dylan and others.

On another note, the John Jorgensen Bluegrass Band will also be the first performance filmed for Season 2 of “Live from The Old Steeple,” the venue’s latest collaboration with KEET-TV.

“John Jorgenson is an amazing musician who plays many different instruments and his Bluegrass Band has some of the best performers in the genre, so we expect this show to be very good,” Beatie said.

Other artists taking the stage at The Old Steeple over the next few months are Alasdair Fraser and Natalie Haas on September 24; Sunny War, September 25; Tre Burt, September 28; Led Kaapana, October 14; Laurie Lewis & The Right Hands, November 4; Ben Sollée, November 6; and Particle Kid with The Starhoppers on November 11.

“I am very excited about our line-up this fall. I’m very excited for Sunny War and Tré Burt because they’re both African American artists that I discovered and started listening to during the pandemic. Their music is original and timely and should be shared with as many people as possible,” Beatie said. “These two shows will be filmed by KEET for inclusion in the second season of ‘Live From The Old Steeple’ on PBS.

“Sunny War is an incredible guitarist and singer-songwriter,” he said, “and I know his lyrics will deeply affect audiences. Tré Burt was signed to John Prine’s label, Oh Boy Records , just before Prine’s death from COVID-19 in early 2020. Burt’s songs have a Bob Dylan quality and are about racism and social justice – get ready to sing along and shed some tears.”

In addition to these two new artists, he said, The Old Steeple will also host several favorite artists, including Alasdair Fraser and Natalie Haas, who will perform together.

“Alasdair Fraser and Natalie Haas (violin and cello) play tunes from around the world and (are) truly world-class performers – they often tour the world and are two of the nicest humans I’ve ever known” , said Beatie.

To find out more about each of The Old Steeple’s performances, and to purchase tickets to the shows, go to ferndalemusiccompany.com. Tickets are also available in Ferndale at Mind’s Eye Coffee Lounge and in Arcata at Wildberries Marketplace, or by calling 707-786-7030.