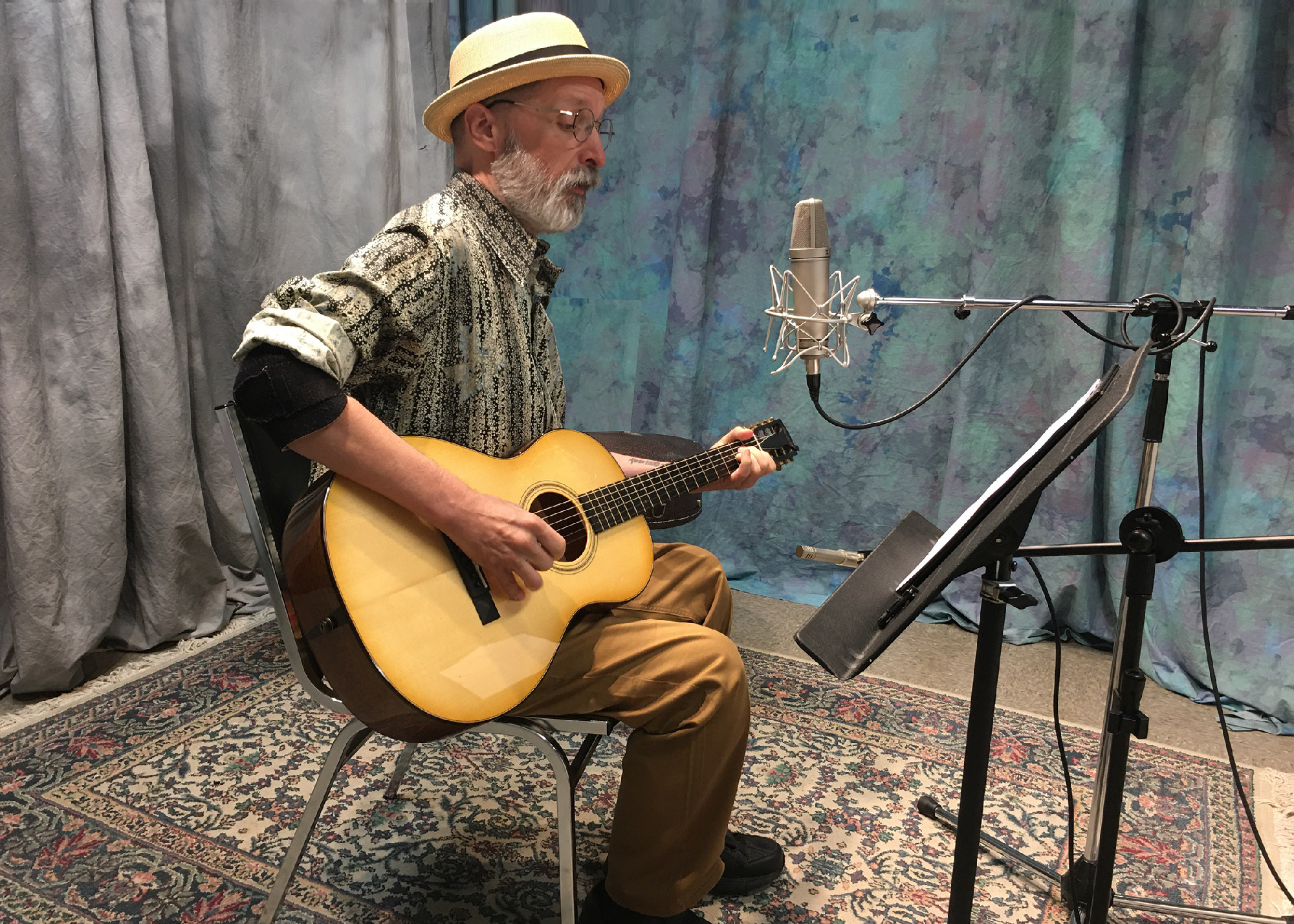 Musician Michael Eck has never been the lead singer of a heavy metal band, which is one of the few things he hasn’t tried in his 40-year career.

A longtime member of the Capital Region music scene, Eck has been part of an impressive number of bands over the years, performing an equally impressive variety of genres. To name a few, he has played with punk rockers The Plague, alternative country band Chefs of the Future, American root rockers Ramblin Jug Stompers and American acoustic band Lost Radio Rounders.

Beyond that, the multi-instrumentalist had a busy 20-year solo acoustic career, wrote hundreds of songs and appeared on dozens of albums. Recently inducted into the Capital Region’s Thomas Edison Music Hall of Fame, Eck is a cultural critic and elector for the National Rock & Roll Hall of Fame.

On Sunday he will celebrate the four decades he has performed with a show at Caffe Lena, where he is a board member.

It won’t be a true retrospective; he will perform older songs, but the focus will be on his latest album “Your Turn to Shine – New Songs, Live at WEXT”. It’s the first he’s released in a dozen years and features a sample of some 150 songs he’s written in recent years. Half were written during the pandemic, including the title track, which was the last song Eck wrote before he had a stroke in 2021.

“I thought it was about a friend of mine who passed away. It was a song for me and I think that’s the only time I felt that way . . . so now when I sing this song, it’s very different,” Eck said.

Various health problems have arisen since the stroke. However, Eck takes it day by day and keeps in mind a notion he picked up from Lenny Kaye (a guitarist who played with Patti Smith for a long time): “Every day you play your guitar is a where you have to play your guitar.

“Are you becoming more of a philosopher? How not to be more philosophical? When I turned 50, I said “I want to be more empathetic”. I want to have more empathy for the world around me. Then when all these other things were happening to me, it just amplified that,” Eck said.

He continued to put his energy into songwriting with the help of workshops and sessions offered online and at Caffe Lena School of Music and Beacon Music Factory. He still draws inspiration from fiction and the people in his life, although his songwriting process has changed recently.

“Since my stroke, I’ve been doing these classes [and] I find now as often as not, now I write full sets of lyrics,” Eck said. “What I tend to do now is write a full set of lyrics, then apply music, harmony, melody to it… then go back and do mounting.”

Some of those songs are on “your turn to shine,” which came together earlier this year thanks in part to WEXT DJ Chris Wienk. Eck had done an interview with Wienk and performed some of his new songs at the station. Later that year, when Eck came up with the idea of ​​”your turn to shine”, Wienk invited him back to perform some new material.

It was a completely different process from his previous album, “In My Shoes”, which was also recorded at WEXT, although it was in sessions of six to eight songs at a time and Eck had carefully considered the running order. and the themes of each song. beforehand.

This time around, there isn’t necessarily any thematic connective tissue between the songs. Instead, these are some of the most recent songs he’s completed and Sunday’s show will be the first time he’s performed some of them outside of WEXT.

The show will see another first when his adult children join him on stage for some closing songs. Lakota Ruby-Eck will play on guitar and Lillierose Ruby-Eck on violin. This will be their first time performing together and Lakota’s first performance.

“We had a rehearsal the other night and at the end I just gave him a big hug. I said, Man, if we never do anything else, if the world blows up and we don’t not this gig, we play guitar together and it was so special,” Eck said.

Sarah Craig, the executive director of Caffe Lena, praised Eck’s songwriting and noted that her love and understanding of music in almost every genre shines through in her music.

“There’s so much in his songs, there’s history, there’s a lot of styles, there’s a passion for humanity. It all goes into his songs, so there’s a wonderful sincerity in his performances,” Craig said.

Sunday’s show is just days away from the anniversary of Eck’s first performance on October 1, 1982, when he played electric guitar with hardcore punk band Deaf Zone during a battle groups at Bethlehem Central High School.

Looking back on his music career isn’t something Eck does very often; he tends to focus on what he is working on now rather than what he has already accomplished. However, during a recent interview with The Gazette, he noted “I was never into the big band back then. It doesn’t matter to me. Forty years later, I’m still making music and it still makes me happy.

“Anyone can choose to pursue a crazy idea. Just do it. If you still want to do it when you’re old, keep doing it. Keep switching lenses. . . If it makes you happy, do it,” he added.

More from The Daily Gazette: