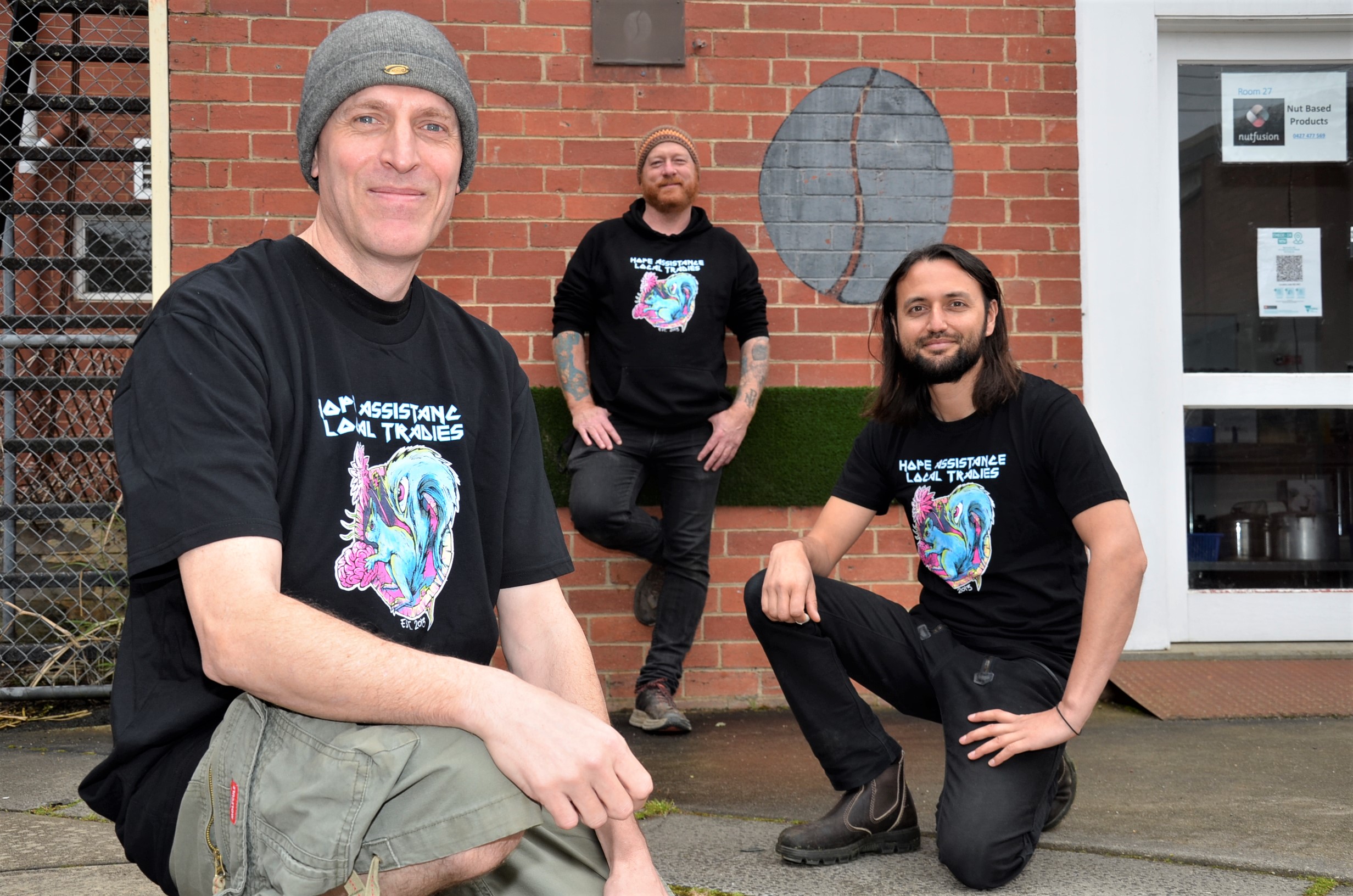 “I lost a few friends in the music scene who committed suicide during the pandemic,” said the Fryerstown-based singer in thrash band Pissbolt.

Ahn did the design and Robins took care of the color of the group style t-shirts aimed at raising mental health awareness with tradies, musos and other artists in mind.

“Doing this was a no-brainer,” Robins told the Midland Express.
“It’s something that is close to my heart and unfortunately it’s something we all have to deal with. “

Jem Moloney of HALT said bringing the art world and the world of tradition together for the project was particularly rewarding.

“Suicide and the stigma surrounding mental health issues affect both of these worlds,” Jem said.

“Artists often work in trades alongside their artistic practice, and the mental health issues of the traditional community, including depression, anxiety and substance abuse, resonate in the art world.

“As someone who has worked in traditional jobs and in the arts, it was great to bring these two worlds together for this project.

“I hope this project can help stimulate conversations around mental health. And they just look really cool.

Moloney believes the humble tee is an often overlooked art form, but provides a perfect canvas for artists like Robins and Ahn to interpret the HALT message.

“While you won’t see group shirts at the National Gallery, you will see them on all the streets, and that’s usually where HALT promotes mental health,” he said.

“By wearing one of these t-shirts, you will not only look great, you will also encourage difficult conversations in your community. “
HALT is a registered charity and those who wish to purchase a t-shirt can do so at halt.bigcartel.com

Anyone needing immediate assistance should call Lifeline on 13 11 14.