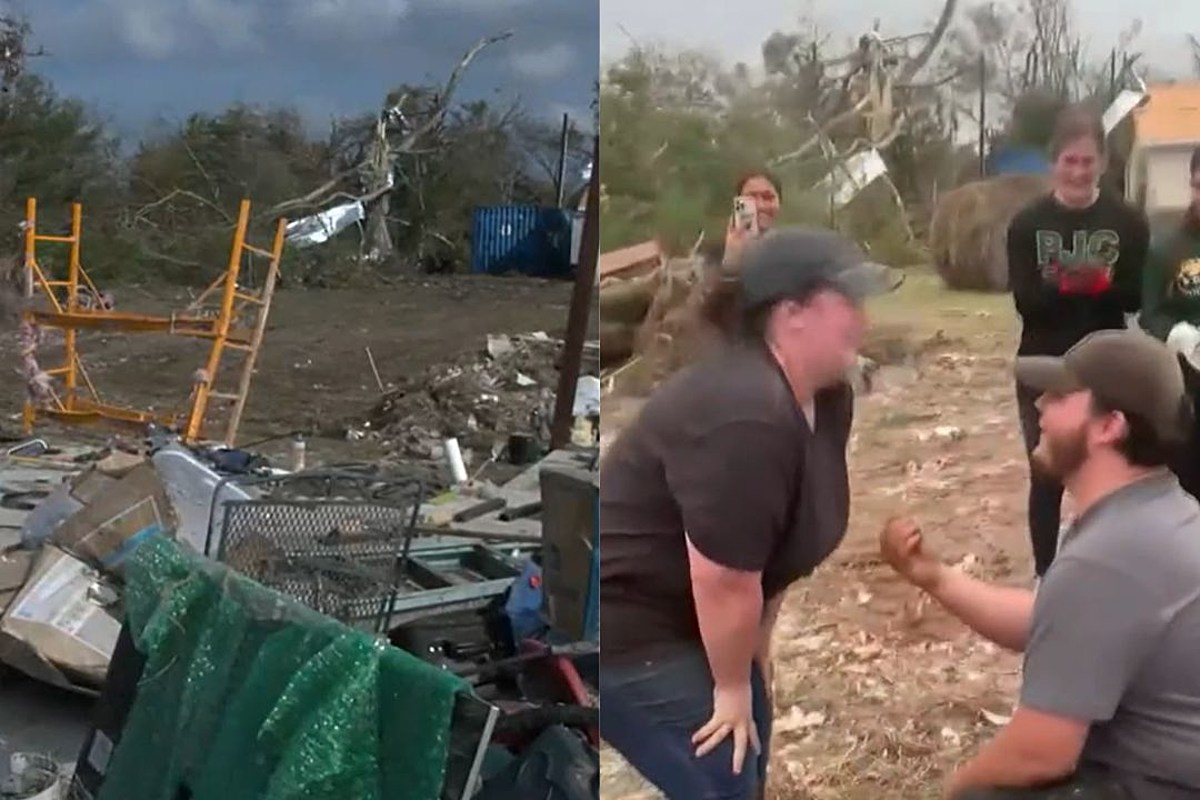 A couple in Texas got engaged after a group of volunteers helped find a lost engagement ring during a tornado cleanup effort.

Last week, after a tornado ripped through Lamar County, Texas, and destroyed their home, Dakota Hudson – who was planning to propose to his girlfriend, Lauren Patterson – thought he would never see the ring again, which he had hidden in their house.

“I told her, I was like, ‘I lost your engagement ring and your wedding ring,’ and she told me it was fine,” Hudson told the local outlet. KXII. Hudson added that his girlfriend told him “all she needed was me.”

However, with the help of a few volunteers, Hudson and Patterson found some light in the dark.

When the Paris Junior College softball team, the Dragons, arrived to help clean up, they were determined to find the missing ring.

“When you tell 20 girls that someone is will get engaged if they find a ringthey’ll find it,” he continued.

It was then that one of the volunteers fell on the ring.

“I was just digging in the mud at that particular spot, and I kept digging there,” Dragons player Kate Rainey told KXII.

“I don’t know why… I felt led to dig right there, and found a little piece of a circle of metal, and it wasn’t metal. It was gold I couldn’t believe it. When I found it, I was like, ‘There’s no way I found it!'” Rainey continued.

The ring was reportedly found buried 2 inches in the ground, about 7 yards from the closet it was stored in.

Once the ring was located, Hudson wasted no time. He immediately got down on one knee and proposed to Patterson.

“Finally, you had a moment to smile, and it was a real smile. It was a very surreal moment,” Patterson told KXII.