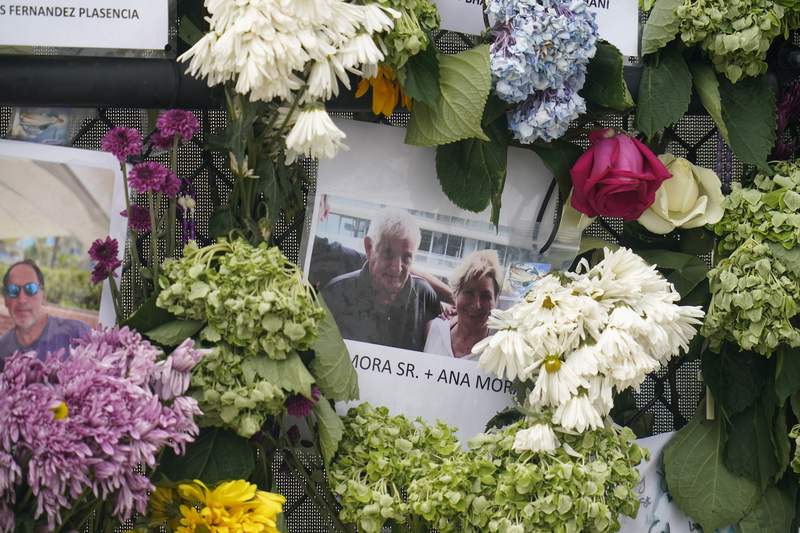 Sixty years before Juan Mora’s Florida condominium collapsed, killing him and at least 89 others, he was among hundreds of Cuban exiles who engaged in a covert operation funded by the CIA to overthrow the dictatorship of Fidel Castro supported by the Soviets.

Mora’s dream of restoring democracy to his homeland led him from military training in a Guatemalan jungle camp to the failed Bay of Pigs invasion in 1961, where he was captured and then crammed into a A decrepit, rat-filled Cuban prison for 20 months, friends once jailed with him told The Associated Press.

Authorities on Friday identified the remains of Juan A. Mora, 80, also known as Juanito, recovered from the rubble of the Champlain Towers South building in Surfside. Other people killed included his wife, Ana, and their adult son, Juan Mora Jr., who was working in Chicago and staying with his parents when their 12-story apartment building suddenly collapsed on June 24.

Mora Sr. was a much-loved figure in the Cuban-American community in the Miami area, once active in the Bay of Pigs Veterans Association and the Bay of Pigs Museum it houses, Humberto Lopez, a member of the museum board. Mora “was always trying to help,” organizing events, writing op-eds about the invasion and emailing other members of the veterans group, Lopez recalls.

Lopez said he and the talkative Mora have been close over the past decade and described his wife as “charismatic.”

Ana Mora had worked as an assistant to the president of a prestigious Miami Catholic high school, Belen Jesuit Prep, from which the couple’s son graduated, said another family friend, Johnny Lopez de la Cruz, president of the museum and association of ‘Veterans.

Mora Jr. was the director of Morton Salt’s Chicago road salt business, according to close friend Matthew Kaade, who graduated with him from Loyola University in Chicago in 2011.

Mora Sr. was part of a group of Cuban exiles funded by the CIA at the end of the Eisenhower administration to help counter Soviet influence and the missiles placed in Cuba. The volunteers were sent to training camps in the Guatemalan jungle in 1960 and early 1961. The force is known as Brigade 2506 – the identification number of the first victim, a man who fell from ‘a cliff during a training accident, said Diaz Arguelles, who trained in one of the camps with Mora.

They lived in tents, ate sometimes spoiled food, and drank river water while learning to use machine guns, grenades, bazookas, and mortars.

“We were so convinced of what we were doing to liberate Cuba that no one complained,” recalls Diaz Arguelles.

He said Mora, a radio operator from Battalion 3 of the brigade, was lively and popular and “always talked about any topic you can think of.”

When training ended in April 1961 and the fighters headed for Cuba, they realized they were not getting the aid promised by the US military, including air support and an “armada.” of the Navy, â€said Diaz Arguelles. About 1,400 men were transported from a Nicaraguan port in rusty merchant cargo ships to the Bay of Pigs on Cuba’s southern coast, then had to descend ropes in the dark to embark on “18 foot aluminum boats.” of Sears’ and reach the beach – while under fire, for Castro had learned of the invasion in advance.

“There was no time to be afraid,” said Diaz Arguelles, whose boat sank after hitting a reef, forcing her to swim ashore with a tube of mortar and two crates of ammunition.

President John F. Kennedy, who authorized the mission just three months into his tenure, canceled a planned second airstrike after US support for the April 17, 1961 invasion became known, according to the library JFK.

After three days of fighting the overwhelming Cuban force, hiding in the swamps and running out of ammunition, water and food, more than 100 members of the 2506 brigade were killed. Diaz Arguelles and around 20 invaders were surrounded by Cuban troops and taken to Castillo del Principe, or Prince’s Castle, a huge military fort in Havana. There, Diaz Arguelles again met Mora, who, like him, had been captured.

Diaz Arguelles said the prison was deteriorated and full of fungi, and they had to sleep on the floor with rats running over them at night. Their meager food contained rats and cockroaches, and the contaminated water left the men sick and weak.

Lopez was also jailed there and spent around eight months in the same cell as Mora, who was later moved elsewhere in the prison.

Nearly 1,200 prisoners were eventually returned to the United States in exchange for $ 53 million worth of food and medicine, according to the JFK Library. The survivors of the 2506 brigade were airlifted to Florida just before Christmas 1962 and were reunited with the family they had there.

Diaz Arguelles said he and Mora both got jobs and went to college.

The men had moved away from each other for years, but reconnected after retirement. Diaz Arguelles recalled that Mora had owned a business selling hurricane-proof windows and doors for at least a decade, and said they last spoke a few months ago, naturally of the group of Bay of Pigs veterans.

Copyright 2021 The Associated Press. All rights reserved. This material may not be published, broadcast, rewritten or redistributed without permission.