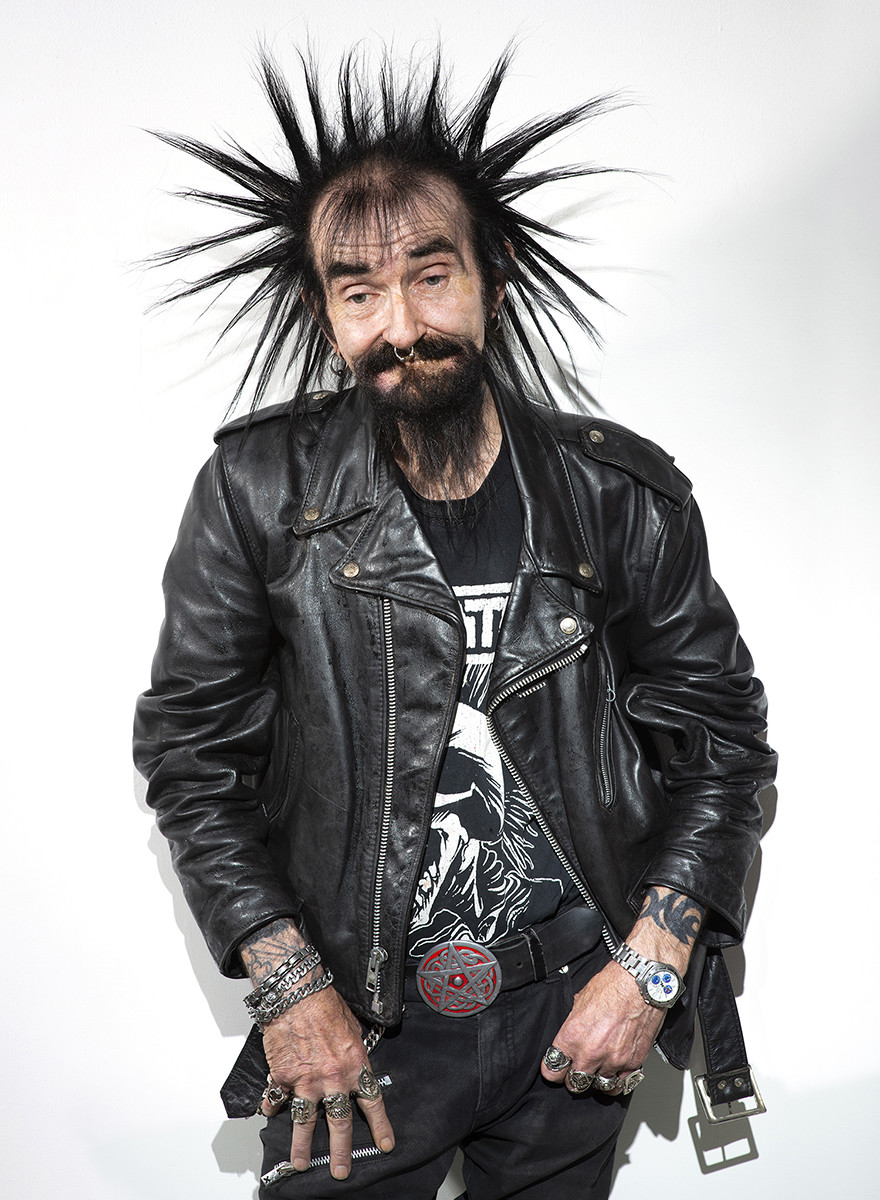 OG Punk talks about the legacy of punk as an anarchist youth counterculture rebelling against mainstream society. An attitude more than a movement, in the 1970s punk swept the world and was often driven by pressing political concerns. In the beginning, the West Coast had a particularly vibrant hardcore punk music scene. In the past year Dina goldstein photographed key figures of the legendary 1980s and 1990s punk rock scene in Vancouver and Victoria. The portraits in OG Punk in this ongoing series were shot with a neutral studio background, creating a staged and theatrical firework vibe. The subjects consciously perform for the camera, showing off their punk badges, spiked hairstyles and tattoos. Some pose with cheerful bravado, others are more introverted, even melancholy. Seen as they are today, these original punks have matured as distinct personalities while still retaining their subculture characters as their nicknames indicate. The distinctions between costume and everyday adornment are difficult to decipher, drawing attention to the limits of self-fashioning. Each portrait carries tensions between the public display of social identity and individual expression. For Goldstein’s subjects, punk culture persists as a rebellious attitude, and as Lisa Jak of the Dayglo Abortions group claims: “As long as there is ignorance, oppression and intolerance, we will be there to fight back ”.

Dina Goldstein is a Vancouver photographer whose documentary, portraiture and staged paintings focus on social commentary. His work has been widely published and included in numerous international exhibitions.