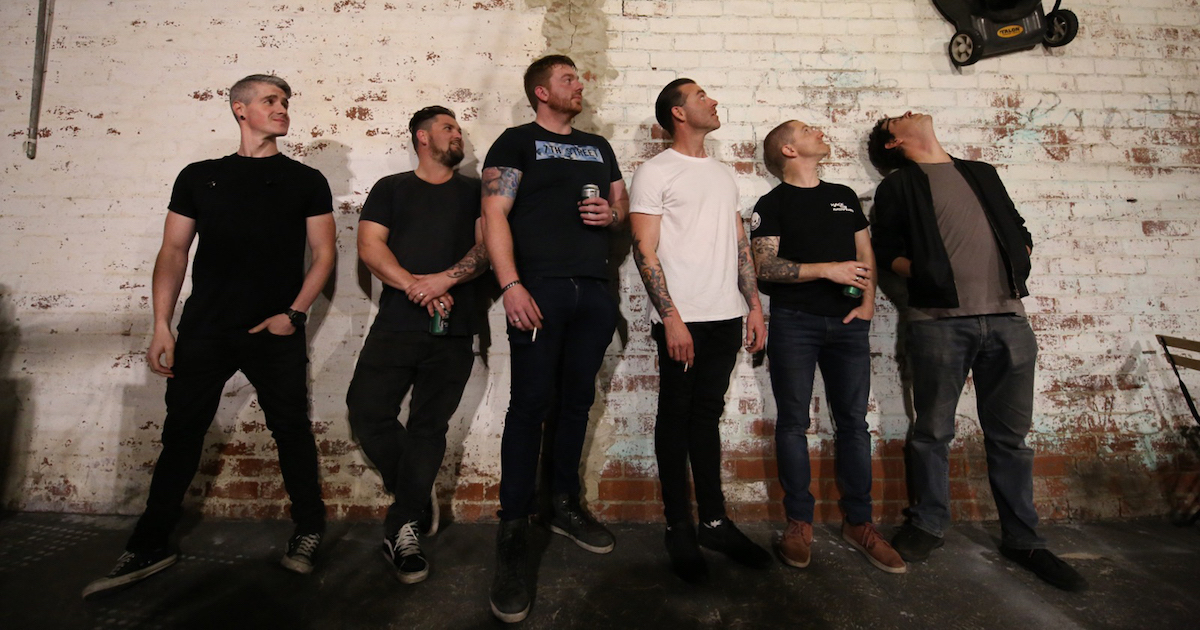 AFTER: HALLOWEEN HYSTERIA: The creature returns from the living dead // FANGZ: Woodie’s five best drummers of all time // RISE VS: The American Dream COMMENTS: AFI: Body // STAND AGAINST: Generation nowhere // HUNT THE GHOSTS: Homelands // KENNYHOOPLA: Guilt of Survivors: The Mixtape // HELLO : Hello // JUDO CHOP! : The duration of the conversation

It was a long time coming, according to the group, with the pandemic impacting their big plans. We wanted to know all about how the EP formed, so once we recovered from the punch in the teeth he delivered, we had bassist Andre Vikas on the blower for a chat. .

Hysteria: Give us the Judo CHOP! History.

Andre: The story is two years old now, almost three years old. So we were a bit slow to get started, and COVID didn’t help. It all started with guitarist Johnny Beech, who had already played in the band Cash No. This group fell apart and he wanted to create something new, so he looked around and tried to bring people together. He is the beating heart of the group. He brought in our drummer Ollie DW, as well as our other guitarist Sam Howard and me. Then our last guitarist, Aaron Braddock, found out that I was in the band. He also wanted to jump on it, so we ended up with three guitarists. We couldn’t say no to the right people and the right musicians.

The last piece of the puzzle was to find a singer. We just started doing demo versions of our songs and releasing them. We have known Murray McDonald from previous groups. We knew he was a good guy and a good singer. He created a few voices for these demos, and we immediately loved them. The great thing about being in bands before is that we know what we really want. This camaraderie, this creativity and this freedom to be ourselves and have fun is so important. You don’t join a punk band in 2021 to become a millionaire. You do it for fun.

We laughed at the band name and the Austin Powers benchmark, but it’s also so relevant to your sound.

We were just throwing names. Deciding on one isn’t the most fun process. We wanted to try to summarize all of these things succinctly. We just wanted to make it clear that we don’t take ourselves too seriously. We wanted to be a little different and stand out as well. A reference is always a win, and we were really thinking about that Austin Powers scene when we found it. But also, the funny thing is that there is no judo chop in judo.

Let’s talk about your first EP, The duration of the conversation. How long has it been under construction?

For a certain time. COVID took a year. He would be out sooner. We wrote the songs almost two years ago. Then, about a year and a half ago, we booked studio time and had Ollie put down the drums in one afternoon. It was great for the hip pocket (laughs). We recorded all the guitars and bass ourselves at home. There were positives and negatives about it. We were meticulous, but we didn’t have a clear timeline, so we took a year for this stuff. It was longer than we wanted, but we are living and learning.

Then we took it to the studio and reworked all the guitar sounds. Then Sam Johnson from Holes & Corners Recording Studio in South Melbourne did his magic and got great sound. Now we’re just waiting to let it go.

Was DIY so liberating?

Good question. I don’t think this is a process that everyone enjoys, and honestly, for Johnny and I not having done this to this point before, we discovered a lot on the way. We ended up enjoying the process, but sometimes found it tricky. But, it worked for us because we had enough structure with the demo songs that we didn’t feel lost. We knew where to go. Also, having a level of technical knowledge and skills helped. We were able to get exactly what we wanted, and that takes experience. If I had tried to do it ten years ago, I’m not sure I could have done it. Having three guitarists means things need to be even more precise and precise. I think we’ve definitely learned to approach this a little differently next time around.

Did you draw on your personal experiences while writing the songs for the record?

Murray wrote all the lyrics so I can’t speak for him, but I know there is a song about his experience coming home from the pub drunk. Not ironically, this is one of the most punk rock songs on the record. Murray generally writes from his own experiences, things he encounters every day. It reflects everything that makes you human, such as political values; it’s all in there. I really like the way he puts the words together. It’s not overtly political or anything. It’s just Murray.

If you could tour with bands, past or present, who would they be?

As a bassist I would say A cry from Wilhelm. I was lucky enough to meet these guys a few years ago, their music was a big influence on me, and they were great guys. Propaganda was also a huge influence, lyrically and musically. So being able to chat with them a bit would be amazing. To be honest, any fun Aussie band would be great.

What do you want listeners to take away from the EP?

I am big on the subjectivity of music. I like that everyone in the group comes up with their own ideas when we write. For example, when Murray joined us, we had this song that we had been writing for a long time, and it had no lyrics or vocal melodies. So when I heard what Murray wrote, my first reaction was, wow, I never would have thought of it. I don’t want music to be just my thoughts. I want it to be a combination of everyone. So when someone does something different for me, it’s great. I would like someone who is listening to us for the first time to take that away. Let all of these different pieces come together in a way they might never have heard of before.

Buy and stream the Judo Chop EP! The duration of the conversation here.