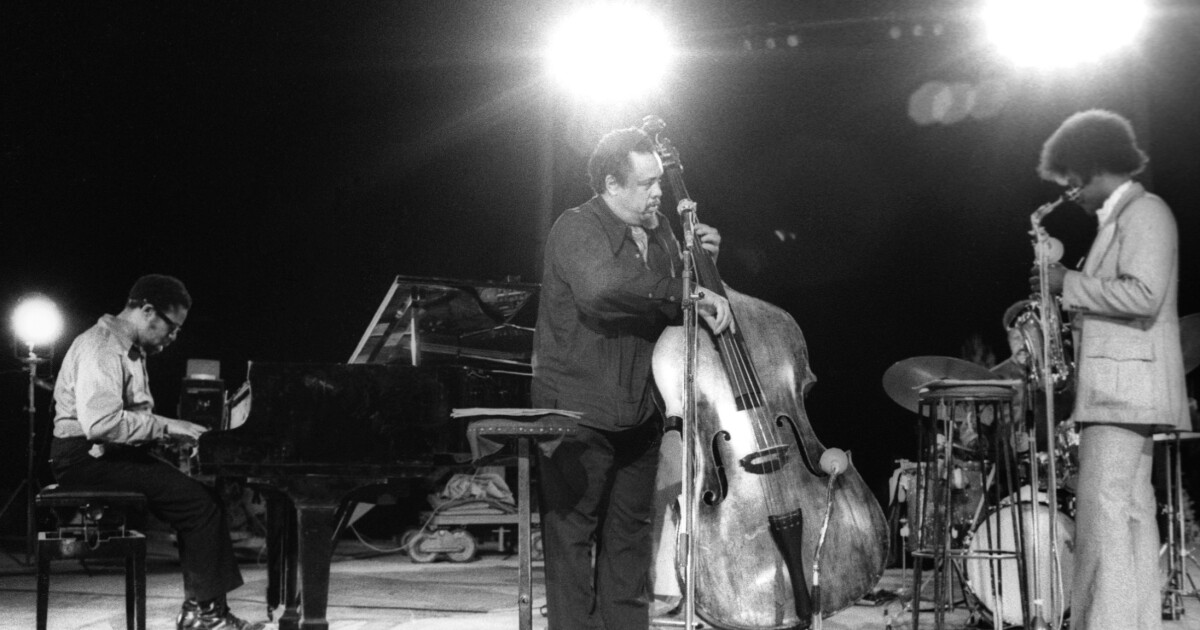 And few have more information about the towering bassist and songwriter, whose legacy spans rock, hip-hop, the world of film and beyond.

“Mingus’ legacy as an artist is that he was truly multi-dimensional,” said McPherson, 82, who will perform at the Charles Mingus Centenary Concert in Nogales on Saturday.

The longtime San Diego saxophonist was a member of the ever-growing (but mostly) Mingus bands from 1960 to 1972. A longtime San Diego resident, McPherson is featured prominently on Resonance Records’ new live triple CD, “Mingus: The Lost Album”, which was recorded at Ronnie Scott’s jazz club in London in 1972.

The album finds the musicians expanding at length over absorbing versions of Mingus classics such as “Fables of Faubus” and “Orange Was the Color of Her Dress, Then Silk Blues”, which clock in at 35 minutes and 30 minutes respectively. minutes and 45 seconds. Right behind is the “Mind Readers’ Convention in Milano (AKA Number 29)”, which lasts just under 30 minutes.

This kind of expansion into performing on nightclub stages was a hallmark of Mingus for much of his career, beginning in the 1950s when he and his bands often performed under the moniker The Jazz. Workshop.

“It’s true,” McPherson said. “It was part of his musical DNA, in the clubs especially, where the gong off script, expansion and musical stream of consciousness often happened. It would be like stepping out of the script, in a musical way, especially during live performances.

“If you can really write as a composer, you learn to freeze that moment and keep the feeling of spontaneity like you just wrote it. here and now are supposed to do it and be so wonderful it looks like they wrote the damn thing!

McPherson only heard “Mingus: The Lost Album” shortly before its recent release.

“It brings me back to those moments,” he said, “listening to all of the music, and also myself, and hearing this young guy playing the sax and comparing that to what I’m sounding now, what I play now, my technique, everything.

“I would have liked to play better back then and be more willing to take risks. But I was much younger and it wasn’t my band; it was Mingus’ band. If I had known then what I know now, I would have been a lot cheekier.” Mingus was already ballsy.

“I didn’t even know they were recording it,” he said of the new/old live album.

“So what reminds me of when it was done is who was in the band at the time. Because, a week earlier or later, one of the guys on the album didn’t would not have been part of the group.

A reputedly unstable performer, Mingus was known to hire and fire band members at all times. He also came to blows on occasion with some of his musicians – and some of his audience members as well (especially if they were talking loudly during his club performances).

“Mingus didn’t edit much; what you saw is what you got,” McPherson said. “If he thought you were dishonest, he would say so. But if he sensed that you were a beautiful soul, if I could be so romantic, he would sense it and treat you accordingly.

The saxophonist feels in the latter category, thanks to an early 1960s benefit concert on behalf of ailing writer Kenneth Padgett, a close friend of Mingus. McPherson was the only band member to refuse payment for the performance, suggesting the money should go directly to Padgett.

“Mingus looked at me for three or four seconds and I saw his eyes fill with tears,” McPherson recalled.

“He said, ‘Thank you, Charles.’ From that moment, I couldn’t do anything wrong in this group. I might be late or blunder on stage, and I did – I was 20 or 21 when Mingus hired me – and he would never look back. He looked away and never bothered me. But I didn’t drive it into the ground; I never crossed the line.

“Once he put you in any box, whatever his box was for you, that’s what you were in forever. So he put me in the ‘nice guy’ box!”