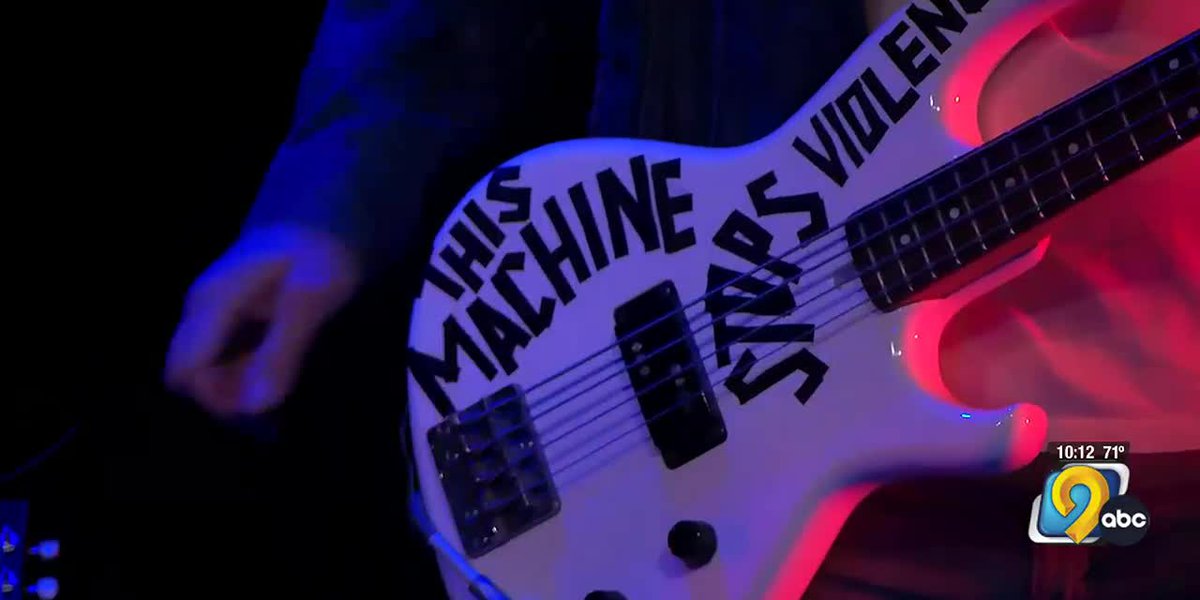 IOWA CITY, Iowa (KCRG) — About 100 people, many wearing band t-shirts to show off their true punk rock, gathered at the James Theater in Iowa City for music and a good cause Saturday night.

Proceeds from Saturday night’s concert went to the Domestic Violence Intervention Program. Alta Medea, with DVIP, said there was a connection between the nonprofit’s work and punk rock.

“The punk movement, you know, has had a lot of back and forth in history, but it’s always kind of these vulnerable communities taking a stand,” Medea said. “That’s part of what’s really exciting tonight is you taking a stand for survivors and saying, ‘We’re here and we’re going to provide for people. “”

The money raised will be used to help victims of domestic violence to escape their violent situation.

“$47,000 is about what we spend annually on hotel stays in our eight-county service area,” Medea said. “About $35,000 spent in Johnson County alone, obviously one of the most expensive places to have a hotel, especially during football season.”

Medea added that hotel rooms are in addition to running a shelter.

“When our shelter is full, which is 365 days a year, it gives us the opportunity to move other people and get them to safety and then bring them to our emergency shelter,” said said Medea.

The need for $47,000 is precipitated by the end of COVID-19 funding. DVIP faces a return to pre-pandemic funding levels, a 60% reduction from the past two years.

The funding cut comes as Medea said DVIP is seeing an “unprecedented increase” in the number of people needing services.

Medea said she didn’t expect to raise the $47,000 at the punk concert, which had sold 98 tickets when KCRG-TV9 spoke to her before the show started. However, she said everything helped.

Those who want to donate can do so. here.

‘We did everything we could:’ All-American Rejects is hosting a free pop-up show for all ages instead of the canceled festival on Saturday