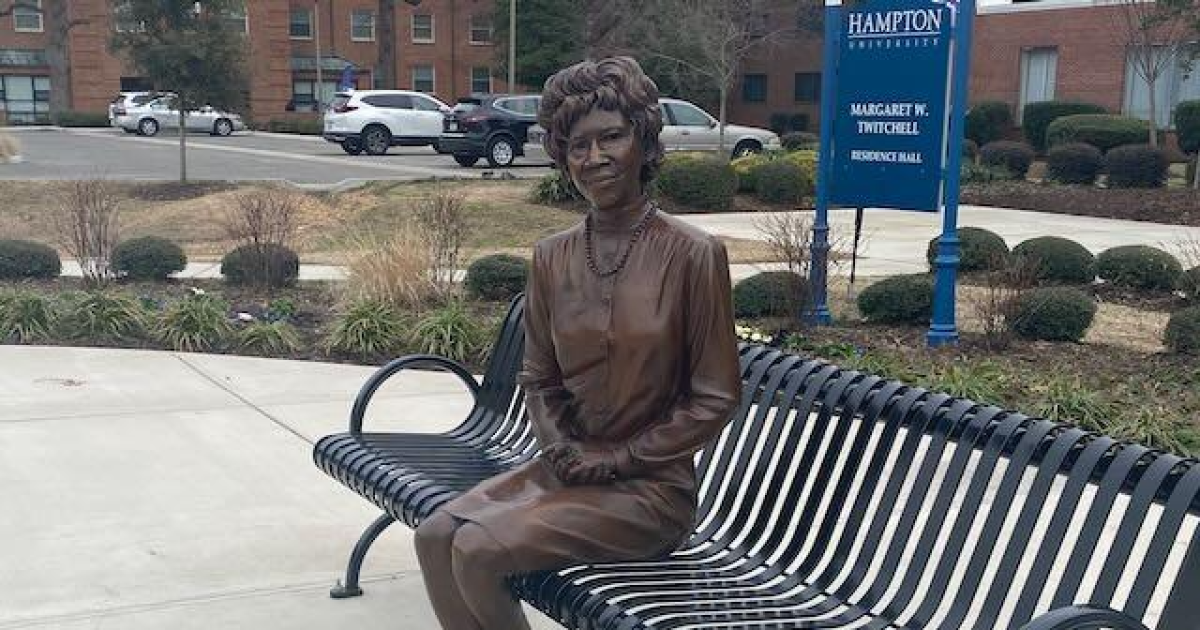 Both are known to be major contributors and supporters of Hampton University’s mission. The new statues reside next to the Twitchell Hall dormitory, which is near the Elder’s House near the waterfront.

“I have always believed that Dr. Christian and Mr. Curry were two of the most loyal, supportive and dedicated graduates of this world-class institution. We salute the positive impact, good work, and faithful efforts of these two individuals,” said Dr. William R. Harvey, President of Hampton University. “We honor both Dr. Mary T. Christian and Mr. Clarence F. ‘Jap’ Curry, for their service to the community and the world, and for their support of their alma mater, Hampton University. . For years, people’s lives have been helped by their efforts. For these and other reasons, I am pleased to unveil these new statues.

She started working in the laundry department at Hampton University. During this time, she took typing lessons which landed her a secretarial job at the university. After being encouraged by her mentor, Dr. Christian graduated with a Bachelor of Science degree in 1955. After graduating from Hampton, she taught in public schools in Hampton City. During summer vacation, Dr. Christian took classes at Columbia University where she received her master’s degree in speech and theater in 1960.

In 1968, she earned her doctorate at Michigan State University, while working as a professor at Hampton University. Dr. Christian is known for organizing a voter registration drive at HU which helped over 1,000 people register to vote.

“Dr.C” has received numerous awards for his service. HU performed a play based on his life and donated all proceeds to a scholarship founded in his name.

Clarence Curry is from Newport News and graduated with a Bachelor of Science degree from Hampton in 1941. He went on to study at Virginia Polytechnic Institute and George Washington University.

Curry worked in the United States Postal Service for 43 years where he was one of the first African Americans promoted to a leadership position. After his retirement, he served as postmaster of Williamsburg.

In Hampton, he performed in the marching band, symphony orchestra, and the Royal Hamptonians Jazz Orchestra. In 1948 he formed his own group, Jap Curry’s Blazers. His group has supported famous artists such as Sam Cooke, The Drifters, Marie Simon and Big Joe Turner. The Blazers have opened for the Duke Ellington Orchestra at the Hampton Jazz Festival, and Curry has performed live on television with Johnny Mathis and Jackie Wilson.

From 1983 to 1988, Curry served as an alumni administrator on the Hampton University Board of Trustees. Curry and his wife, alumnus Sadie Curry, endowed a scholarship for music majors and donated a collection of big band jazz arrangements.