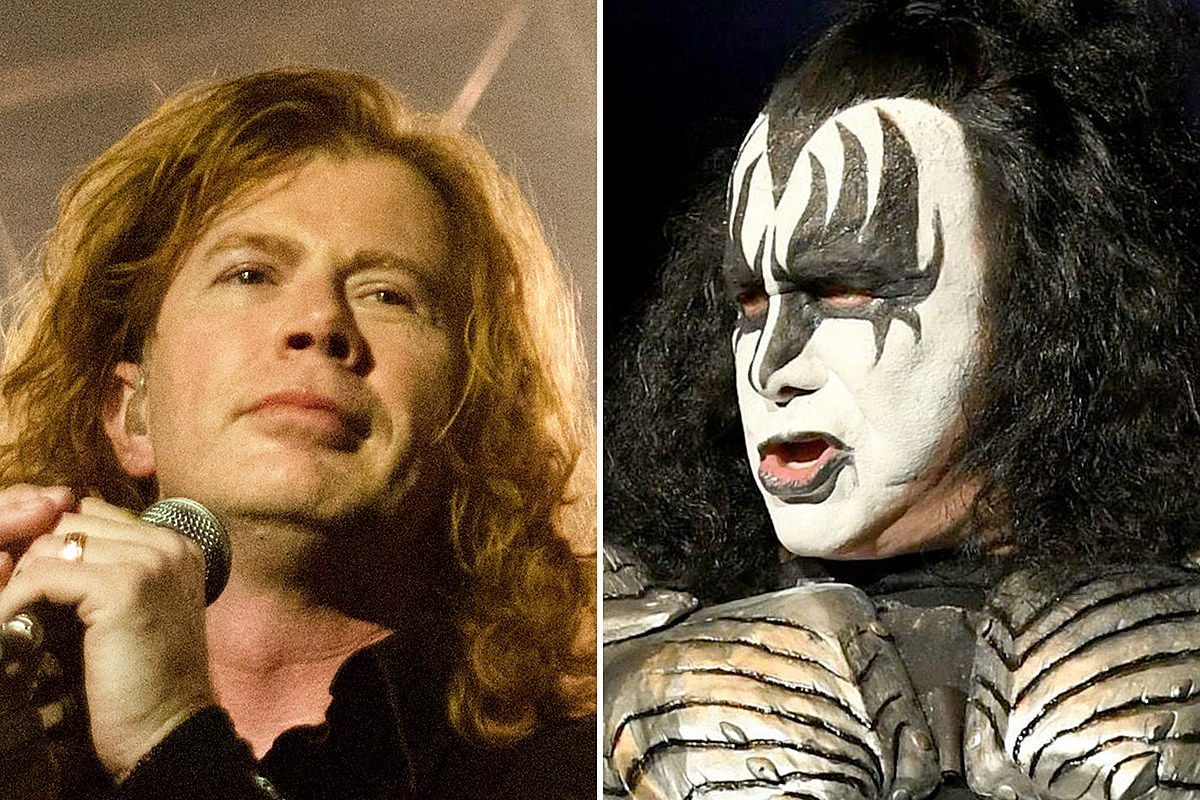 “Gene Simmons likes to give me a hard time,” says Dave Mustaine

In a recent episode of Pandora’s Tales from the Metalverse (video below), Mustaine recalled how he was surprised at a press event when he felt that Simmons had insulted the memory of his late Metallica colleague, Cliff Burton.

While it’s likely Simmons was referring to the discontent between himself and original Kiss members Ace Frehley and Peter Criss, likening it to the notorious rift created after Metallica fired Mustaine in 1983, the Megadeth man felt, “Because Cliff was dead…I thought it just wasn’t good form.”

He confirmed that the incident wasn’t cause for negativity these days, and he wasn’t even sure it was back then. It demonstrated that Simmons knew Mustaine’s story, however, he observed. “It was really, really…strange to know that someone you’ve admired your whole life as a musician knows who you are. It’s a really, really strange feeling.”

A more recent incident had him thinking along the same lines, he said. “For some weird reason, I think Gene likes giving me a hard time,” he said of their meeting at a festival in Spain this year. “[W]we went to take a picture with them [and] Gene was in his uniform. And I hear this guy say, ‘Hello, me, it’s me. Hello, me, it’s me…'”

The line was close to but not exactly a lyric from the Megadeth track “Sweating Bullets”. Mustaine continued, “And I look up and it’s Gene Simmons singing my lyrics. And I thought, ‘What a blast! Who would have ever thought this would happen? “”

But it left him in a dilemma: “I was like, ‘Okay… you’re going to say the right words to them and risk getting crushed by the gargoyle’s boot, or are you going to just let him say it? wrong and just roll this one?'” He took the easier course: ‘I didn’t say anything – and that was cool. We always had a good time when we played with Kiss.’

Elsewhere in the episode, Mustaine discussed his friendship with Stanley and his admiration for the guitarist’s paintings, saying he would like to have one reproduced on one of his own instruments.

Megadeth’s latest album The sick, the dying… and the dead! was released yesterday.

Watch Megadeth in “Tales From the Metalverse”

We take a look at some of the heaviest, loudest and most impressive records ever made.

3 concerts to see in Louisville this weekend (9/2)