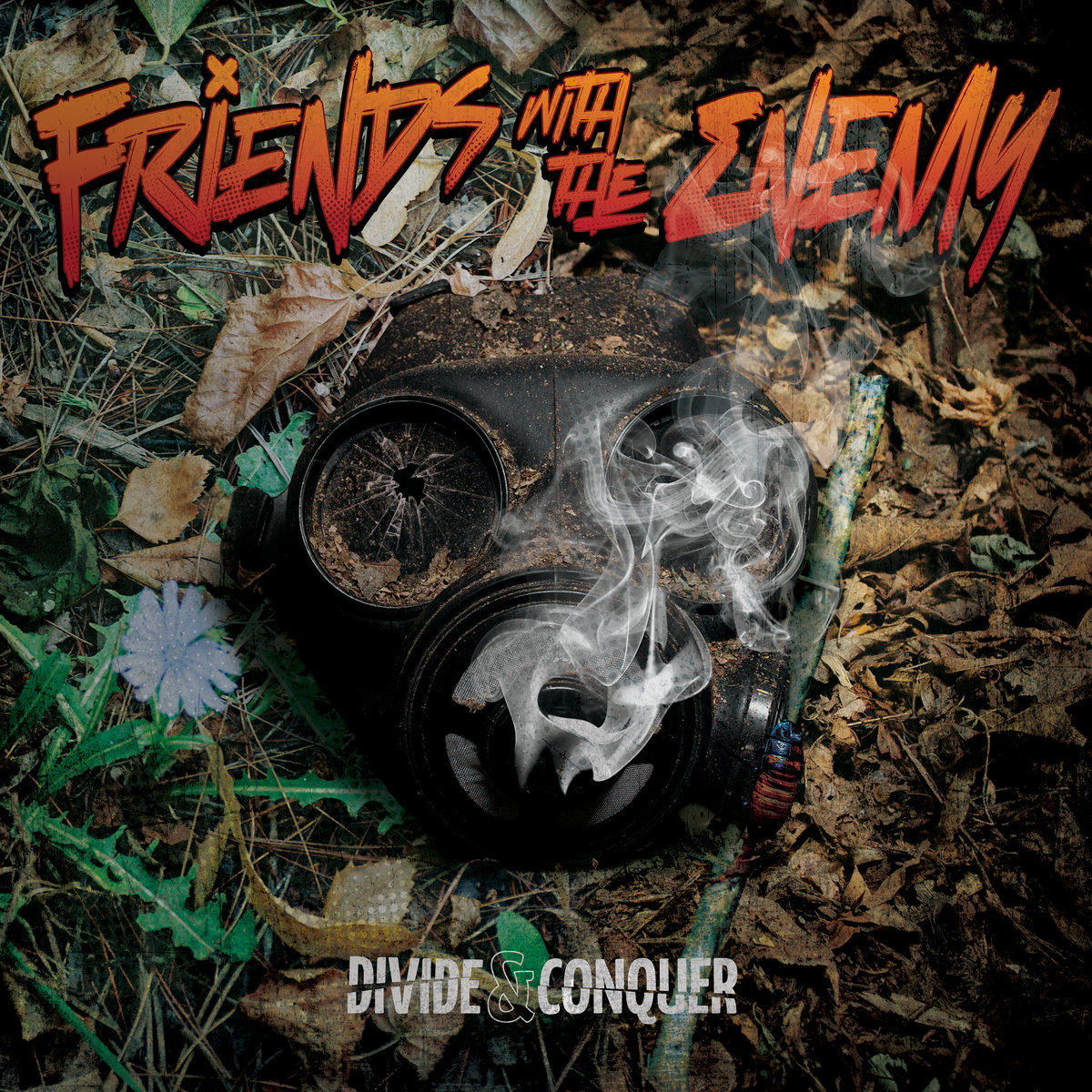 Friends with the Enemy – “Divide & Conquer”

From the lands below, Friends with the enemy is a band of Four Loko-loving Aussies who have been churning out some of the Southern Hemisphere’s best melodic punk for over a decade now. Six years have passed since the release of the group’s first album Declassified, and it looks like they made very good use of that time. Their new record divide and conquer is a vast improvement over all of their previous output in every way. The writing, playing, and production quality have been kicked up several notches, and the end result is an absolutely killer melodic punk record.

Friends With The Enemy play a riffy, metallic, melodic punk brand similar to bands like tense, Belvedereand Mute. For me, that sound has always required top-notch production, and my biggest gripe with the band’s latest record Declassified was that he was sorely lacking in this department. On divide and conquer there is no more compromise. This album is above anything this band has done before. The production is on point and the songs finally have a chance to shine. The drums sound punchy as shit, vocalist Chelsie Bomb’s vocals cut through the mix, and the vocal dubbing, though used quite liberally on some songs, is well executed. Most importantly to me as a guitarist, they nailed the guitar sound on this record.

Anyway, let’s talk about those songs! There are ten of them and they are really good. We’ll start with “Raise the Alarm,” featuring machine-gun-like drumming, anthemic choruses, and more. whoa that you can’t shake a stick. The highlight of this album are tracks like “Days Are Numbered” and “Set Me Free,” which lean into the heavier, more metallic side of the Friends With The Enemy sound, as both guitarists put their hands to the test with an onslaught of incessant chugging riffs. “SML” and “Patricia Anne” are more direct melodic punks in the vein of Good riddancewith octave tracks that are immediately reminiscent of the classic”shadows of defeat”. And since I lack creativity and can’t think of a better way to describe lesser-known bands than endlessly naming established punk bands, I’ll also concede that “Facebook Value” reminds me a lot more of mid-tempo. Pennywise songs like “My God“.

Don’t let my lazy comparisons fool you, Friends With The Enemy is definitely not just another band mimicking the classic “Epi-Fat” sound. divide and conquer is one of the most unique punk records I’ve heard this year. It presents itself as a heavy, melodic, technical and exciting breath of fresh air. And for all the middle aged dudes who’ve spent the last 20 years listening Punk in Drublic on repeat while lamenting that punk died in the 90s, this album is your wake up call.

If you’re unfamiliar with Friends With The Enemy, now is a better time than ever to check them out. divide and conquer is their best release yet, rivaling the recent release of every band I shamelessly name abandoned throughout this review. Listen to the album below and go for it here to find links to all the platforms on which the digital download is available.

Four out of five Lokos

When We Were Young Festival 2022 – Las Vegas After Party Guide