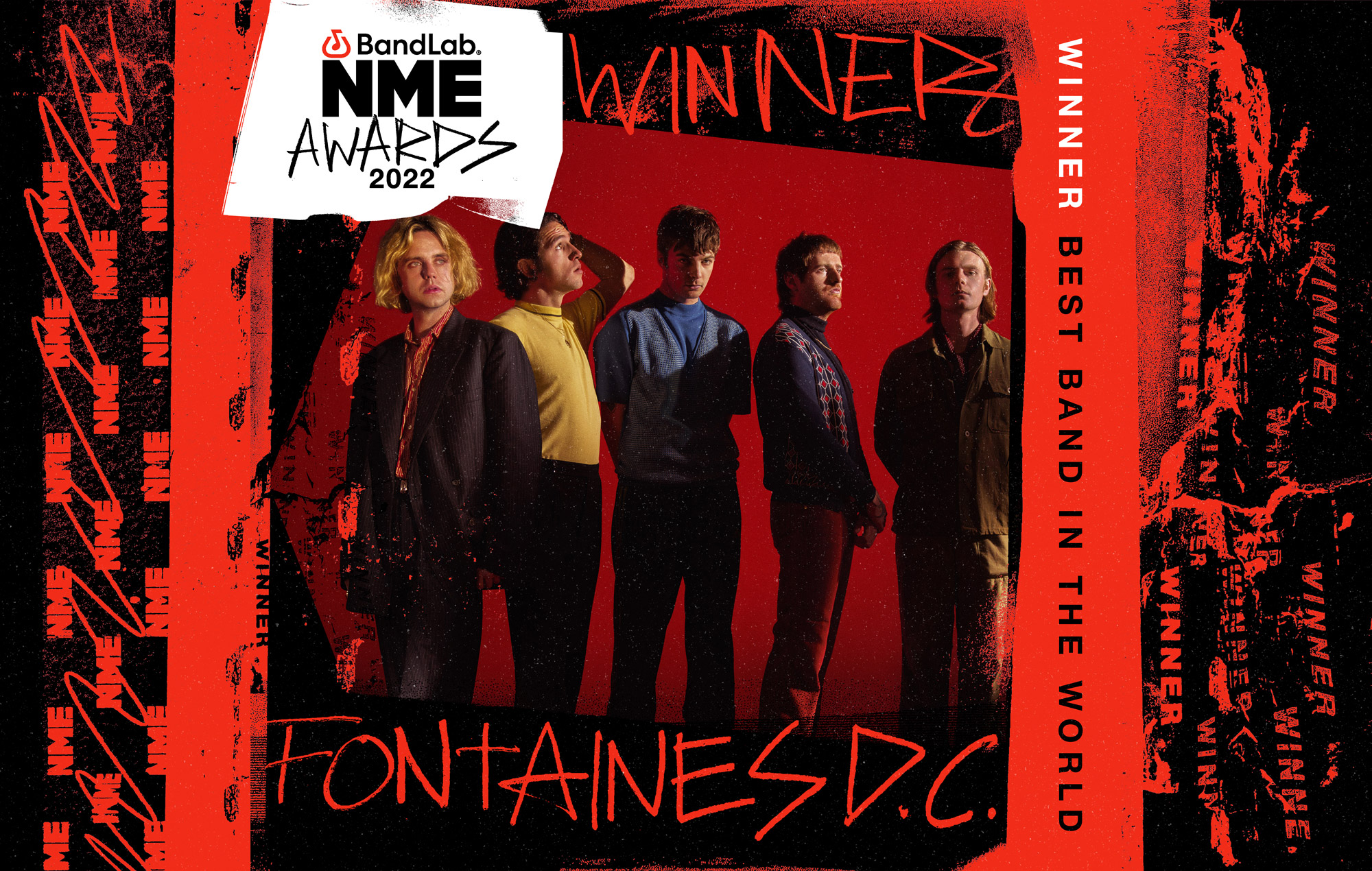 Fontaines DC won the Best Group in the World award at the 2022 BandLab NME Awards.

“Thank you to everyone we’ve worked with,” said Fontaines DC as they accepted their award from The Horrors’ Faris Badwan and comedian/actor Aisling Bea on stage at the O2 Academy Brixton.

Frontman Grian Chatten added, “Thank you to Robert Smith and CHVRCHES for playing an amazing track,” referencing the duo’s performance on The Cure’s “Just Like Heaven” earlier in the night.

By winning Best Band in the World, Fontaines DC took home the only award they were nominated for at the 2022 BandLab NME Awards. Find the full list of winners here. In April, the band will release their third album ‘Skinty Fia’, which they premiered with the singles ‘Jackie Down The Line’ and ‘I Love You’.

The 2022 BandLab NME Awards kicked off tonight (March 2) with a performance by Sam Fender. The ongoing ceremony, which is taking place at the O2 Academy Brixton with co-hosts Daisy May Cooper and Lady Leshurr, has also seen performances from Griff and Sigrid, and CHVRCHES and Robert Smith. Bring Me The Horizon will close the show with a five-song set.

Check back for the latest news, interviews, winners and more from the 2022 BandLab NME Awards.