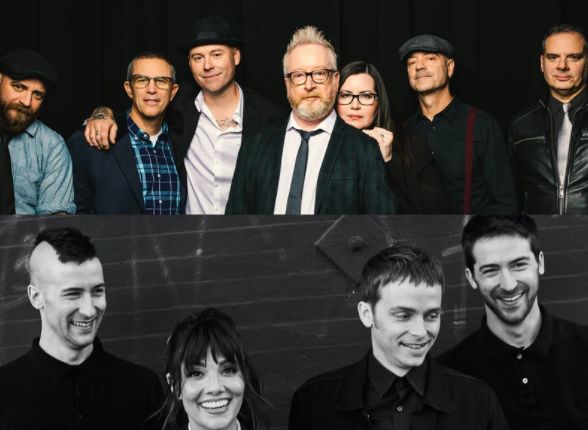 Flogging Molly and The Interrupters arrive at Vina Robles

Show in Vina Robles on September 21

– Flogging Molly and The Interrupters have announced a co-headlining summer tour, which kicks off June 7 in Indianapolis, with Tiger Army and The Skints supporting all dates. The tour includes a stop at Vina Robles Amphitheater September 21.

“We’re thrilled to share the news of our upcoming tour with the one and only, The Interrupters,” Flogging Molly vocalist/guitarist Dave King said of the tour, “We’re really looking forward to seeing everyone and to have a good time together. Let’s have fun in the sun!

Formed in 2011, The Interrupters came together when the Bivona brothers – guitarist Kevin Bivona, bassist Justin Bivona, drummer Jesse Bivona – found themselves on various bills with Aimee in 2009. After bonding over musical tastes , the four formed The Interrupters and went on their own. -debuted in 2014. The Interrupters shared stages with bands such as Rancid, blink-182, Green Day, Bad Religion and many other mainstays of the punk scene, cementing the band’s status as a dynamic force on the scene. The band are currently putting the finishing touches on their fourth album with Hellcat/Epitaph Records.

About the Author: News Staff

The Paso Robles Daily News news team wrote or edited this story based on local contributors and news releases. The press team can be contacted at [email protected]