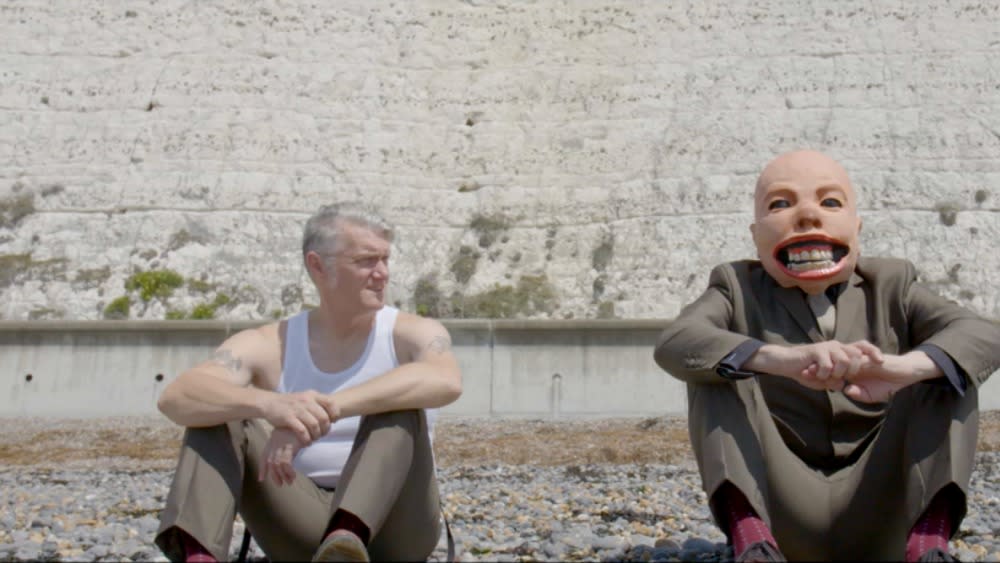 Caroline Stern’s Canoe Movie embarked on the international sales of the feature documentary “I Get Knocked Down”, where Bruce dunstan figure alongside his former Chumbawamba members of the band to reveal the little-known story of the anarchist punk group that suddenly found themselves at the top of the world charts in 1997. Chumbawumba‘s “Punch”Reached number 1 in Australia, Canada, Ireland, Italy, New Zealand and the United States as well as in the top ten in Belgium, Denmark, Germany, Hungary, Iceland, Countries -Bas, Norway, Poland, Sweden and UK. The album went quadruple platinum in the United States and Canada.

The documentary is produced by award-winning filmmaker Sophie robinson (“The Surgeon’s Cut”, “My Beautiful Broken Brain”) and co-directed by Robinson and Bruce. The film had its world premiere at Sheffield Doc / Fest This year.

Canoe will present the film as a virtual preview AFM (November 1-5) as part of a list of acclaimed feature documentaries that includes Toronto and Tribeca’s selection “Underplayed”, Hot Docs winner “Keyboard Fantasies: The Beverly Glenn-Copeland Story” and selection from London and Warsaw “One Man and His Shoes.”

London-based independent content distributor Scorpion television obtained worldwide rights, including film, television and VOD, outside the United States and Canada, for the feature documentary “Meeting the Beatles in India.”

The film is directed and produced by Paul Saltzman, executive produced by David Lynch and told by Morgan freeman.

In 1968, Saltzman, then 23, spent a week with the Beatles at the Maharishi Mahesh Yogi ashram. Using personal photos and never-before-seen video footage, the film traces Saltzman’s life-changing journey, which began with a broken heart and ended with learning transcendent meditation and time spent. with John, Paul, George and Ringo in a remote area. retreat in northern India. It was around this time that much of The Beatles’ “White Album” was conceived.

Some 50 years later, Saltzman’s daughter, Devyani, reminds him that he has a stash of intimate photographs from his days with the biggest band in the world and that the idea for the film India was born. Saltzman tracks down Richard Cooke III – the tiger-hunting inspiration for the song “The Continuing Story of Bungalow Bill” – in Hawaii and talks to David Lynch about his own inner journey and the connection between transcendent meditation and creativity. The film also includes interviews with Beatles historian Mark Lewisohn and Oscar-nominated composer Laurence Rosenthal.

Noah Media GroupThe three-part football docuseries of “South of the River” will air on BT Sport across the UK from 23 November. Created by Noah Media Group’s Gabriel Clarke (“In Search of Jack Charlton”) and directed by Jay gill (“Out of Their Skin”, with the former Manchester United and England star Rio Ferdinand As an executive producer, the series tells the stories of some of the most prominent young English and international soccer players.

The series will explore the stories of those young stars who, over the past three years, have emerged from statistically disadvantaged south London postcodes to the bright lights of multi-billion pound UEFA club competitions.

The opening episode of the underwater thriller “Vigil” was the most broadcast program, with 6.8 million streams during the quarter and 7.7 million streams to date and the men’s football final of. UEFA Euro 2020 between England and Italy was the second most popular schedule of the quarter. , broadcast over 6 million times. In third place, the documentary “9/11: Inside the President’s War Room” with 2.8 million streams.

The Tokyo 2020 Olympics was the most-watched program in the quarter, broadcast over 90 million times, while the long-running soap opera “EastEnders” aired 74 million times in the three months.

British film agency Yorkshire Screen relaunched his Beyond Brontës training program, funded by the Mayor of West Yorkshire‘s creative new deal. The initiative launched in 2019, with the aim of breaking down barriers and opening the doors of film and television jobs for young people from under-represented groups in screen industries. Beyond Brontës, a free, part-time training program, provided career opportunities for interns, nearly three-quarters of whom found work in the creative industries through the program.

Former Beyond Brontës interns continued to work on “Mission Impossible 7”, “Bridgerton”, “Alma’s Not Normal”, “The Witcher” and “Gentleman Jack” among others.

The Mayor of West Yorkshire has pledged to support the extension of the program after funding ends this year and has been relaunched as Beyond Brontës: The Mayor’s Screen Diversity Program. The the deadline for applications is November 26, with the part-time program from January 3 to May 22, 2022. Applications are open to young people aged 18-30 living in West Yorkshire.

The best of variety