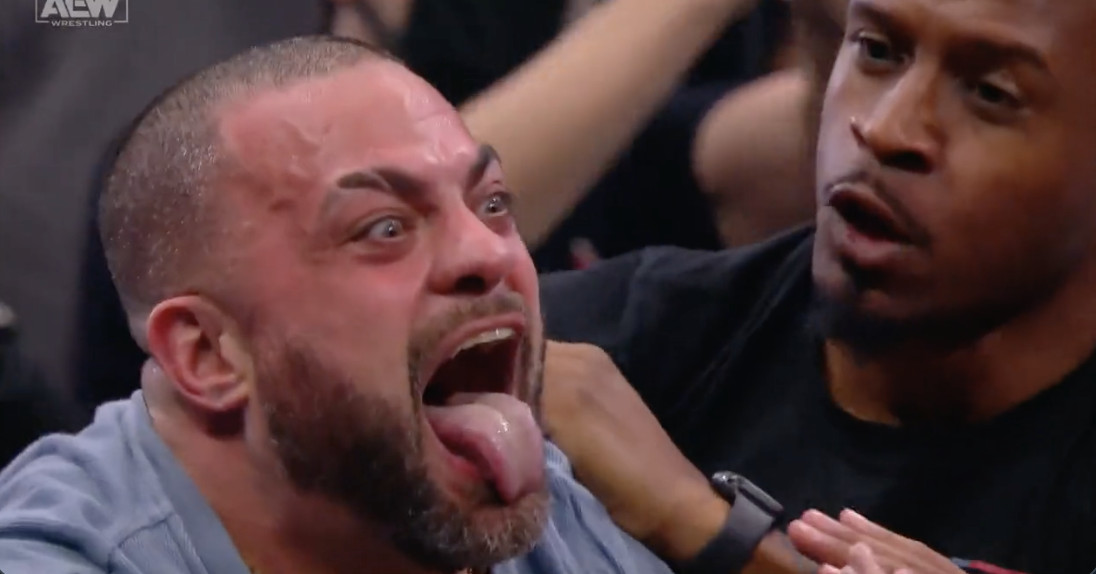 My man Cain A. Knight already posted the full video of CM Punk and Eddie Kingston’s brilliant back-and-forth from AEW Rampage last Friday night, but I’m going to post it again because you really can’t watch it too many times and because this will help illustrate the point I’m about to make:

THIS is what professional wrestling is supposed to be.

But they can absolutely make you want to watch a match between two people who hate each other very much. That’s all you have to convince me of.

These two organized a masterclass in this regard.

It’s not just the pointy beards that they throw themselves into, though there were plenty of them, all deeply personal. It hit quite hard when Punk called Kingston a “tramp” after the latter when he spoke about their story. When Eddie stood in front of him and said “nobody wants you here, they never wanted you here. This whole locker room is scared to say it, but not me”, it hit hard like hell. It’s really effective because of what we know about the man he’s telling it to, or at least what we think we know.

But I want you to really go back and watch Punk just as Eddie gets up and confronts him with those words. Punk’s eyes are bright, his head moves a lot, he almost looks nervous. He gives the impression that Kingston’s words rightfully hurt him, but he tries to hide that fact with a smirk. It also seems to bloat with the kind of adrenaline rush you get when you step into a situation where you’re reasonably certain you’re about to throw some hands up. He only really seems to relax when Kingston pulls back.

Whenever they face each other, there is this palpable sense of impending violence. It’s almost uncomfortable, that’s how you can feel it.

Still later, Kingston, who plays the guy so well who wants to beat the shit still in love with punk because he thinks he’s better than Eddie and hell for it, delivers the verbal knockout. He walks up to her face and says, “After I finish beating you, do me a favor – quit and go for seven years and don’t come …”

He never got to finish because Punk headed him to stop. I especially liked this because it felt like this adrenaline was really pumping through his body at this point and Kingston said something so totally unacceptable to him that he didn’t even want to wait the time it took him to. raise your arm until you throw a punch. He just used the part of his body closest to Kingston’s face as a weapon, which just happened to be his head, because that’s how badly he wanted to physically assault that son of a bitch in front of him.

The split that followed never really took off because AEW went with the “ask the referees and company officials to rush into the ring to keep them away from each other” and I agree. because it gave us some really good visuals of two guys after a brawl full of hate for each other that didn’t go away at all despite the looks.

I mean, look at Punk:

For his part, Kingston, who at one point felt like trying to bite Punk’s face, never stopped antagonizing, fully embracing the madness of the moment:

This is what professional wrestling is meant to be. Nothing about “opportunities” or “brand wars” or demos or whatever. Just two people who convince us that they hate each other and argue the old-fashioned way.