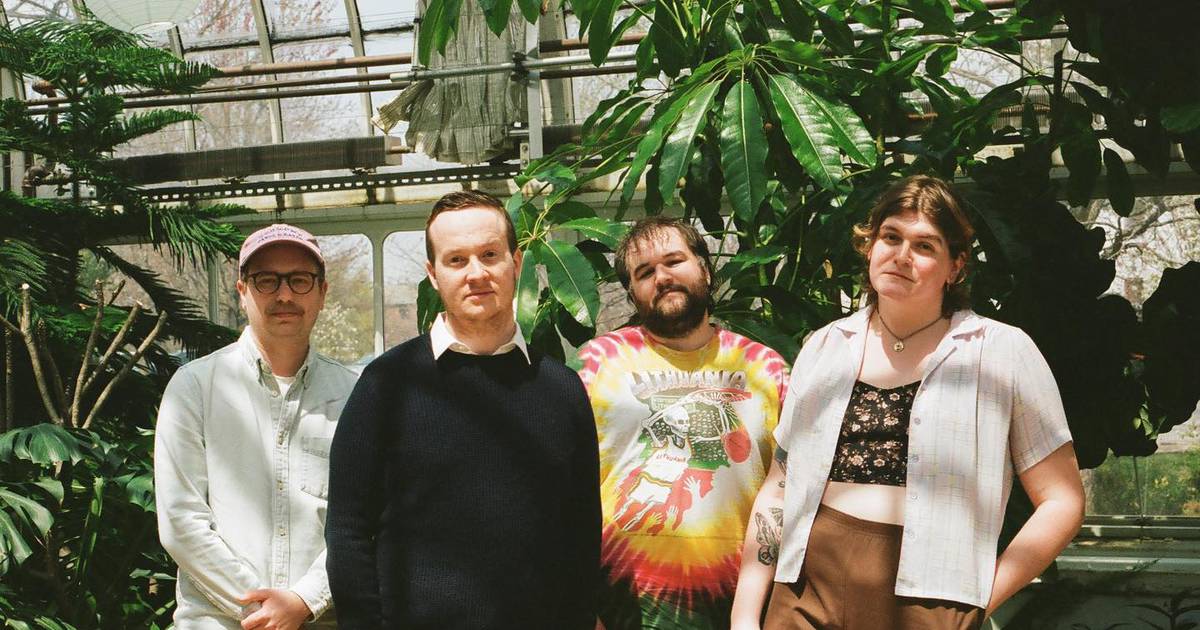 After a five-year hiatus, indie grunge pop band Gardens are back with a new single, “Dream House,” and a new musical direction. Band members Ilana Glyman, Jordan Brasko, Jackson Mills and Jake Newling say the hiatus has been transformative, not only for the band members as a whole, but also for how the band wants to pursue music in the future. . Gone are the days of chasing after label deals and financial gain. No, Gardens is interested in something much simpler: music for music’s sake. “Dream House” debuts on July 25.

After forming during their college years in 2013, Gardens immediately released an EP in January 2014. Soon after, they embarked on releasing an album. “Writing has always been the part that I really enjoy and thrive in,” Glyman said of their eagerness to release more music. After recording in the Bay Area, their first record was released in late 2014. Soon after, they played a series of house and DIY shows before embarking on another record, “Maricopa”, which they recorded in the same bay studio. Zone and released in 2017.

“It was kind of weird after we recorded the album. It just took us a long time to get it back. Like, almost a year,” Glyman recalled of the band’s state. At that time, it was difficult to keep people engaged. And we were all starting to focus more on other things in our lives.

In 2017, after careful consideration, the band went on indefinite hiatus. Many band members were at transitional stages in their lives. Jackson Mills, for example, planned to leave the band after accepting his first salaried job, and the band was looking for a replacement.

“For me, a lot of it came from that trance. I felt like I needed to take some time for myself and just focus on myself and it felt like a natural moment to put a break on Gardens,” Glyman recalled. She later came out as trans and moved to Austin, Texas for a few years for a fresh start and a change of scenery.

While the band joked about reuniting in the years since their hiatus was announced, talks of reform didn’t come up until earlier this year. In January, Glyman began work on a new song. After showing it to the band members, she asked if they had any interest in recording a single.

“And even then, I was kind of presenting it as part of ‘We kind of failed after ‘Maricopa’ and it was a weird ending. Let’s maybe just do one last single as a crowning achievement for Gardens,” Glyman recalled.

Fortunately, the other members of the group were on board to work on the track immediately. As they began to train together, they also found their old groove, which led to the creation of another track, their new single “Dream House”.

Recorded in April, the new track is the band’s strongest work to date. Embodying the best elements of their music past (especially their penchant for strong, smart songwriting and Glyman’s warm vocals), the track mixes elements of grunge and indie pop for a nostalgic wonder. It’s a track that will sound instantly familiar to listeners of late ’90s and early ’90s indie pop, but it’s not trapped in the past.

If “Maricopa” was a moment of creative and personal transition for the band and lead songwriter Glyman, then their new music like “Dream House” is what happens when you’re on the other side of it all. Unlike their experiences as a band in their early twenties, which were driven by a desire to be signed to a label and get paid to create, the band have now said they operate with “a state of mind without parameters”.

“We’re not on tour, we don’t plan to do shows. We would if that happened,” Mills said. “But we write and record as we want.”

Gardens’ music sounds accomplished and self-assured, something that can only come after years of personal and interpersonal growth. “I feel more liberated as a person now, and I feel like our mindset with the band has evolved with that as well,” Glyman said. “We are who we are at this point, and everything we do is cool if we’re happy with it.”

Britt Julious is a freelance critic.

Let there be dancing, drama, music and Harry Potter’s birthday

Listen to Doldrey’s single “Blood Of The Serpent”