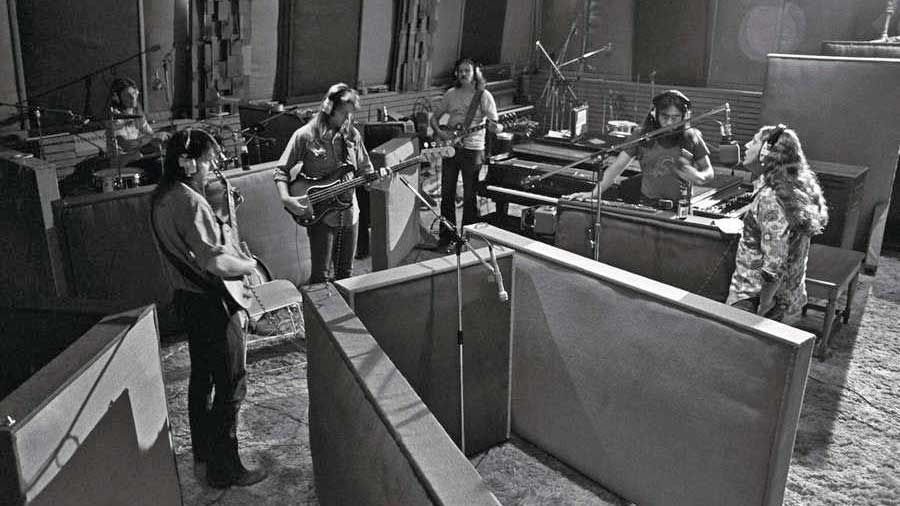 Although it was almost exactly 50 years ago, Doug Gray still remembers the day his Marshall Tucker Band bandmate, guitarist Toy Caldwell, introduced the band to a new composition called Can’t you see during a rehearsal in their hometown of Spartanburg, South Carolina.

“Toy came in and said, ‘I want you to hear this song I’ve been working on; I have an excellent first verse”, says the singer with nostalgia. “I had to write the second verse on a piece of brown paper because Toy couldn’t remember it. I still have that piece of paper, actually.

Caldwell’s first arrangement was quite primitive, and after the band decided that what they really needed was a flute intro, they turned to their talented multi-instrumentalist Jerry Eubanks. The flute is not used much in Southern rock, but Eubanks’ dipping, summery solo, reminiscent of a summer lark, has become a signature feature of the song.

“We knew we didn’t want a run-of-the-mill guitar or piano part, so to make it unique, we called up our buddy Jerry and he found something that fit,” Gray says.

Although he might have gotten territorial, when the quintet arrived at Capricorn Sound Studios in Macon, Georgia to work with producer Paul Hornsby, Gray offered the songwriter Caldwell to sing the song for him. .

“It was better suited to a rougher voice than mine,” he reasons. “I knew right away that this song wasn’t mine. [as the singer], it was America’s song. He belonged to the universe.

“I went through it a couple of times and purposely sang like shit,” Gray laughs. “So we gave it back to Toy and he dropped it off in ten minutes, much better than me. He sang like he was testifying. Now that it’s become a universal song, I always ask the audience – who is made up of people from ten years old to people older than me, and I’m 74 now – from singing the first verse. Now all of these people are testifying too.”

“Even yesterday I was singing this song in North Carolina and Nevada the day before, but we had no idea the song would become so popular,” he continues. “Can’t You See has been heard in pubs and clubs and on stages around the world.”

Colored by lyrical references to driving a freight train, Can’t you see paints an evocative picture of South America, though with its subject matter aimed at ‘ffind me a hole in the wall‘ and ‘crawl inside and die’ there is also darkness present. It’s definitely a song of contradictions.

“It really is,” Gray agrees. “And we only realized five years ago that the titles of all our albums from the second onwards have references that all correspond. [and escapism in general]of A new life [’74] and In search of a rainbow [’75] until the newest we’ve done [2007’s The Next Adventure]. It was not intentional, it just happened. »

The Marshall Tucker Band’s self-titled debut album was a US Top 30 hit, but when Can’t you see was released as a single, it peaked at No. 108. Capricorn later tried again, but it barely came close to the Top 75. Although the song was never a huge hit in terms of sales, it enjoyed longevity and fame.

“It’s true, and I don’t know why,” Gray says. It certainly helped the band achieve a few bigger hits in the same decade, including fire on the mountain and Heard in a love songwhich allowed them to grow.

“I could play you a version of Waylon Jennings singing Can’t you see [in 1976]enthuses Gray. “The Zak Brown Band cut it with Kid Rock [2010]. It made us a massive number of friends, and that’s before we got into the contestants who cover it on TV singing shows like The voice. It’s in five Netflix movies right now.

The song was also covered by Black Stone Cherry and, uh… Poison. Does Gray know them? “Yeah,” he says. “I have about forty versions of Can’t you see by other artists.

This year marking the 50th anniversary of the Marshall Tucker Band, Gray intends to keep playing until he drops.

“The original band was only together eight years and I’m the last of those guys, but what makes me most proud is that we’re still going strong,” he beams. “Most of the current guys have been with me for twenty-five years and it’s a solid group. It will be so until I say goodbye from my stretcher after my death on stage. I will not retire. There’s still too much pleasure left in me.”

Lynyrd Skynyrd is on his last tour, and friend and MTB collaborator Charlie Daniels passed away in 2020. When asked if Gray fears for the future of Southern rock, he sidesteps our question.

“The new way is the old way – that’s how it should be,” he insists. “Blackberry Smoke does it well. They’re not hard rockers, they have meaningful songs and they’re creating new memories from what happened before.

But compared to the goliaths of the genre, why isn’t the Marshall Tucker Band better known?

“We’ve never benefited from a death,” he replies, leaving that remark hanging for a moment. “So many other bands have done it. People tried to make us do the same [Toy Caldwell died in 1993, a decade after leaving; his bass-playing brother Tom died in a traffic accident in 1980]but we just wouldn’t.

Marshall Tucker has only visited the UK once, with label mates Grinderswitch and Bonnie Bramlett as part of a 1976 Capricorn Records package called Straight Southern Rock, but Gray has no regrets.

“I wouldn’t have done anything different,” he concludes, his eyes sparkling. “I did my share of every medicine you could find and every experience you could have wanted. When the southern bands came out together, I protected them.

“I had the ability to act directly to explain that a television set exploded after a beer was poured on it: ‘I don’t know what happened, sir…that thing just exploded!’ I knew my brother Ronnie [Van Zant, of Skynyrd] I did, but I lied like an asshole. Someone had to do it!”