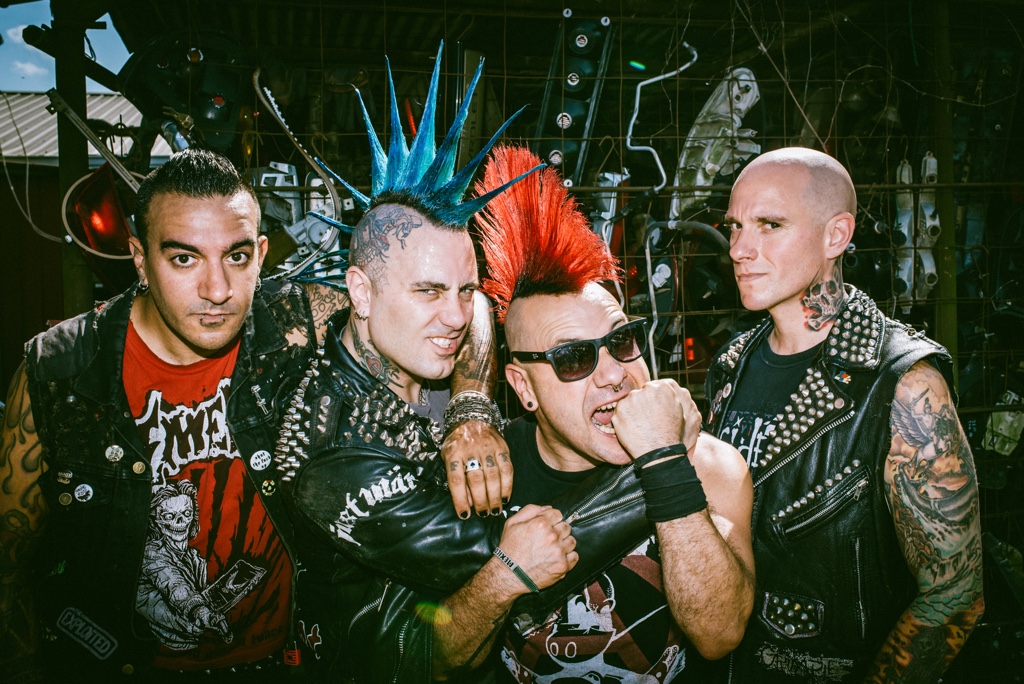 Tickets, which range from $45 for a day pass to $300 for a VIP weekend pass with camping on the grounds of Circle Drive-In (1911 Scranton/Carbondale Hwy., Dickson City ), are on sale now at pre-registration prices at camppunksylvania.com. Use code EARLYBIRD to save $25 on weekend passes.

The first Camp Punksylvania took place at Four Quarters Farm in Artemas last September and featured Voodoo Glow Skulls, The Queers, Blanks 77 and Public Serpents among many other established and up-and-coming punk bands.

Formed in Huntington Beach, California in 1988, Guttermouth was heavily influenced by the Southern California punk rock scenes of the 1980s which spawned bands such as Adolescents, Social Distortion, The Vandals, Fear, Descendents, Angry Samoans, Bad Religion and Black Flag. . The band took these influences and developed their own style of fast punk tempos and humorously sarcastic, offensive lyrics coupled with equally outrageous and offensive behavior, developing a reputation for chaotic live shows.

In 2017, Guttermouth released a double LP titled “The Whole Enchilada” via Rude Records in collaboration with Bird Attack Records. Coming soon after the release of their 2016 EPs “I did it” and “New car smell” the album consists of reworkings of the band’s greatest hits in a live environment enhanced with three previously unreleased tracks, as well as a remastered version of both EPs.

“This sizzling recording captures the true essence of Guttermouth’s live show with all the debauchery you’ve come to expect from these clowns…or us,” said singer Mark Adkins. “Two new studio tracks are also included in Guttermouth’s magnum opus.”

This record is the perfect blend of what they are – a must-have collection for hardcore fans and a great way to get to know one of the defining bands of the American skate punk scene. It’s surely a must-have for anyone who loves fast riffs, stuck-in-the-head choruses and outrageously funny lyrics.

No cow is sacred. No beer is safe. No line can be crossed. Their don’t care attitude is what made people fall in love with punk music the first time around. That or hate it – it’s pretty much the same for Guttermouth. With nearly 30 years of touring, nine full studio albums, six EPs and two live albums, they’re ready to hit the road again and continue to shock their global audience.

Established in New York in 1990, The Casualties combine influences from the classic punk sound of GBH, The Exploited, English Dogs, Discharge and UK Subs with modern extreme sounds and a thrash/crossover edge, becoming one of America’s street music most revered. punk bands around the world.

It was well-received, so in 2019 the legendary band returned to the studio to unleash their fury on some of the highlights from their extensive catalog, dating back to their 1997 debut album. “For the Punx.” The result was “Until death,” which includes all new supercharged versions of classics such as “Unknown Soldier”, “We Are All We Have”, “Punk Rock Love”, and more.

The group continues to thrive with Rodriguez as they tour the United States and Europe in 2022.

Ask the members of Get Dead how long it took to release their last album and they’ll probably say “forever.” Even though the San Francisco band started recording it more than two years before its 2020 debut, “Dancing with the Curse” (Fat Wreck Chords) seems perfectly timed at the moment.
​
Look no further than the song ‘Pepperspray’, written long before the protests in the summer of 2020. They had started collaborating with activist/artist collective Indecline on a video before the George Floyd protests broke out . If there was a moment to share the message of “Pepperspray”, this was it.

“We just wanted to be able to cut through the noise and kind of have an impact,” singer Sam King explained, “and try to let people know that what they’re doing is OK and that the people are behind them.”

Get Dead only rolls five deep – King, guitarists Mike McGuire and Kyle Santos, bassist Tim Mehew and drummer Scott Powell – but “Dancing with the Curse” sounds like an army. Produced by the D-Composers (Fat Mike, Johnny Carey, Baz Bastien, Yotam Ben Horin) and Chris Dugan (Green Day), its 12 songs are based on those of 2016 “Honesty lives elsewhere” without rehashing it.

As the record features Get Dead’s signature NorCal punk sound, balancing the bombshell with a lifted bounce and dirt-stained acoustic songs, listeners will notice some curious moments. Subtle electronic flourishes lurk in songs like “Disruption”, “Glitch”, “Confrontation” and “Take It”. The album opens with an atmospheric intro built on King’s gravelly vocals and hip-hop-influenced cadence – a happy accident.

“I was supposed to send Fat Mike a new demo for one of the songs,” King recalled. “I ended up sending him some of my stuff that I used to fuck around the house with because I was doing hip-hop stuff. I sent that to him and he really liked it. He’s like, ‘We put this as the intro.’

These sonic detours suit a band not known for staying in one place too long since forming in 2007. “Our first EP was hardcore, then the next one was purely acoustic, almost country shit,” King noted. . “We get bored easily if we just had to stay the same.”

And after writing “Honesty Lives Elsewhere” in the wake of a friend’s suicide, Get Dead was ready to move on.

“I don’t think anyone really realized it was happening, as much as it was a way for us to process what happened,” King said of writing “Honesty.” “It just so happened that we were supposed to make an album at that time. That one was a disappointment, man. This one is much more optimistic, more in line with what we normally are.

Reaching this place was a process. Get Dead originally recorded with Chris Dugan, but Fat Wreck Chords co-founder Fat Mike heard the songs. “He was like, ‘No, you can do better than that,'” King said with a laugh. The group therefore decamped to Six Floggs Studio in Los Angeles to continue with D-Composers.

“Chris did an amazing job. It sounded great and we were super excited,” King noted. “Mike knows how to keep us on track with our stuff and just calls us on our bullshit. I’m glad he and those boys made us do what we did because it got a lot better. But it’s been a long journey, that’s for sure.
​
Yet valid. “Dancing with the Curse” is Get Dead’s most self-assured album to date, perfectly suited to the times – raw, energetic, frustrated, but ultimately rebellious.