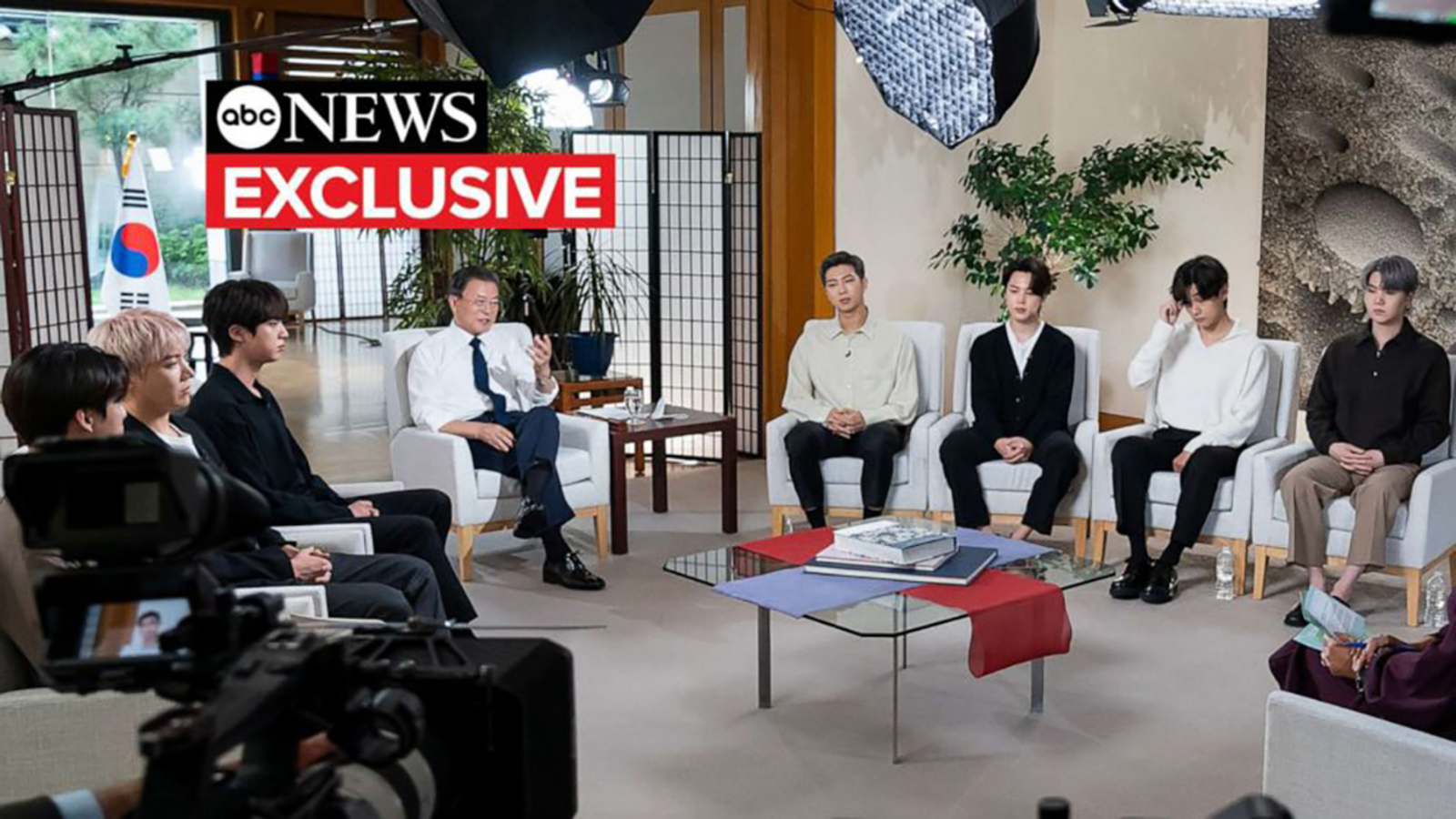 “It’s always hard to believe we gave a speech and a performance,” BTS’s Jungkook told ABC News in an exclusive joint interview with Moon Tuesday. “Being appointed as a special envoy … I had the impression that time had stood still … I take [this new appointment] as a sign of hope and advancement, which means a lot to me and makes me happy. “

ABC News spoke with Moon and the group to talk about their new roles as “Special Presidential Envoys for Future Generations and Culture” to promote global diplomacy and attract younger generations.

“It was much more effective than the UN secretary general or myself giving hundreds of speeches,” Moon said, noting that millions of people watched the UN flow of speech and performance. live from the group.

Moon and BTS together attended the United Nations General Assembly to highlight climate action, the pandemic, the importance of vaccines and sustainable development.

RM of BTS said there are different ways fans can tackle climate change.

“I think in the end, small changes can make a big difference, starting with proper recycling … awareness of disposables and [the] the use of cups, ”he said.

Looking ahead, BTS member J-Hope said what the group wanted to do the most after the pandemic was a gig, and said he hoped “a lot of people get vaccinated and that it becomes an environment where we can safely have a concert. “

“This is what the fans want and what we want,” J-Hope continued, adding that he hopes one day people can “talk to each other face to face and hug each other again.”

The exclusive joint interview with Moon and BTS will air on Friday, September 24, starting with “Good Morning America.”