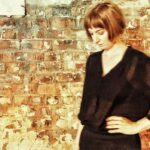 LoneLady (real name Julie Campbell) is a solo singer, songwriter and producer from Manchester, whose influences include post-punk, electronic and pop. She started making recordings in the early 2000s on a 4-track cassette recorder in her tower block apartment in Manchester while completing a fine arts degree. As her name suggests, LoneLady writes, performs and records all components of her music, building her own sonic universes in a solitary creative process.

Julie’s terribly urgent debut album ‘Nervous‘ was released on Warp in 2010 to critical acclaim. His second album ‘Countryside‘ was critically acclaimed in 2015 and the four singles released from ” Countryside “ reached the ‘A’ Playlist on BBC6 Music and in the same year Julie also received a Sky Arts nomination for Best Breakthrough Artist. Last year saw the third installment of LoneLady long players with the arrival of the eight air ‘old things‘ album.

LoneLady has now shared a new track ‘Colors of Fear (DMX Krew Remix)‘her last offer ‘Ancient Things >> Re-Formed‘ – a 4-track EP of remixes from his recent album – “The Old Things”. Featuring remixes from The Other Two (Stephen Morris and Gillian Gilbert of New Order), DJ STINGRAY, DMX Krew and LoneLady herself, this next installment is set to be released via Warp on October 21st.

Speaking about his remix, DMX Krew said: “I wanted to keep the new wave vibe but also push it towards a Minneapolis/Prince/Jam & Lewis feel so that’s what I tried to do. Julie said I made her look like Sheila E, and I think we’re both happy with it.

LoneLady adds: “DMX Krew’s remix of Fear Colors upped the playfulness with some cheeky but soulful nods… It has undertones of a late night in the studio with Wendy & Lisa, the champagne corks and Linn Drums-a- popping, and I love it!”

LoneLady has toured the UK and EU over the past year including supporting Primal Scream and will be touring again this month with 10 dates across England including an appearance here in Brighton Sunday, October 23 at Attenborough Center for the Creative Arts (ACCA) which is located on the University of Sussex campus in Gardner Center Road, Falmer.

Also on the bill at the Attenborough Center for the Creative Arts concert Coby Sey. Buy your concert tickets in Brighton HERE and tickets for all 10 dates can be found HERE.

USD/JPY consolidates in a narrow band around 145.00, NFP eyes for further momentum