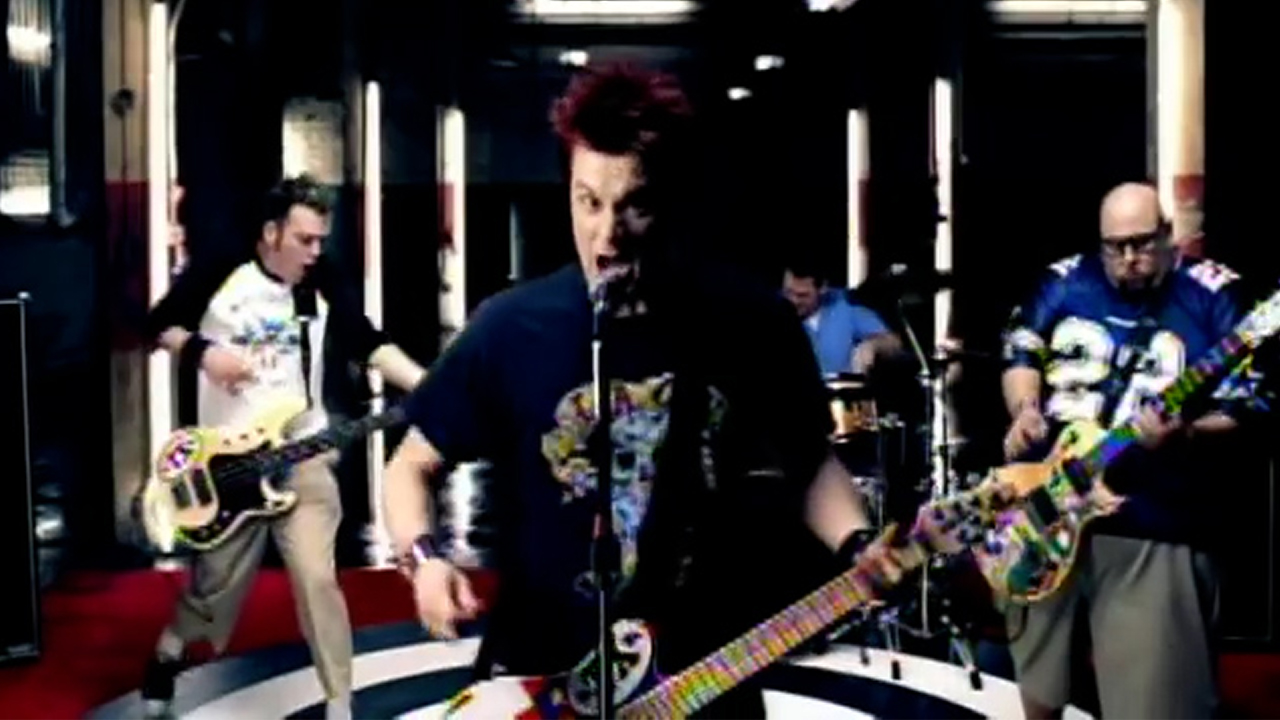 DENTON (KFDX/KJTL) — Wichita Falls’ list of Grammy-nominated artists is short, but it includes four men who walked the halls of Rider, Old High and Henrietta.

Nearly 30 years after their 1994 debut, the Bowling For Soup boys continue to make music, releasing their eleventh studio album in March 2022.

KFDX digital reporter Josh Hoggard spoke with Bowling For Soup frontman, Jaret Reddickon Thursday, October 13, 2022. They began early in the Bowling For Soup story when they were just four high school students from the Wichita Falls area forming a band.

“Honestly, it was just something for us to do,” Reddick said. “Wichita Falls is a good sized town, but there’s not much to do and lots of issues to deal with, and it’s the 90s.”

Reddick and his buddies, Chris Burney, Lance Morrill and Erik Chandler are founding members of Bowling for Soup, but they all started out in different groups.

“Chris used to run a little cafe on Grant Street,” Reddick said. “It was called the Refuge. He could bring in some really good bands, but he also gave local bands a place to play.

Reddick and Morrill were in a band. Morrill also had a band with Burney and Chandler. When the two groups broke up, the remaining four members of those two groups created a new one.

“Bowling for Soup started in 1994 in a little mall there on Beverly Drive by Stanley’s #2,” Reddick said. “On July 3, 1994, we played at Memorial Stadium during the big fireworks display, and it was our very first show.”

A few years later, the guys moved to Denton, signed a recording contract and decided to get started.

“We signed with Jive Records,” Reddick said. “And our first… major label debut album didn’t do so well.”

Despite a lack of commercial success, the band’s fanbase grew steadily. They started touring in Texas and Oklahoma. They continued to write and perform music.

And then, in 2002, one of their songs was picked up by a pop radio station. This song is called “Girl All The Bad Guys Want”, Bowling For Soup’s first big hit.

“All of a sudden it was on pop radio everywhere,” Reddick said. “So in 2004 things definitely started to change. We had been in a van for nine years, then all of a sudden we were on a tour bus, flying everywhere.

They’ve been rolling ever since, releasing their eleventh studio album just a few months ago. Reddick said they are doing more now than they ever have.

“We’re doing more business than ever,” Reddick said. “Our shows are bigger than they’ve ever been, and again, I think that’s a testament to fan loyalty.”

That’s not all Reddick has done, however. He recently released his first solo album as Jaret Ray Reddick, titled “Just Woke Up”. And it’s not punk. It’s not even rock. It’s a country album.

“I grew up in Wichita Falls,” Reddick said. “The country is king there.”

Reddick said it was an idea he had always had, but the onset of the COVID-19 pandemic really set things in motion.

“I always knew I wanted to do a country record,” Reddick said. “And so, the pandemic happened. I was just like, yeah, let’s do it, and that’s literally how it happened. We wrote the whole album in three weeks, by SMS.

But what makes a decorated punk rock veteran decide to go country?

“The country has always been there,” Reddick said. “A huge influence in my writing, Bowling for Soup, if you really break it down, the songs are stories, and it all comes from country.”

Believe it or not, Reddick’s small-town Texas upbringing played a part in the record.

“Despite some of the hatred I had for the song ‘My Hometown,’ I’m glad I grew up in Wichita Falls,” Reddick said. “I draw most of my inspiration for songs and stuff from my childhood, and that was a big part of it. You know, playing in the marching band at the Rider or playing sports at the McNiel.

They’ve come a long way since 1994, but Reddick said he’s proud of where he came from.

“I grew up listening to 99.9 KLUR every day to find out what the lunch menu was,” Reddick said. “Big Jim Russell used to tell us who had lunch of the day…It’s my childhood.”

Reddick said the other Bowling for Soup guys had the same fond memories of Wichita Falls.

“Wichita Falls is near and dear to all of our hearts. We talk about it all the time,” Reddick said. “Everyone has memories of all the different training locations we had.”

Reddick said they all miss food and talk more about local restaurants than anything else.

“P2 and that you can drink beer in your car. Then we get into the hamburger argument,” Reddick said. “If Gene’s Tasty Burger is better than Pat’s, and Pat’s is better than Ronnies, and then it’s like, where were the original red tacos? No, it’s not good!”

So, are they ever coming back to Wichita Falls?

“Man, the Wichita Falls conversation comes up all the time,” Reddick said. “Actually, we just had an opportunity just before the lockdown… It was going to happen. I’m sure I’ll get through this, at least as a country artist.

Hoggard and Reddick’s conversation can be found in full below:

Of course, Reddick couldn’t leave without answering the age-old question, exclusively on KFDX, for the first time on TV.

“We bowl for soup because that’s what we do for a living,” Reddick said. “I imagine the soup would be food, money, life. So we are bowling to earn it. However, I have made it very clear that if the soup ever needs us, we will be there in his name.