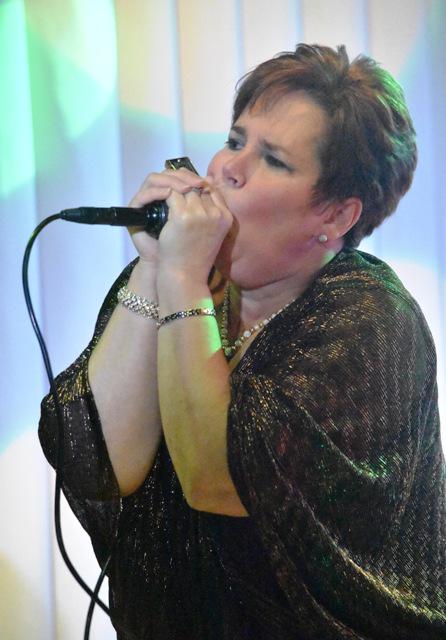 The festival season begins, bringing even more live music to our state.

On Friday, Christine Ohlman & Rebel Montez will appear at the Mystic Hilton with special guests The Sin Sisters. This free show in the early evening, rain or shine, is a great opportunity to hang out in a beautiful setting. The queen will court with the boys Montez, for an evening of trendy music.

Diane Blue and her All Star Band are at Daryl’s house on Friday. Blue is the lead singer of Ronnie Earl & the Broadcasters. She was recently nominated for a Blues Music Award 2020 in the Contemporary Blues Female Artist category. When not playing with Earl, she leads a star group, performing original blues and soul songs and covers.

Daryl’s house is busy with live music on the Back Porch, featuring Artie Tobia on Saturday at 3pm. In the evening, it’s Erin Mckeown. Then on Wednesday, Daryl’s brought in the Gabe Stillman Band. It’s a three-part machine that runs at full throttle for every performance. While their sound is unmistakably rooted in the blues, the band draws from the deep well of all American roots music.

On Thursday, Daryl’s House has the Menza Madison Band, a powerful five-member collaboration formed in 2017 and sparked off by the passing of blues / rock legend Gregg Allman. The group is led by Tracy Madison on soul vocals and Mike Menza on guitar.

The group has a mission: to keep the flame alight. The Menza Madison Band wants listeners to remember one thing â€œThe blues is life. Not only the difficulties and struggles of the human condition, but also love, joy and life. It is about the soul. It will make you cry, smile, kick your ass, and lift you up all the same.

Back to Friday: Broadbrook Opera House hosts Jeff Pitchell & Texas Flood. Other Friday shows include: Tracy Jo and the Toads are part of the show at the Scandinavian Club. Stamford Palace has the Grateful Dead All Stars CT. Cassandra and the Knighthawks are at the Deemans Bar Grill.

On Saturday, the Amps are delighted to announce that their newest member, bassist Tim Leffingwell, a soulful young cat with a fine tone and tasty chops will join them at the Strange Brew Pub.

Now for Saturday’s shows: Lori & the Legends from Bristol invites you to PB’s Grille in Thomaston. At Wakeman Town Farm (outside), Terrapin gives a concert to benefit CLASP Homes. At Church Lane, the B side is on the outside.

Come welcome Brian BB Ready to Larry & The Wolfmen at Elenni’s Family Restaurant and Pub on Saturday or join Snake Hill Blues at the Short Beach Music Festival for a 2:30 p.m. show.

Saturday is a Dead Show Party at Crystal Bees. This is a top notch homage to Grateful Dead Dead Show is back. This group of 5 musicians always delivers an incredible catalog of Dead classics, deep tracks and solo covers by Jerry Garcia; The group includes guitarists Jeff Martinson and Mark Paradis.

On Sundays outside Rory’s there’s Ol ‘Moose & Friends, while BRYAC has Laughin’ Bones.

After 16 months, Danbury Palace reopened its doors last Saturday. The theater has been cleaned from head to toe; and they have improved air filtration with HEPA filters. The marquee is re-lit with all LED bulbs, and the entrance is painted with beautiful historic colors from their past.

Lee-Ann Lovelace was at Curtain Call (Kweskin Theater / Dressing Room Theater), Stamford. She writes that she is still in shock and totally humiliated. The reason? she won the VocalMatch competition. Mike Griffin’s winning song made him cry last week, and having the opportunity to perform and sing it his way was priceless. The support of a large group, friends and students made this one of the most special days of her singing career.

On Saturday, the Hudson Valley Blues Society presents â€œRoad to Memphis,â€ a full day of blues music, with eight groups competing to represent the Hudson Valley at the International Blues Challenge in Memphis.

The Full Stop Blues Band takes the stage at 1 p.m. to get the party started. Meadow Blues Coffee in Chester, NY, is hosting this event in its outdoor Blues Garden.

This year’s Briggs Farm Blues Festival kicks off July 8 with a tribute to the music of the summer of 1970. Bret Alexander & Friends will set the tone for a groovy weekend at the Back Porch Stage, as they recreate the music the Rolling Stones, John Lennon, Jethro Tull, Van Morrison, Black Sabbath, Janis Joplin, and more. Between sets, Mike MiZ and the band will entertain with covers of Grateful Dead’s American Beauty & Workingman’s Dead albums.

North Mississippi Hill Country blues guitarist, singer and songwriter Cedric Burnside has been selected as one of nine recipients of the 2021 National Endowment for the Arts (NEA) National Heritage Fellowship. The Heritage Fellowship is the nation’s highest honor in folk and traditional arts.