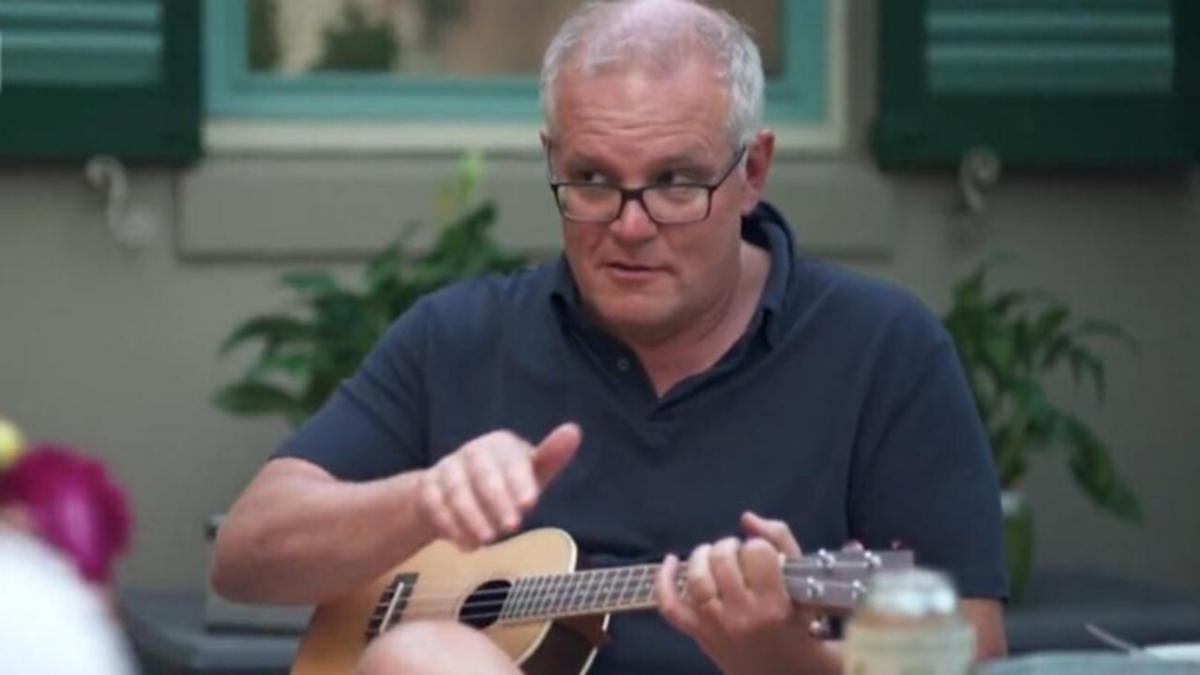 Prime Minister Scott Morrison is facing fresh criticism following an intimate behind-the-scenes look at life at home with his family.

In an interview on Sunday evening, Mr Morrison and his wife Jenny were asked about Brittany Higgins, Grace Tame and the PM character as well as the family’s infamous vacation to Hawaii during the Black Summer bushfires of the beginning of 2020.

On Monday morning, the band chimed in – sharing a TikTok video in which Mr Morrison plays the instrument in front of superimposed images of the bushfires.

“Once again, Dragon is famous for all the wrong reasons,” the band wrote on their Instagram post.

As the Morrisons apologized for their trip to Hawaii during the 60 Minutes interview, the use of the ukulele seemed pointed.

In the build-up to the interview, commentators had linked the Hawaiian musical instrument to the ill-fated journey during the deadly bushfires.

After asking the couple what they could find the time to do if they lost the next election, Stefanovic then adds, “You could go to Hawaii!”

Earlier, Ms Morrison acknowledged how the couple had ‘disappointed’ the Australian public with their holiday.

“I’m more than sorry if we were disappointed,” she said.

“So… I wish this had never happened. But I can’t change it.

An open letter from a Cincinnati sports fan