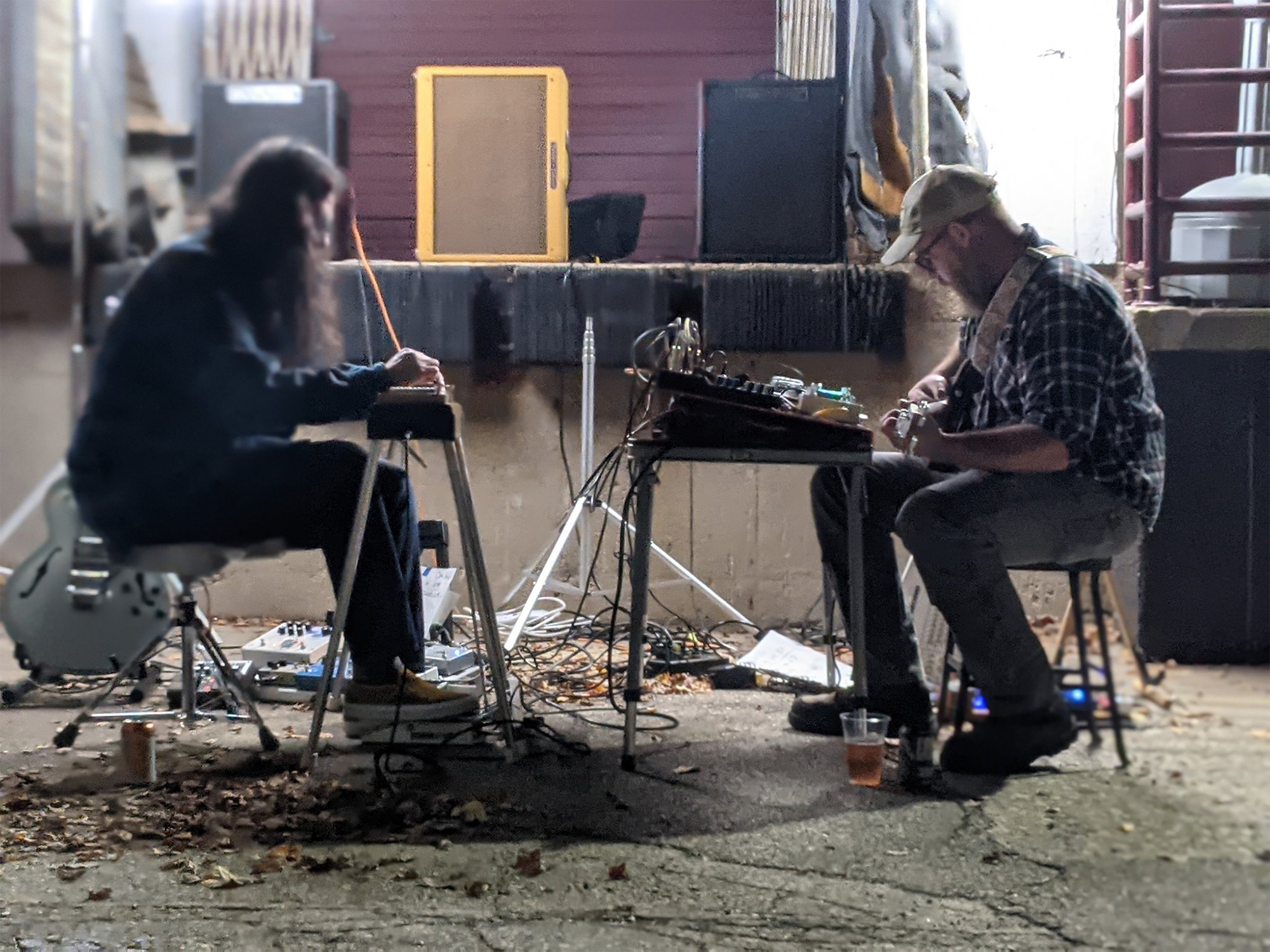 A country and heroic exit show on screen – Tone Madison

Along with other events, we recommend heading to Madison, September 12-18.

We partner with the wonderful independent email newsletter Madison Minutes to bring you event recommendations each week. Some of these articles will appear in Madison Minutes‘ weekly event email, and all of which will appear here.

A few notes: This overview of events is, as before, selective and not exhaustive. Each week, we’ll focus on a handful of things our editors and writers find compelling, and that’s it. We will write a few and list a few more. It will take us some time to regain our full strength with this part of our coverage, as we have had so many other exciting and challenging things to work on lately. Please contact us with suggestions – and information about your event, as long as you are able to get it to us a few weeks in advance – at [email protected].

Earlier in September, Tyler Fassnacht (Proud Parents, Baby Tyler) continued his folk-leaning TS Foss project with the single “Grown Used To It”. Following the release of this single, a small group formed by Fassnacht embarked on a short tour which will conclude with a stop on September 12 at the Bur Oak. New and slightly reworked material from TS Foss will be featured on this show, with the band appearing as a trio. Joining Fassnacht on the bill will be two more acts Your Madison featured: American pop artist Julia Blair and alt-punk mainstay Graham Hunt.

Blair, who released the beautiful Better outside than inside earlier this year, has a wide discography to choose from which includes his work with both Holy Sheboygan! and Dusk. Hunt, who rose to fame in Wisconsin thanks to the frenzied power pop act in Milwaukee Midnight Rerunswill appear right after the release of the June superlative If you knew, would you believe it. Blair, Hunt and Fassnacht have all left a significant impression on the Wisconsin music scene as a whole and have proven to be incredibly versatile over the past decade. Having them all together on one invoice represents an opportunity not to be missed. —Steven Spoerl

Jane: an abortion service at the Central Library, room 301. Screening at 6:30 p.m. Free

From Maxwell Courtright’s July review: Kate Kirtz and Nell Lundy’s 1995 58-minute documentary of talking-head interviews with members and patrons of the Jane Collective is a kind of oral history that looks back to the time just before Roe vs. Wade was decided in January 1973. Between 1968 and 1973, a network of Chicago-based abortion activists known to members of the group as “The Service”, but more widely as the Jane Collective (in because of their code phrase asking clients to “ask for Jane” when calling to set up the procedure), have provided over 12,000 safe underground abortions. The film’s key teaching point is how it connects the abortion networks to other protest movements of the 1960s (civil rights, women’s rights, anti-war.) Many women in the Jane Collective were also active in these other circles, which allowed for better networking.

Kline takes a no-holds-barred approach to the ebbs and flows of meeting his heroes [as in the case of aspiring comic artist Robert Bleichner (Daniel Zolghadri)]. Robert’s part-time gig at a comic book store is filled with all the outcasts and locals one would expect at those establishments, much like Stephen Frears High fidelity. These scenes relate to anyone who actually spent more than five minutes in one. Each neckbeard is a Comic Book Guy caricature of The simpsonsascending and descending on the damage Sir Volkencraft can do to Baldur’s Gate.

Good Corners patiently brings together threads of ambient music and cosmic country, and the duo play here in celebration of their debut album. The best moments on corners bloody corners use the smooth, shimmering cadence of John Hitchcock’s steel pedal and electric guitar to gradually draw the listener into lingering melodic themes. Amid Hitchcock’s bent, resonant strings, Ryan Lansing uses a variety of elements (including synths, tape loops, and baritone guitar) to create atmospheres that are both wide open and full of scratchy, warm textures. .

The album’s six tracks give the duo plenty of time to soak in, the shortest at just under seven minutes. The overall effect is sometimes ominous and mournful (“Into The Sky”), sometimes euphoric (“We Have Always Been Here”), and sometimes it hits those in-between emotional zones where ambient music thrives (“Poor Lightning”). Good Corners recorded the album live to tape without overdubs, an approach that should translate well to a live stage. They will also donate proceeds from the sale of digital copies and tapes of corners bloody corners to Water Protector Legal Collective. —Scott Gordon

A delirious mix of superhero action and supernatural wuxia, The heroic trio (1993) is a truly odd showcase for three of Hong Kong’s biggest female stars. After a series of baby kidnappings that leave the police baffled, masked superheroine Wonder Woman (Anita Mui) tries to catch the mysterious baby thieves while hiding her identity from her detective husband. She soon discovers that mercenary Thief Catcher (Maggie Cheung) and cold-blooded assassin Invisible Woman (Everything everywhere all at once‘s Michelle Yeoh) are both linked to the crimes. Initially opposed, the three join forces to stop Invisible Woman’s master, a powerful eunuch (Shi-Kwan Yen) who is trying to take over the world.

Co-directed by gangster filmmaker Johnnie To and wuxia master Siu-Tung Ching, The heroic trio is a combination of the highly stylized and postmodern signatures of the two directors. However The heroic trio wasn’t a hit on the original release, everyone came together for a low-budget post-apocalyptic sequel (Executioners, screening on Friday, September 23) in the same year in order to recover production costs. Both films will be screened in a newly restored 4K DCP with English subtitles, a welcome upgrade from the dubiously dubbed Dimension Films releases that made cult films in the VHS era. —Ian Adcock

Your Madison, an independent culture and politics publication, invites you to our second office hours, this time at Giant Jones Brewing Company. Want to share feedback on our coverage? Are you looking for information to sponsor us? Editor Scott Gordon, Editor Oona Mackesey-Green and Editor Grant Phipps will be on hand to talk about all this and more!

We’re a reader-supported publication, so we like to reach out to the community and meet people who care about local media. This is an unstructured time for our readers and our community, so stop by whenever you want.