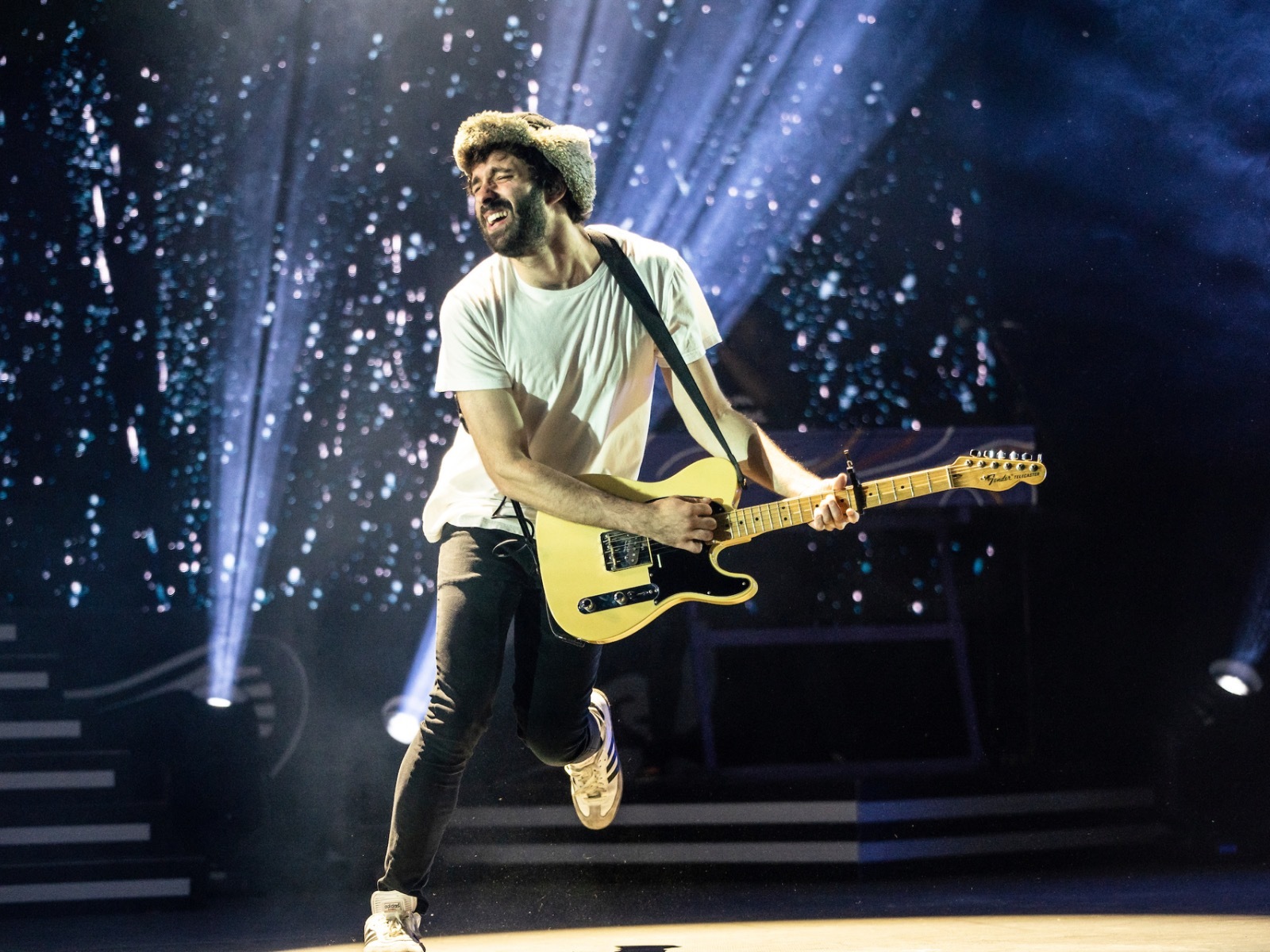 Fans have been patiently awaiting pop trio AJR’s return to Milwaukee after the band’s original gig was pushed back two years due to the COVID-19 pandemic…but let’s get to the good part.

With a new venue and AJR’s biggest show in Milwaukee, fans packed the American Family Insurance Amphitheater on the Summerfest grounds Saturday night for a night the 11,000 in attendance won’t soon forget. From the band’s opening performance of “Bummerland” to the closing encore songs, the trio of brothers (Adam, Jack and Ryan Met) delivered an unparalleled level of energy throughout the nearly 20-track setlist.

Here are five reasons why you shouldn’t have missed the “OK Orchestra” tour stop in Milwaukee last night:

We don’t know if it was perfect planning or if the live music gods were winking at AJR’s Milwaukee fans, but last night’s performance started with a literal bang as the natives from Manhattan performed their hit song of the same name. As AJR performed “Bang!” at the start of their set, the fireworks by the lake next door at PrideFest lit up the sky at the same time, creating a perfect moment to kick off AJR’s performance.

During the first half of their fast-paced performance, AJR paused to catch his breath and shared a hilarious story about meeting Elton John backstage at an iHeartRadio event. During the evening, Sir Elton approached the brothers to congratulate them on their massive country music collaboration with Justin Bieber – a record that doesn’t exist. Afraid to correct a caption, the band accepted the compliment and soon saw Dan + Shay take the stage … to perform their massive country music collab with Justin Bieber. They soon realized that Elton had confused them with the country duo, but then he came over to congratulate them on “Bang!” and some of their other hit singles. Either way, AJR has a memorable co-sign from Rocketman himself.

You can’t miss an AJR show because you can’t help but love Ryan Met. While all of AJR’s members are extremely easygoing, Ryan’s energy behind the keys and his comedic relief between songs is something their fans would never replace. One of the highlights of Ryan’s night came when he performed the band’s track “Joe” from their 2021 album “OK Orchestra,” from which the tour takes its name.

Although Adam, Jack and Ryan are the face of AJR, the quality of their live performance would not be possible without the talented musicians who complement their shows. Trumpet player Arnetta Johnson shines particularly during the group’s concerts. She was first introduced to the Milwaukee crowd during the band’s “3 O’Clock Things” performance and made several front-stage appearances throughout the show. Johnson also appeared in a few AJR music videos, including “Bummerland” and “Way Less Sad.”

Due to COVID postponements, fans have been sitting on their AJR tickets for more than a few years. Luckily, with the trio’s incredible stage presence and catalog of indie pop hits, the performance was easily worth the wait. Since the pandemic and the release of AJR’s “OK Orchestra” album, the group has only grown – so much so that the show has moved from the BMO Harris Pavilion to the newly renovated American Family Insurance Amphitheater, allowing to even more fans to enjoy the show.

AJR took time during their set to talk about their rise in Milwaukee, from one of The Rave’s smaller venues to the Eagles’ ballroom, to now performing on the Summerfest grounds in front of more than 11,000. fans, thinking every time they play the biggest set they will ever play in Milwaukee. The fan base has continued to grow and surprise AJR, and they have also tracked their fan base growth over the years. Don’t be surprised if the crowds continue to grow for upcoming tours, especially if AJR continues to deliver shows like they did last night.